More than 2000 3D printed bulbs, 50 feet of LED light strips and 92 hours of 3D printing went into the project 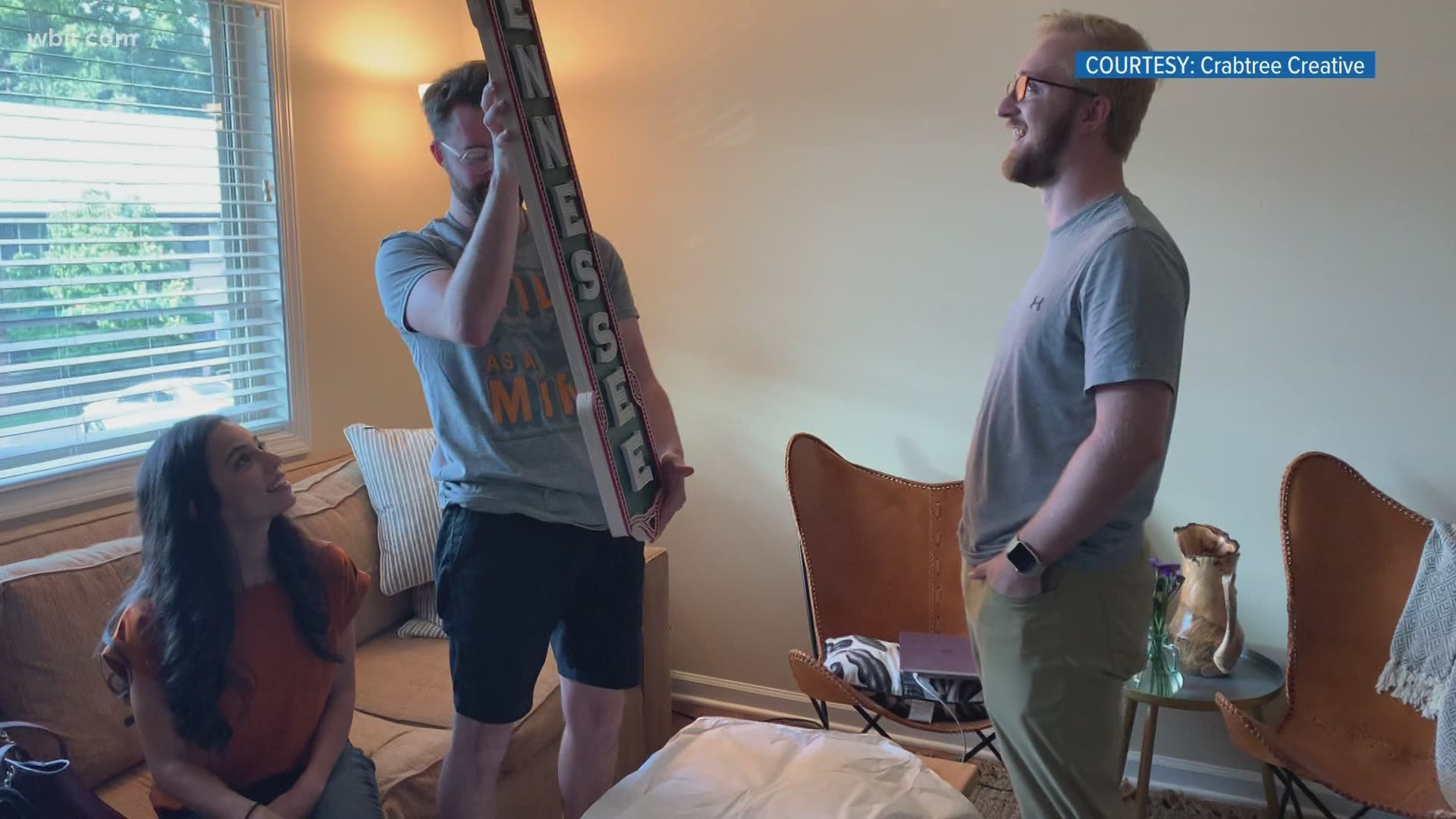 KNOXVILLE, Tenn. — Aside from the glistening Sunsphere, the green Tennessee Theatre sign that looms over Gay Street is one of Knoxville's most iconic symbols, and Scot Crabtree wanted to recreate it.

"I wanted to have something to remember my time in Tennessee. So, being able to create this sign gave me that ample opportunity. It was just a lot of fun to be able to build that thing," Crabtree, who lives in Ohio, said.

Crabtree specializes in taking digital designs and turning them into three-dimensional products, but recreating the theater sign was a challenge.

"On the original sign, there are thousands of lightbulbs. Finding the best way to represent those light bubs has been the biggest challenge of this project," Crabtree said.

In a Youtube video detailing the process, Crabtree compressed more than two months of work and nearly a hundred hours of 3D printing into a few minutes.

Like the original sign, Crabtree's is double-sided. He said he's going to display one in his Ohio office. The other side, he gave as a surprise wedding gift to one of his friends in Knoxville.

Credit: Scot Crabtree
Crabtree uploaded a Youtube video describing the process he went through to recreate the Tennessee Theatre sign.

"He was absolutely thrilled to see this thing in real life. He had no idea I was making it for him. And, it was just really rewarding to see him kind of freak out for a moment and realize what it was," Crabtree said.

Crabtree said he's received a few requests to make another sign, but he said he'd have to make several adjustments to duplicate it for mass production.