The pandemic may have taken away her audiences, but that's not stopping this cellist's students from hitting the right notes. 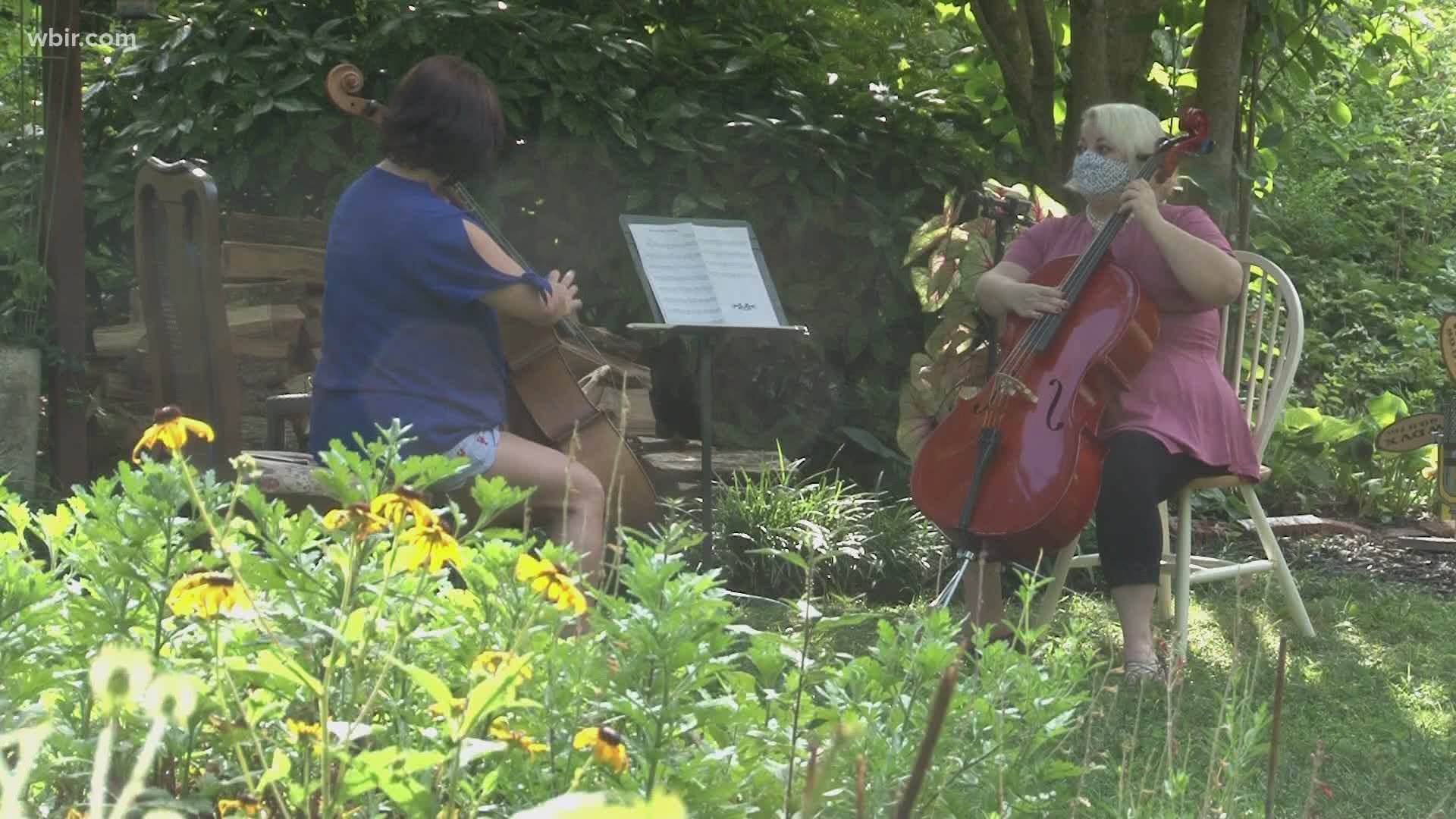 KNOXVILLE, Tenn. — With concert halls closed, events canceled and indoor performances at a halt — musicians are finding creative ways to fill the air with melodies.

One woman in North Knoxville offers cello lessons outside in her backyard.

Cellist Alexia Pantanizopoulos has lived in Knoxville her whole life, and music has played a vital role for her along the way. Now, like many other musicians during the pandemic, she's trying to find a rhythm during this period of global change.

"I've lost a lot of gigs during this time, which has been sad," Pantanizopoulos said. "Specifically weddings and the orchestras I've played in have canceled their upcoming seasons, so I've been a little uninspired."

So she began teaching the things she loves in a socially-distanced setting and started holding outdoor cello lessons.

"Doing cello lessons right now is gonna be the way to go for now and that's okay because I love teaching music and I love playing it," Pantanizopoulos said .

She and her students set up in her North Knoxville backyard. Her outdoor cello lessons are a way of finding harmony while everything else seems to be falling flat.

"But having these cello lessons outside and people being interested and wanting to do cello lessons has re-inspired me, so I'm thankful for that," Pantanizopoulos said.

Pantanizopoulos posted on Facebook to gauge interest in the unique lessons. She received multiple likes and some new students. Amie Swanson said the post was like a godsend to her.

“I’ve just always wanted to play the cello," Swanson said. “It was just perfect timing and she was doing it in the yard, so it was just something that worked out great for something I was looking to do.”

The student's age or skill set doesn't matter — Pantanizopoulos can guide anyone with a will to learn.

"It's the closest instrument to the human voice, so it really is the best instrument for one to learn and love," Pantanizopoulos said about the cello.

Since the virus stole her shows, she's relied on grants and help from the MusiCares Foundation and the Arts and Culture Alliance in Downtown Knoxville.

"Music is therapy, and definitely during this time we could all use some music therapy," she said.

While right now she hears a type of "cicadence" with the bugs chiming in the background of her solo outdoor summer symphonies. She also said she can't wait to be back on stage.

"I want an audience," she said. "I want to have an audience again. I wanna see people in the audience you know smiling and getting moved by music and I wanna be on stage again with my other musician colleagues and my conductors. I miss that connection on stage and the audience connection."

RELATED: “Yeah, I can’t see. That shouldn’t stop me from what I want to do” | Blind drum major leads Claiborne High School marching band

In the meantime with her bow in hand and fingers on strings, she'll keep sharing her love of music in a world of discord.

Pantanizopoulos also has a performance company called AP Strings and plays with the Johnson City and Hendersonville, NC Symphonies.

Anyone who wants to get in touch with her to schedule an outdoor cello lesson can email alexiacelli@yahoo.com or contact her on Facebook.