"The first time I rolled into a room with 200 other Ainsley’s Angels, I’ve never experienced that kind of acceptance." 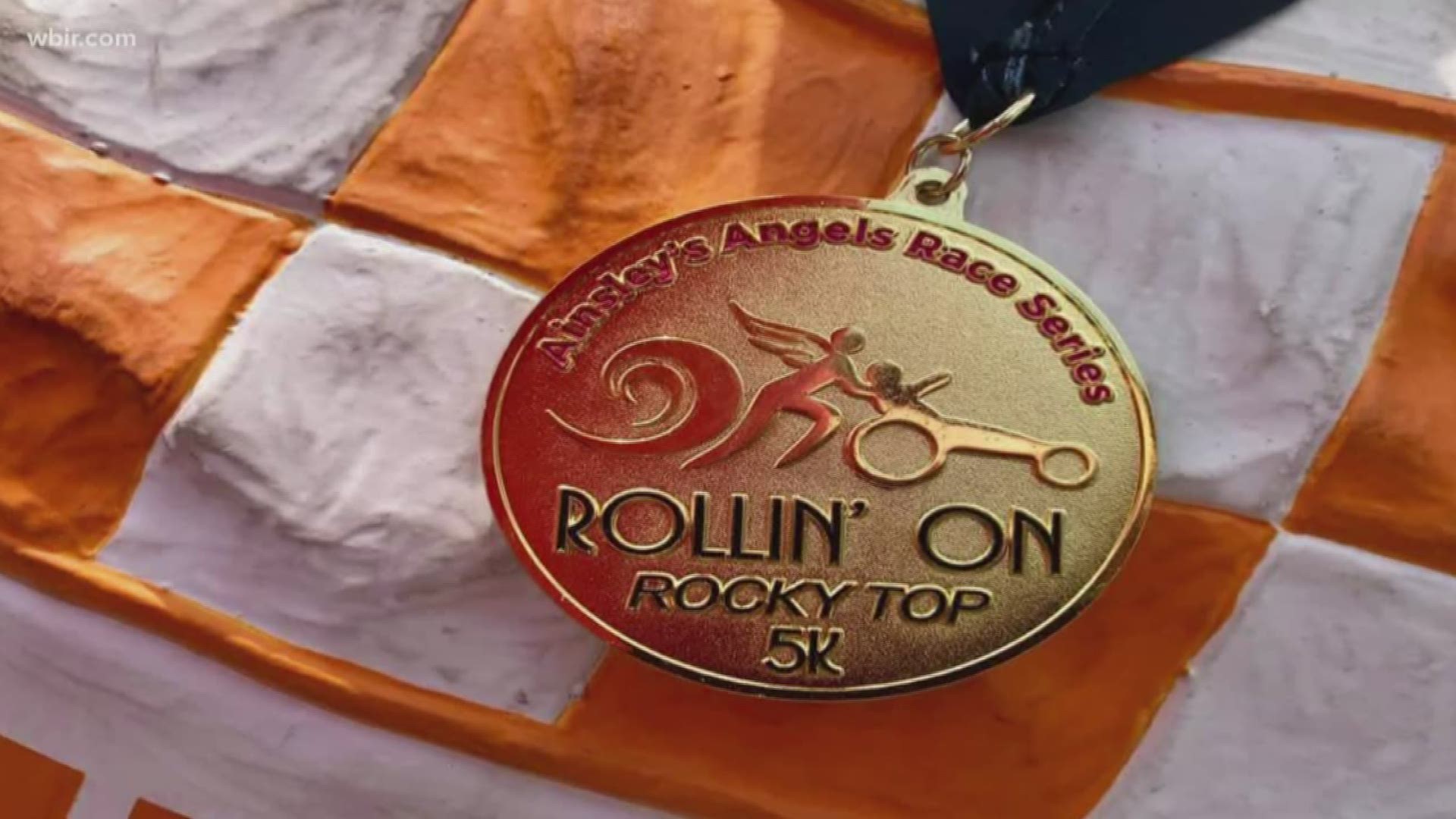 "He's nonverbal, so he can't tell us how he feels, but you can tell by watching him, he likes to get in the chair," Bush said.

The same can be said for Brandy Hall and her sister Christina, who she pushes in a racing stroller at Suttree Landing Park.

When their wheels and feet hit the pavement, they're not bound by their disabilities.

"She's legally blind, and I'm in this," Vicky Wallace said as she motioned to her wheelchair and her friend Melissa Peplow who was running behind her. "Normally you don't have a team like that, but they said, 'come on!'"

They're all teams for Ainsley's Angels, a nonprofit that promotes inclusivity by helping people with disabilities participate in events like marathons, 5Ks, triathlons, and more.

Credit: WBIR
"You can tell he likes being in the chair," Bush said.

"When you have a child with a disability, it’s easy to focus on all the ways they’re excluded from things, and you constantly work on staying positive and thinking of ways to feel included. To have a whole group where that’s the whole purpose, to promote inclusion, is just so valuable to us," Bush said.

The East Tennessee Chapter is hosting its Rollin' on Rocky Top 5K on Sunday at University of Tennessee Gardens in Knoxville. Ainsley's Angels Ambassador Angi Lanciano said it's their biggest fundraiser of the year.

"Without this race and the participants and volunteers, we wouldn’t be able to provide the equipment that we do," Lanciano said.

Registration is still open for the run. It costs $30 to participate.

RELATED: 3 East Tennessee women to roll and push along a famous route in Spain