"They don't make shoes like this anymore," Chuck Anderton said, a 75-year-old runner. 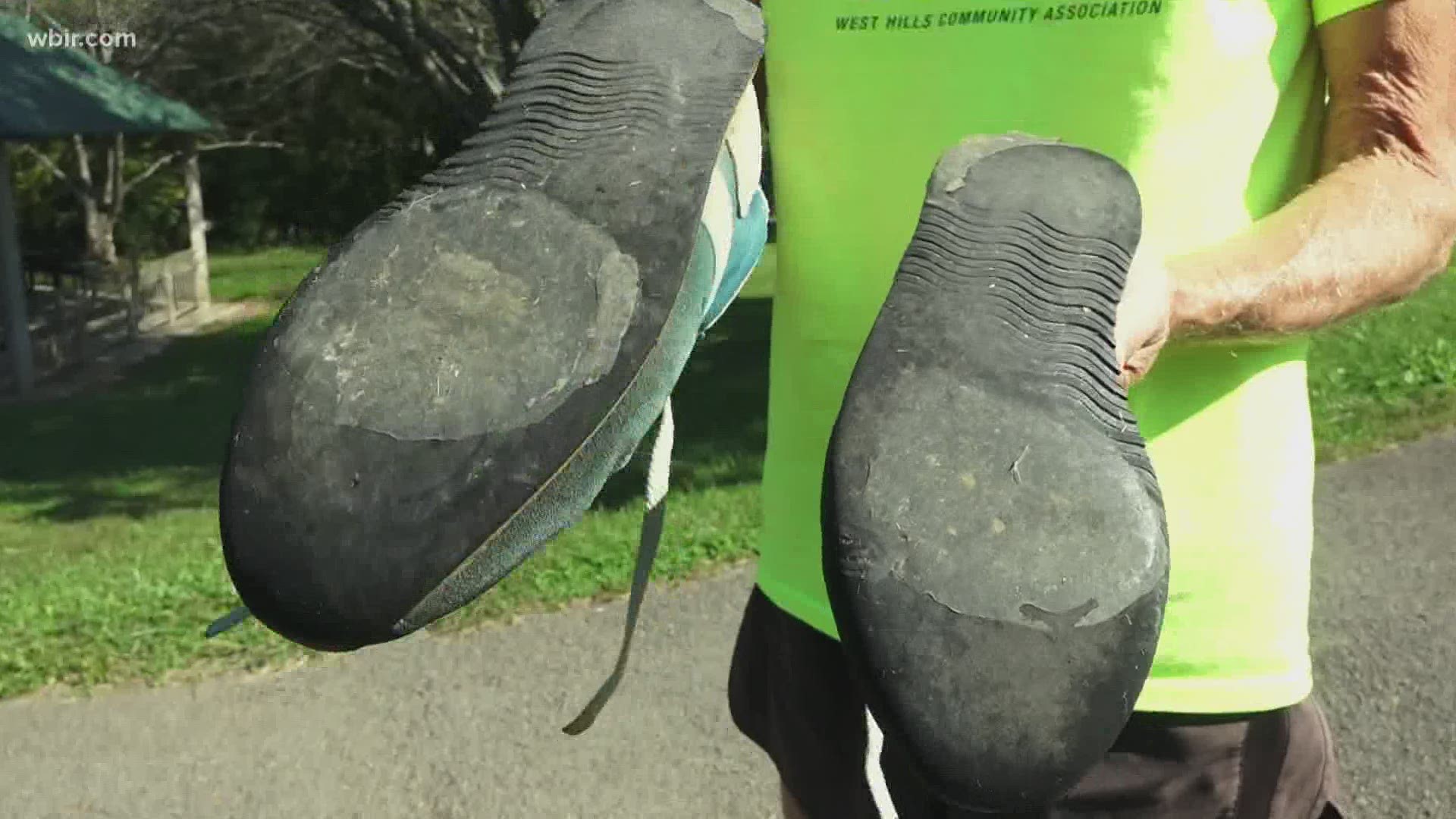 KNOXVILLE, Tenn. — Knoxville's oldest running event is scheduled for Sunday, and 75-year-old Chuck Anderton will be at the starting line just like he has every year since the first EXPO 10K in 1978.

"I was 33 years old back when it first started. I had just started running a few years earlier and thought it'd be fun," Anderton said. "I've run every one of them since then. The good Lord has taken care of me so that I haven't had to miss a single race in 43 years."

Anderton is among the elite group of 'streakers;' people who've taken part in the annual EXPO run every year since 1978. For 39 of those years, he's worn the same pair of shoes.

"I liked them so much that I wore them, not only for running but to the World's Fair. I walked over World's Fair Park that year. I've used them a lot," Anderton said about the pair of Brooks shoes he bought in 1981. "They don't make shoes like this anymore. I've had newer shoes that have broken down in a matter of a year or two. These have not."

Running countless miles over the years means his special sneakers are now reserved for the EXPO 10K. Anderton said he's only had to apply shoe goo to the soles a couple of times and told his wife it's not time to retire them yet.

"She's been very kind, and she's asked me a couple of times, 'well, do you think it's time to throw these old shoes away? They're 30 years old.' [and I said,] 'Well, not quite yet. I'll let you know.'  She looks at them in the closet and sees them and I'm sure that her desire is just to get rid of them," Anderton said.

At 75 years old, Anderton still runs almost every day and uses the long stretches of time to pray.

"Sometimes when I'm by myself, I'll talk out loud if I can. If I'm not running too hard. But, mainly it's just mental communication with him[God]," Anderton said.

He plans on being at Sunday's race in his classic shoes to continue his streak another year.

RELATED: Lace up those running shoes: Knoxville's legendary EXPO runs will be back Oct. 11