Organizers are calling it "Shakespeare OFF the Square." 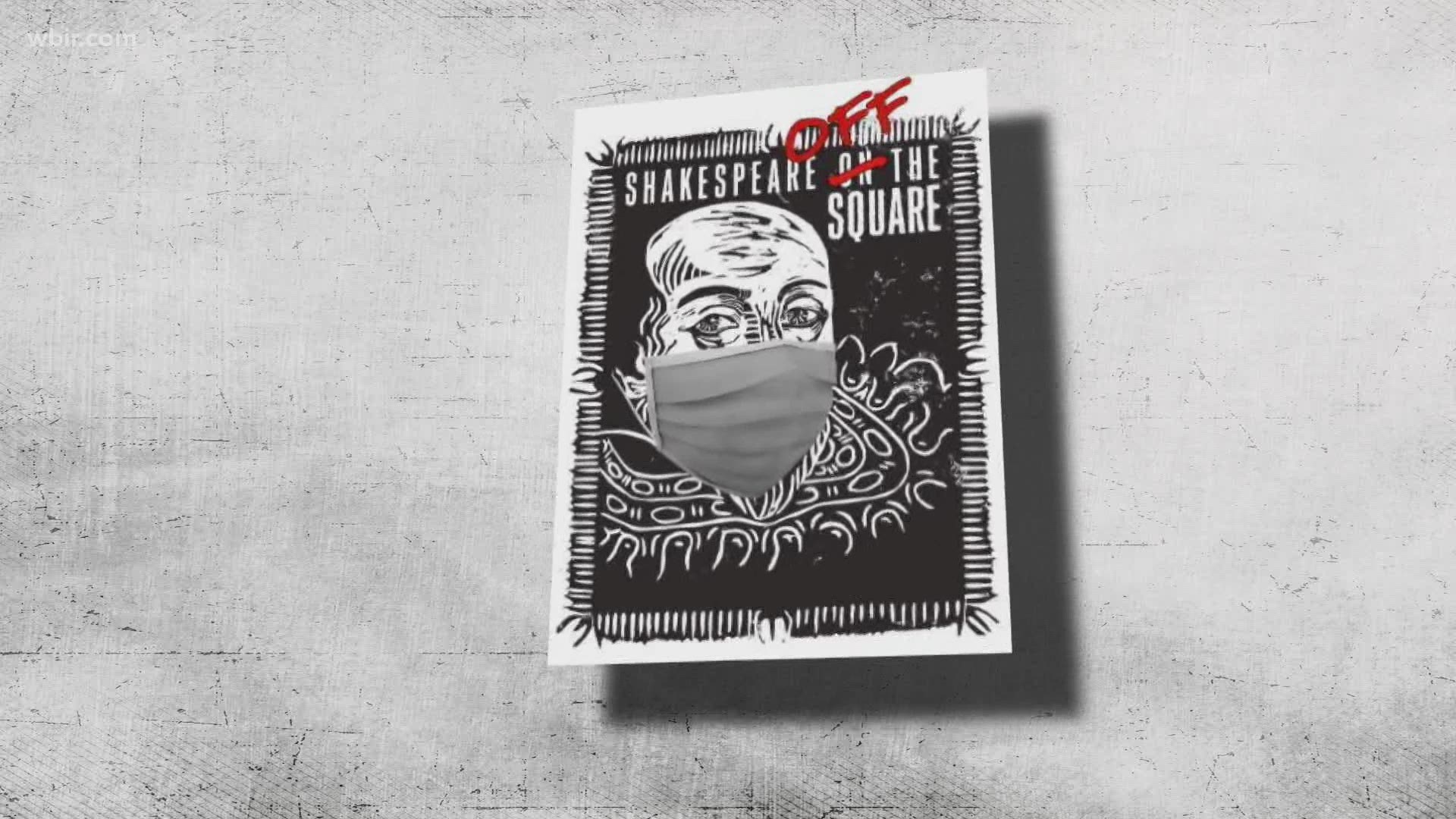 KNOXVILLE, Tenn. — Under normal circumstances, the Tennessee Stage Company would have premiered its annual summer tradition of Shakespeare on the Square in downtown Knoxville over the weekend. As with many events, the pandemic has caused them to make some changes.

“This was going to be our 30th anniversary season," Tom Parkhill said, Artistic Director at Tennessee Stage Company. "We were planning a huge 30th-anniversary party. It was a big deal. We put that on hold, of course, and now we're going to this little play, but we're going to come back next year and call it the '30th Again, again.'"

Parkhill said they didn’t want to cancel performances, but he knew they’d have to make some major changes if they were going to pull it off safely. They decided to move Shakespeare ‘off’ the Square instead and over to Ijams Nature Center.

“The venue at Ijams is this wonderful open field on a  sloping hillside, just like in an open theater or an amphitheater," Parkhill said. "It’s rated for 1,000 people in normal circumstances. Earlier in the summer, the health department rated it for 250 people. But, with things looking even a little worse now than they were two months ago, we’re thinking about scaling that down and limiting our audience to 50 people."

He added that audience members will be able to spread out significantly across the expansive hillside.

Attending the performances is still free, but donations are encouraged. Parkhill asks that people reserve a spot online before showing up.

Instead of alternating between two plays, six actors will be performing Shakespeare’s comedy ‘Much Ado About Nothing.’

“'Much Ado About Nothing’ is my favorite Shakespeare play and probably his most accomplished company," he said. "We’re using five actors who are each playing three characters apiece. So, they change characters all the time. They go off stage and immediately come back as another. And, sometimes they talk to themselves in the middle of a scene."

Parkhill says the play may have some dark moments, but this comedy has a happy ending — something we could all use right now.

Shakespeare OFF the Square runs every Thursday through Sunday, Aug. 6 through Aug. 23, 2020.