Teamwork makes the dream work when training for a marathon

For nearly 10 months now, members of the Covenant Health Knoxville Marathon have been working out for race day on Oct. 3. 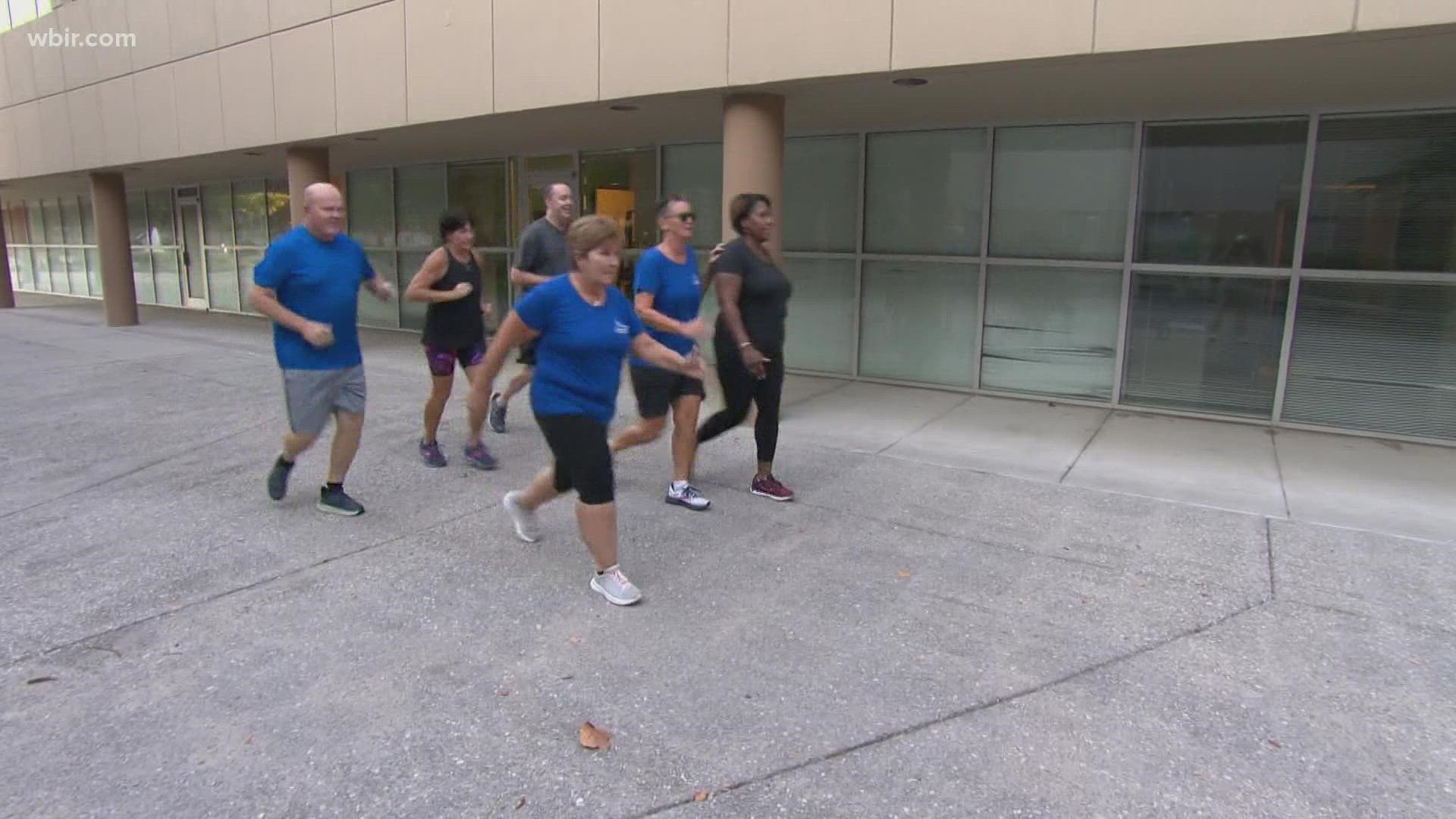 KNOXVILLE, Tenn. — It's been an exceptional year for the members of the 2021 Covenant Health Knoxville Marathon team. They've trained for the October 3 race through a pandemic with their spring starting date pushed back to the fall.

All of the members have trained with Covenant Health Fitness expert Missy Kane on past teams and most knew each other before being on the 2021 team.

Over the course of many miles and months of training, they've formed close relationships that will continue once they cross the finish line.

She's trained with her friends and teammates Sue Buckley and Cynthia Jones.

"When one of us wants to slack off, there are two others to say 'no, get on it,'" she said.

Cindy Jones has dealt with some physical setbacks in 2021 and has relied on Cassandra and Sue for motivation.

"Encouragement," Cindy said. "Even though I can't get out there like they are and do 3 or 4 miles."

Sue Buckley is the founder of Club VIBES which helps the visually impaired. enjoy outdoor activities. Sue depends on her teammates to guide her but she keeps them laughing every mile.

"For me, I have to have a partner and it's super boring to do a treadmill," Sue said. "If I didn't have the two of them, it would be impossible. It's motivating. I like to make jokes and make it lighthearted."

Brian Paschal and David Biggerstaff had each been on previous Covenant Health Marathon teams but didn't know each other. They started training together in late 2020 and soon became good buddies.

"I can tell he's very competitive," David said. "He's been supportive. I can call and get with him. You always need a friend for support when you're [running] out for a couple of hours."

David has support at home as well. His wife, Kelly, plans to walk the full marathon. Both have had some physical issues as well with David having some heart problems in the past and Kelly having received a full knee replacement.

"Hopefully Brian and I can keep working together, keep it going," said David.

After a major scare several years ago, Brian Paschal is back to running and plans to run the half marathon on October 3.

"Back in 2016 I actually collapsed while I was running. I was training for some marathons," Brian said. "They don't know what happened. It kept me from running. This last year, I'm able to run again so I'm back."

As he inches closer to the half marathon on October 3, Brian says he and David are already thinking ahead to running the full marathon in 2022.

WBIR Channel 10 is a media sponsor of the 2021 Covenant Health Knoxville Marathon.