Teen with autism hikes 100 miles in the Great Smoky Mountains

"We get excited to see him explore the world through his eyes because he looks at everything so differently," his mother said. 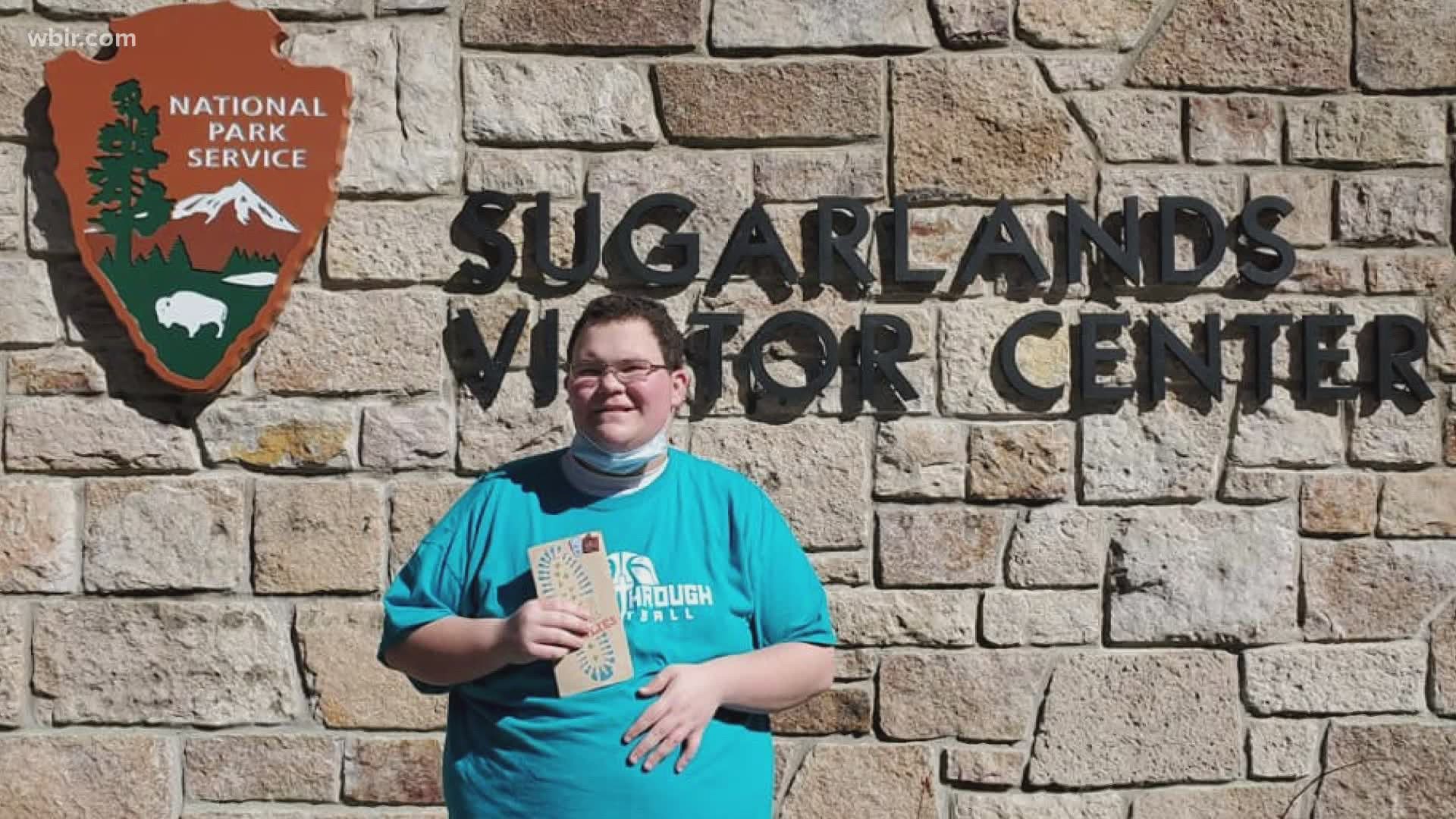 The challenge of a long hike is often greater for 17-year-old Noah Myers than it would be for other teenagers his age.

"He's autistic and he doesn't like things that challenge him," His mother, Angela Miles said, "[But], sometimes you've  just got to do hard things."

His mom and stepdad, who were already avid hikers, began bringing Noah along with them.

Noah, who loves water, was willing to put in the work if it meant he could splash around in a waterfall along the way.

"He absolutely loves water. We would use hiking to waterfalls as a reward," Miles said.

Eventually, they got to the point where they'd hike several times a month all year long, even without a good swim.

"We get excited to see him explore the world through his eyes because he looks at everything so differently. So, it's a good bonding experience. Not only that, but he can be himself. If he has a meltdown, we just sit down and let him work through it," Miles said.

The family noticed that the hiking community was there to help. If Noah needed a break or some time to let off steam, people who passed by on the trail would often offer support; something Miles said they don't normally experience when they're in a store or at a restaurant.

"They just say, 'you'll get through it. Just give it a minute.' And, they offered  extra water or they'd say, 'hey,  I've got a thing of bubbles, does he want some bubbles to play with?' They're not judging.  I've had them sit down with him on the trail and just sit there and not say a word while he worked through it," Miles said.

After several trails and lots of waterfalls, Noah recently earned a pin for completing 100 miles in the Great Smoky Mountains.

"We really like blew it out of proportion. We just kept telling him how proud we were of him. He will point to his little pin like he knows he's earned that. He understands that part," Miles said.

While he can't express it with words, his smile shows that Noah is happy when he's out on a trail, especially if it has a waterfall.