Delaney Wade said she believes God is using her story of strength to inspire others in achieving their dreams. 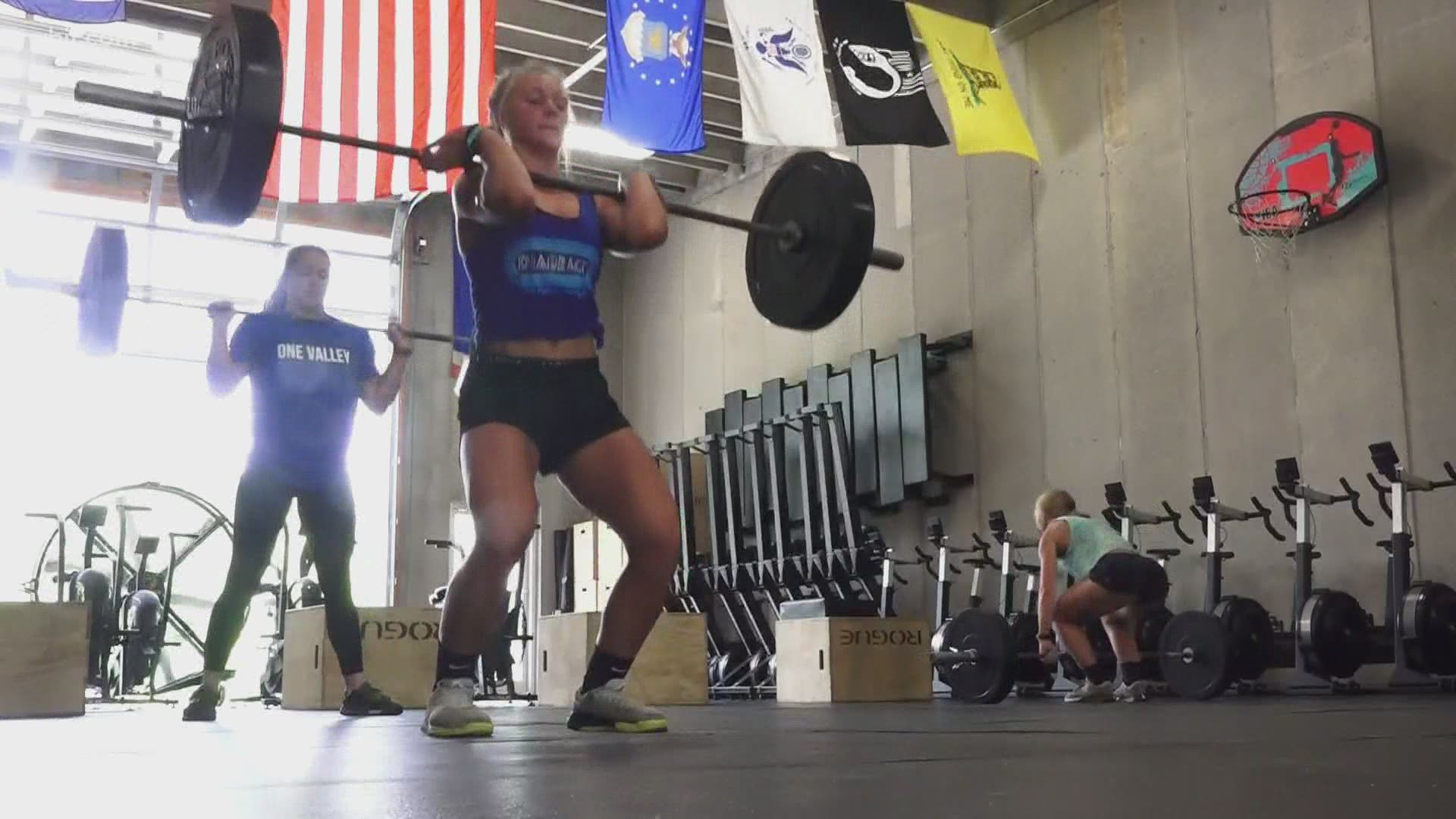 KNOXVILLE, Tenn. — Athletes are conditioned to build strength. You often see the physical progress but not the mental toughness that goes into training.

One teenage CrossFit athlete from Knoxville is determined to change that as she fights Type 1 diabetes. She hopes her journey will help inspire others to achieve their dreams.

Delaney Wade is only 15 years old but knows more about strength and perseverance than some people twice her age. She's an athlete in every sense of the word.

The active teenager spends most days at CrossFit One Valley off of Dry Gap Pike in Knoxville. It's her safe haven.

"This is like family, honestly, I'm here basically all the time," Wade said.

To her, strength is about much more than muscle.

"I think strength is getting through something that's really hard or just overcoming something," Wade said. "I think that's what real strength is."

She's focused on building herself and others up, but it wasn't until 2019 that her limits were really tested.

"I was losing a lot of weight, but I work out like a lot, so my parents just thought I was not eating enough and working out too much," Wade said. "I was moody, peeing a lot and constantly hungry. I would eat and then feel like I need to eat more."

That's when she and her parents made a trip to the hospital. It wasn't long before the doctor came in and gave her life-changing news.

"She walks in and she's like, 'You have to have Type 1 diabetes, and you can die,' and she didn't tell it to me how maybe I think she should have because I looked at my dad when I heard that and I just literally started bawling," Wade said. "I couldn't stop crying for the longest time."

She went straight to the emergency room to get more tests done. She immediately started seeing her life-long diagnosis as a blessing in disguise.

"All the way to the emergency room I had this like thing in my mind that God was really just giving me this to really inspire people," Wade said. "So I think that's what was keeping me together through that."

Since that day, she's used her diagnosis to inspire others to achieve their dreams. She calls herself the "Diabeast." In fact, her Instagram is @Diabeast0201.

"You can get through it," Wade said. "Even though it seems really hard at the beginning, there's good in the end, there really is."

She wears a device every day called a Dexcom G6. It monitors her blood sugar, so while she's working out she knows if she needs to stop and eat or give herself a shot.

"It's a roller coaster, to be honest. My sugars, they'll be low, high, good, and it can be up and down, but it's not like a bad roller coaster," Wade said. "You just can't really predict it. It's really not predictable."

Now, she and her trainer are preparing for the CrossFit Games in Madison, Wisconsin at the end of July.

Wade had to send in a video to be able to qualify for the global competition. She needed to make the top 20, but she exceeded expectations and got sixth in the world.

She couldn't believe the news when she found out.

"It's gonna be crazy, but it's gonna be super fun and awesome and I'm excited about it," Wade said.

She hopes her strength inspires others to keep pushing and find their strength within.

"I want to inspire as many people as I can, and I want to be the best role model I can through my sport," Wade said. "I just want to use what God's blessed me with to do big things with it, I guess."

You can follow along on Wade's journey by following her Instagram, @Diabeast0201. There's also a link to buy shirts from her there as well.