68 years after falling in love with a French pharmacy student, Charlie Brakebill finally got to say goodbye. 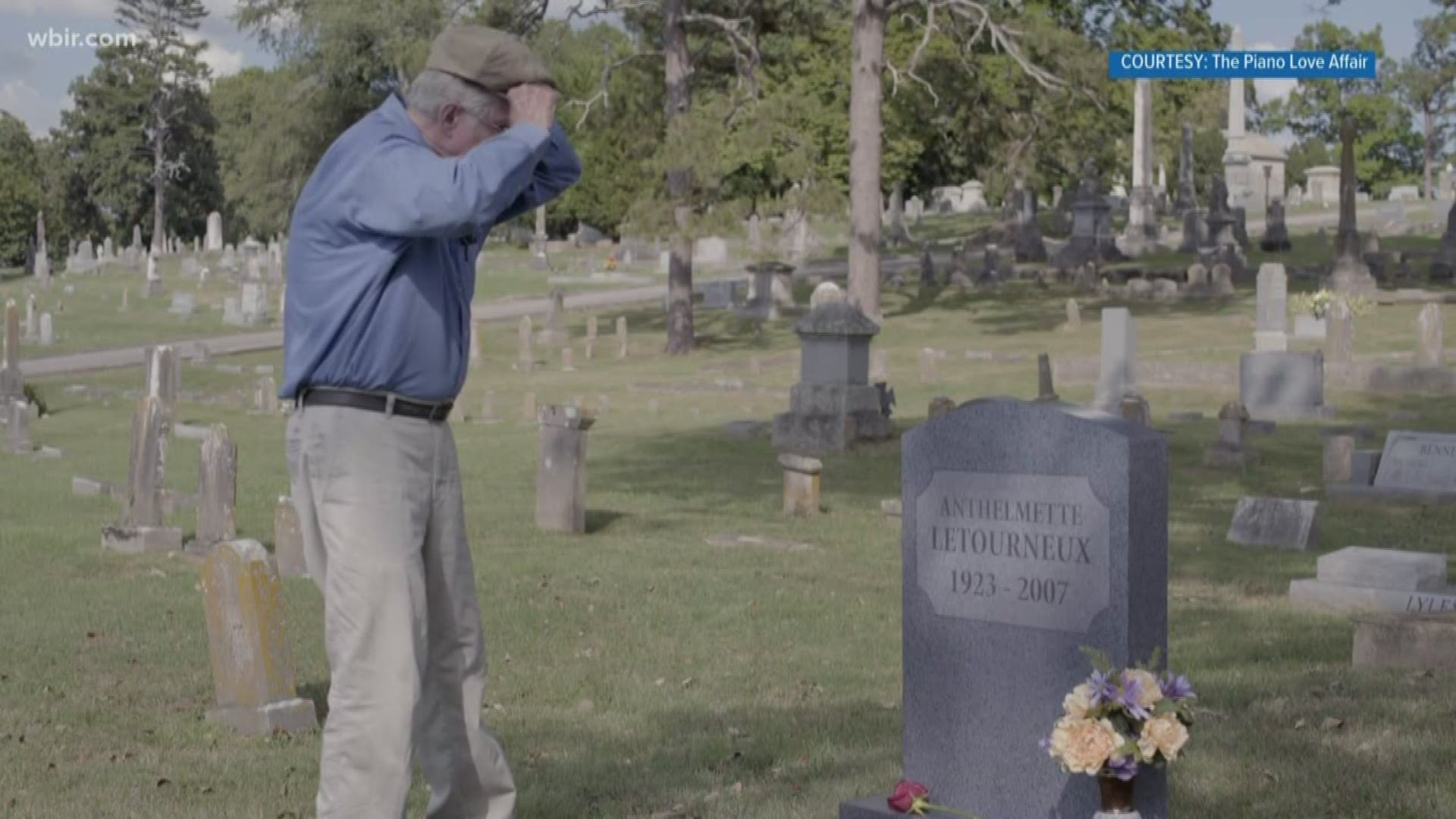 "Maybe a twinkle," Brakebill laughed. "Definitely not a star."

The World War II veteran served as the inspiration for a short film to be featured in the 2019 Knoxville Film Festival. It's called, 'The Piano Love Affair.'

"I thought it was well-done. I really do," Brakebill said about the film based on his real-life romance with a French pharmacy student during World War II.

"I really think this story will resonate because nowadays, we have dating sites, so to experience the 1940s classical romance of these two people, walking miles just to give each other a note," writer Steve Sherman said. "It’s something that’s really refreshing, even to young audiences today."

Credit: WBIR
Brakebill holds the last photo he ever took with Anthelmette.

Sherman met Brakebill at the Clarence Brown Theatre in Knoxville in 2014 when someone suggested the veteran's story should be adapted for the big screen.

"I thought he was crazy," Brakebill laughed, recalling when Sherman first approached him with the idea.

"In the summer of 2015, I came over to Charlie's place with a laptop and interviewed him two different times. Both times he spoke for about three and a half hours straight. I got a lot of information," Sherman said.

"More than he asked for," Brakebill piped in before breaking out into giggles.

It didn't take long for the two men to become friends.

"He has so many stories. I call Charlie 'East Tennessee's Forrest Gump,' Sherman said.

Brakebill took Sherman on a trip to Rennes, France to show him where he first met his World War II sweetheart, Anthelmette, while helping her family lift a piano into their home. When he returned, Sherman began working with lilDRAGON Entertainment in Nashville to produce the film.

'The Piano Love Affair' will be shown Saturday at the Knoxville Film Festival and is only about 13 minutes in length, and Sherman said he already has the script for a full-length feature film. He's just waiting for the cards to fall into place so he'll be able to share Brakebill's story with a larger audience one day.

There is also a book titled 'The Piano Love Affair' about Brakebill's romance.

The 2019 Knoxville Film Festival is September 13-15 at the Regal Downtown  West Cinema.