They're back! Knox County family lighting up skies with synchronous fireflies

Molly Branch Fireflies in Corryton is back open for the 2021 season. After a year of pause during the pandemic, they're bringing the light back to share. 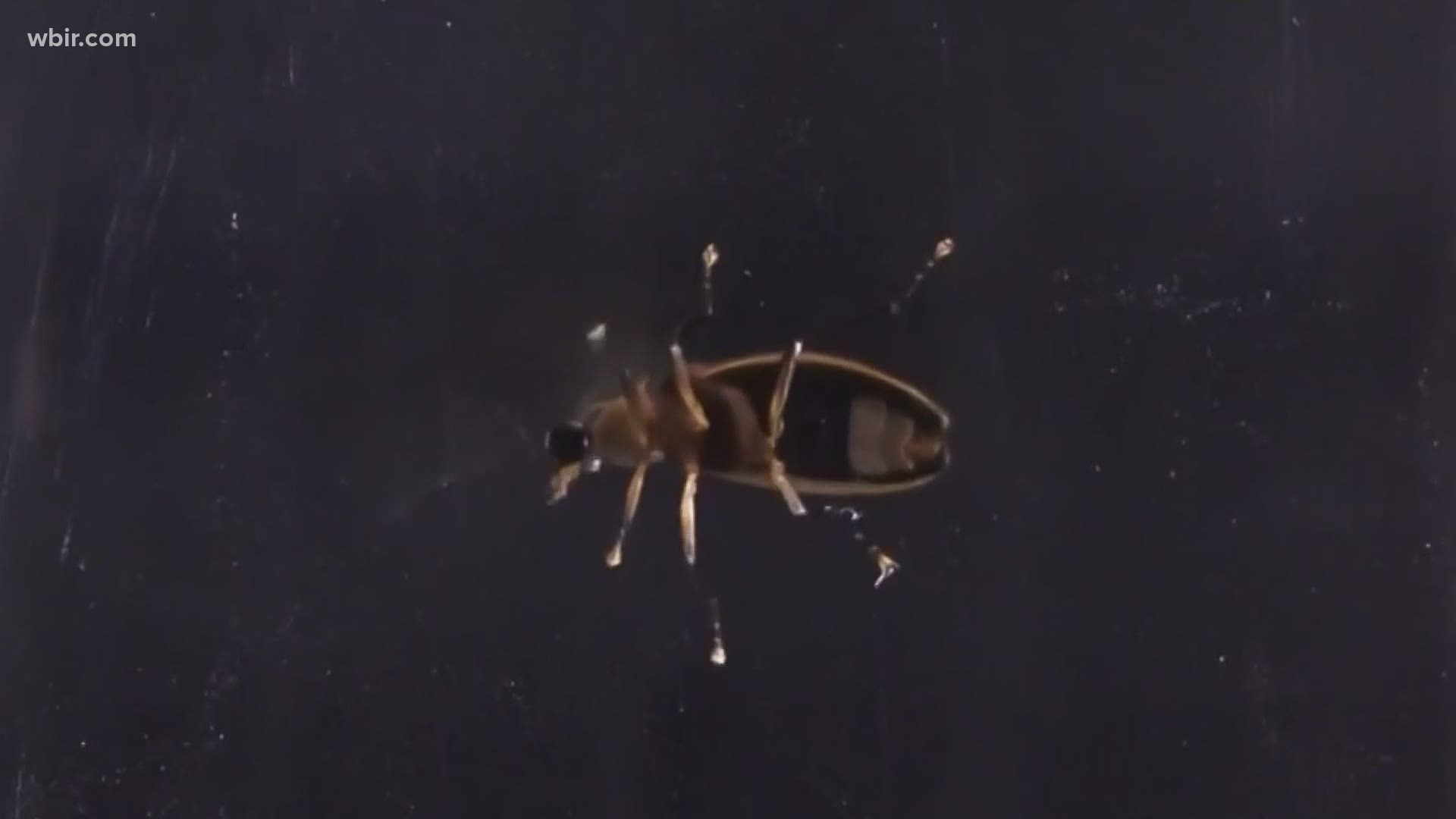 KNOXVILLE, Tenn. — Fireflies are back, flashing their lights for all to see, in yards, forests and the Smokies.

East Tennessee is home to different types of synchronous fireflies and a Knox County man is opening up his property again this year so strangers can see his "snappy syncs" put on a show.

Beyond the Molly Branch stream on Kenneth Bennett's property in Corryton, within the trees, is where you can see a dazzling display at night.

"They only come out when it is dark, and I mean dark," Bennet said.

He even has special red lights lining the property and asks people to cover flash lights with red cellophane to keep the fireflies happy.

It's their mating season, and bright lights keep them from coming out.

Bennett noticed his property in Corryton had something special about two decades ago.

The "snappy sync" breed of firefly lights up their night sky.

This year, there's a new identified breed in abundance on the property, called the Heebie Jeebie.

Heebie Jeebies stay up high in the trees, and have trouble staying in sync. Both breeds are different from what you will see in Elkmont at its yearly synchronous show.

"The snappies, they do not have a dark period," Bennett said. "Once they start their their process they continue all through the evening."

Back in 2018 is when Kenneth and his family decided to open up their property to strangers, so they can witness the beautiful beetles too.

The bugs bring a deeper feeling to Bennett, of his late wife Jeanette.

"After my wife died, I really would have easily been able to crawl into a hole, but these have sort of kept me connected," Bennett said.

The 2020 pandemic put a pause on the production and people weren't able to come. Bennett said it was lonely, but the fireflies were satisfied with the audience of one.

"What fireflies have always brought to me is a sense of peace, relaxation, serenity," Bennett said.

This year is business as usual, but the hot and cold weather in May put a delay on the opening day.

"We was felt assured that they were going to be early, then we got to Memorial Day weekend and all of a sudden it all flipped," Bennett said. "We had to adjust the dates to more realistic."

They officially opened for the season on Tuesday, and will stay open until June 25.

Bennett is bringing the light to so many after a rough year.

"It's my little footprint on trying to leave the world a little better shape," Bennett said.

If Bennett could talk to these fireflies who he feels saved his life, he would say, "You're beautiful and you're inspiring."

National Geographic will be out at Molly Branch June 13, 14 and 15 to film their fireflies. While Bennett doesn't know what show or documentary it's for, he's excited for his slice of synchronicity to live in the archives.

If you would like to snag your own tickets, go to mollybranchfireflies.com.