This 11-year-old guitarist has met Dave Matthews, Willie Nelson, and the list goes on

He's even played on stage with blues guitarist Buddy Guy. 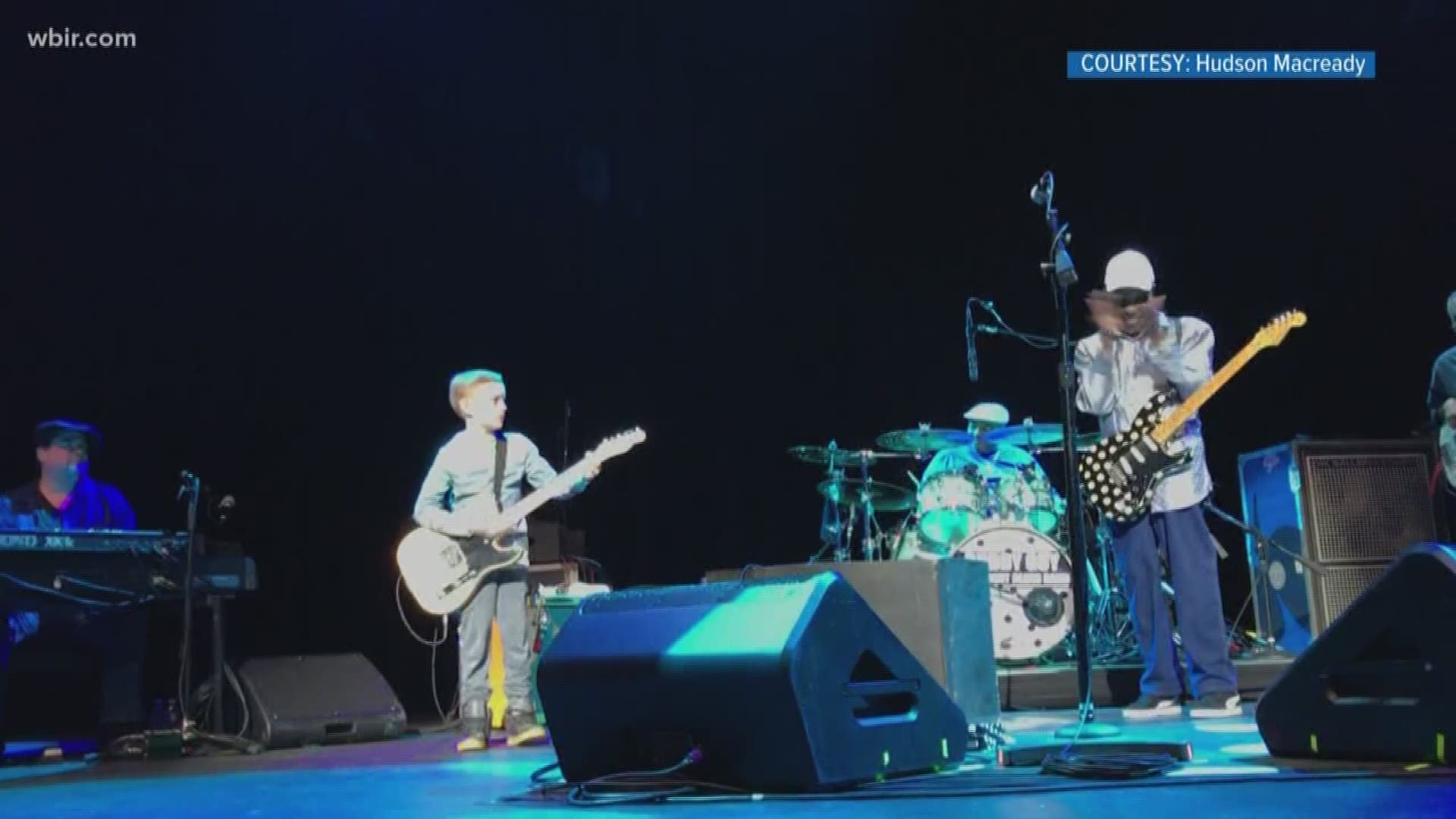 KNOXVILLE, Tenn. — From songwriting to jamming on stage, Hudson Macready likes the tune of being a musician.

"Whenever I'm playing, I'll hear people talking about how young I look like, 'holy crap. That guy's like two years old,'" Macready laughs.

The 11-year-old started learning guitar three years ago. He plays regularly with a band and even writes some of his own tunes.

He's also met some of the biggest names in music.

He and his dad began bringing the acoustic guitar with them to concerts to collect autographs and meet the musicians he looks up to.

There's one big signature on his list, he hasn't snagged yet.

He's hoping that might change when Mayer performs at Bridgestone Arena in Nashville in the fall.

Credit: WBIR
Hudson Macready points to a rhino that Dave Matthews drew on his guitar.

"The biggest thing for him is just seeing these people live. He'll hone in on their hands playing. But if we have a concert in Nashville, but we have school the next day, then we have to get up and ring the bell and go to school," Macready's dad, John Macready, said.

Macready said his favorite part of performing and writing music is all the emotion that goes into it.

"Usually, when you write a song, it’s about something that happened to you. It can be sad or happy. I just like all the emotion," Macready said.

When Macready grows up, he doesn't know where he'll be, but he hopes it's on a stage somewhere.

"I don't to be like, 'oh I want a Grammy or something like that.' I guess I just want to keep playing on stage," Macready said.