Kevin Mager from South Carolina is one of them. He couldn't contain his excitement when he opened his UT acceptance letter. 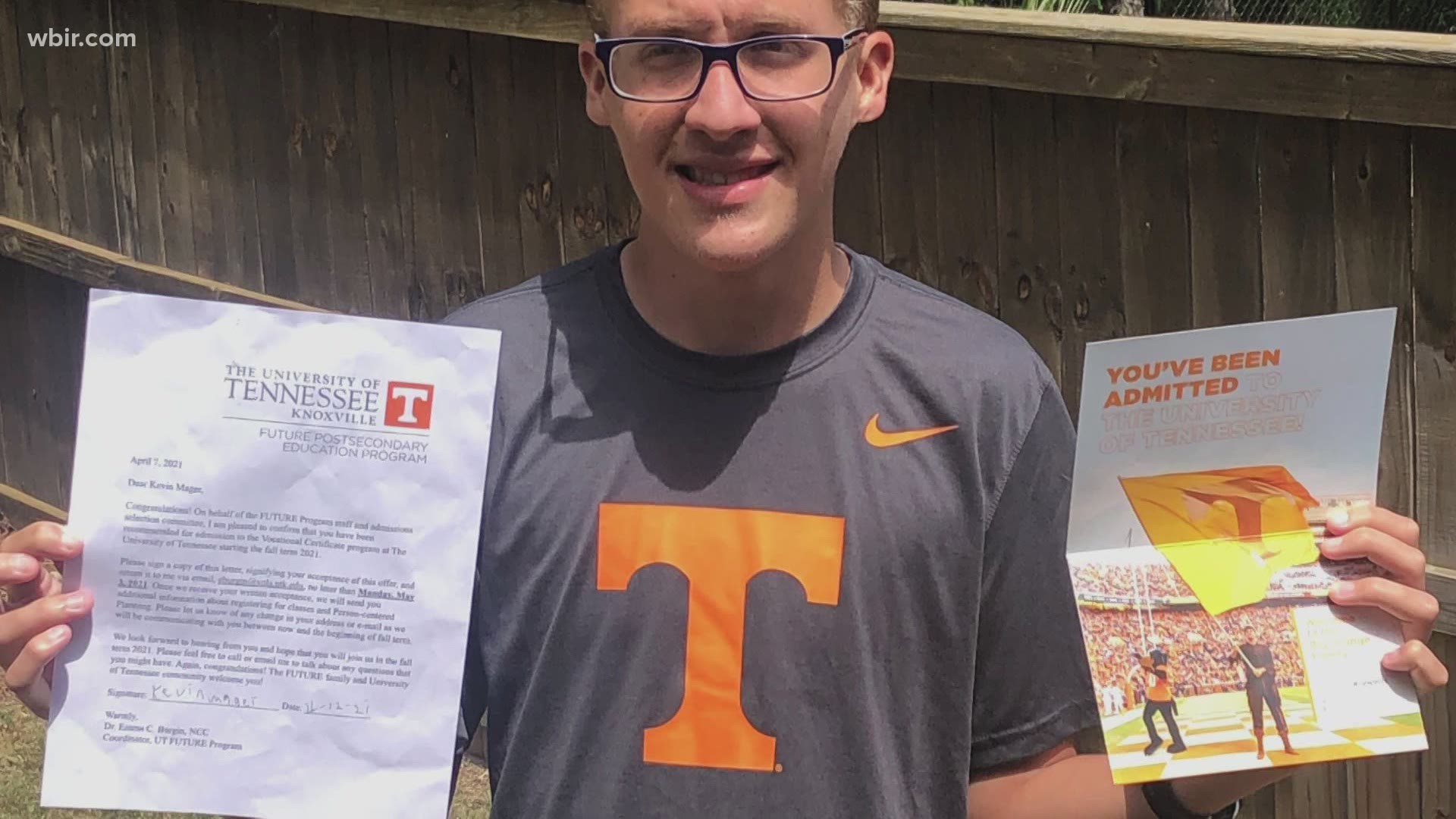 KNOXVILLE, Tenn. — Among the new freshman on campus at the University of Tennesee this fall, you'd be hard-pressed to find any more excited than Kevin Mager.

"Are you kidding me? We're going to Tennessee!" Mager could be seen excitedly saying in a video his parents took when he opened his acceptance letter. The video captured the hearts of many who saw it online.

"I mean, it's so awesome. The fact that so many people reached out to me, my mom and me, just over the course of the week," Mager said. "Rocky Top was stuck in my head for two days straight.

Mager will be in the first class of out-of-state students accepted into UT's FUTURE Program for people with disabilities.

"That's so exciting because the transition from not having a residential component to having a residential component was so just pivotal. It allowed us to not just play-acting out a lot of independent living skills and teaching them how to cook, teaching them how to do their laundry. Now, they can physically do it,"  FUTURE Program Coordinator Emma Burgin said.

With his acceptance letter in hand, the hardest thing for Mager will be patiently waiting until August to move into the dorms.