Up, up and away | Knoxville teen competing in trampoline world championships

This ain't your backyard trampoline jumping. Competitive trampoline gymnastics takes that pastime to a whole new level, and Cammie Cooper is at the top. 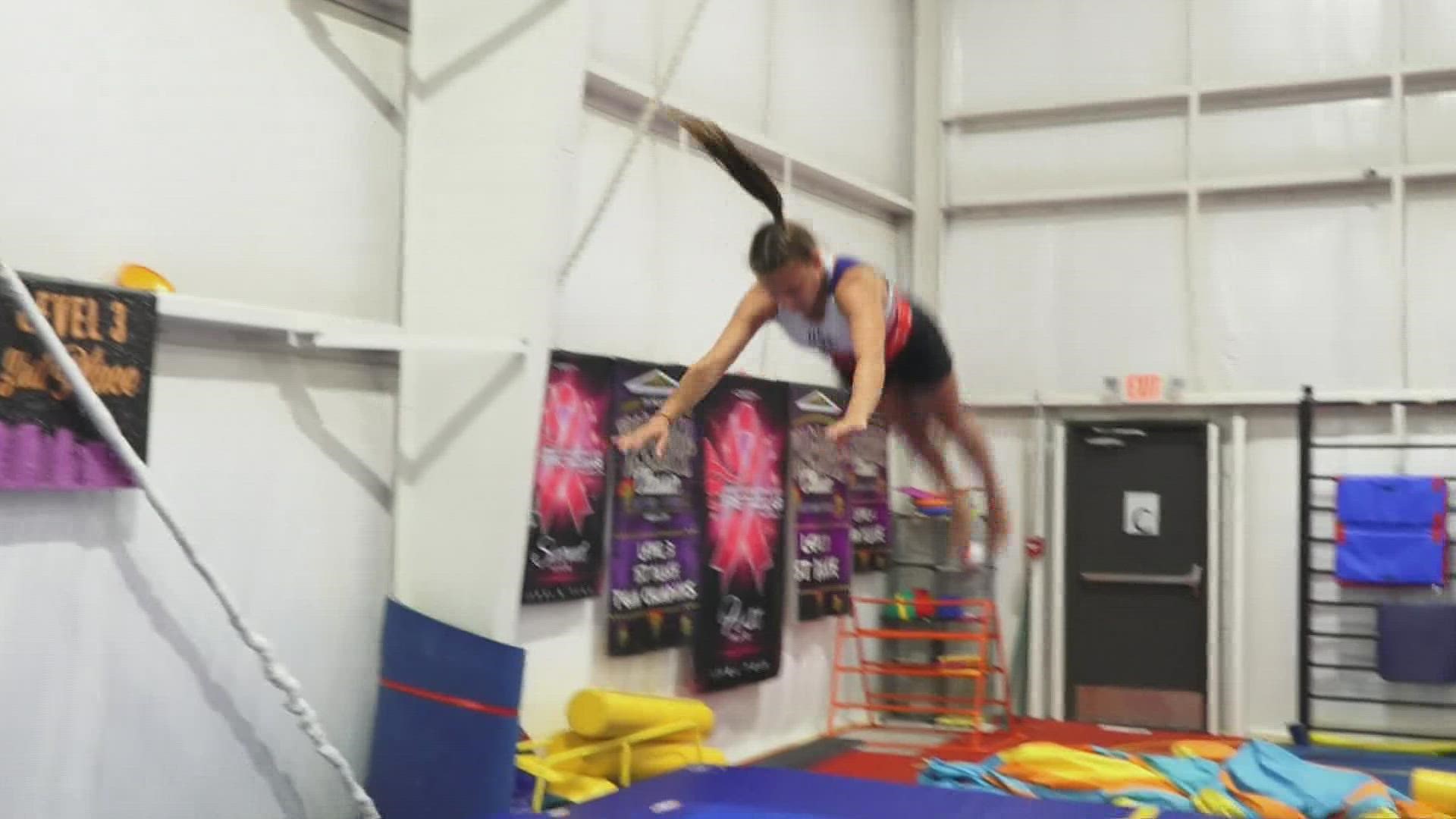 LENOIR CITY, Tenn. — If you've ever jumped on a trampoline, you probably never got as much air as Cammie Cooper.

"I love everything about the sport," she said. "I love the actual skills part of it, the training part of it, getting to meet different people all over the across the country."

The Knoxville athlete started taking gymnastics at age four and was pulled for the competitive team at five.

But her specialty isn't your standard gymnastics event.

"So we don't do bars and beam," said Cammie. "We do trampoline, double mini and tumbling trampoline."

Her favorite is the double mini event.

"It's like a cross between a vault and a trampoline. So you run up to it like a vault, and you do one skill onto the bed, the trampoline bed, and then you do a skill off of it," she said.

RELATED: Rules of the Game: Trampoline

Cammie is so good at this that she's about the compete in the world championships for her age group, again.

The first time she went to this competition was in 2018 when she was 14 years old.

"It was the best feeling in the world," she said. "Everything I had ever dreamed of had come true and so it was amazing."

This November at age 17 she's headed to Azerbaijan to live that dream again.

"It's a big deal because double mini is actually not an Olympic sport. Trampoline is but double mini is not. So World Championships is pretty much the top that you can go."

The next few months will fly by.

Her coach Ramona Finley will be there to make sure she's ready for this very specific skill.

"It takes a lot of time to learn how to run to it and how to jump with two legs consecutive on it, and how to go up because it's very tiny if you think about it. It's not a lot of space on it," said Finley.

She said Cammie is an athlete who's pretty easy to coach.

"She is very dedicated into the sport," said Finley. "She never misses practice, she's always present. She always tries really hard. It's really easy to work with when she loves it and wants to be in the gym every single day of the week."

RELATED: Trampoline or treadmill: Which offers the better workout?

After more than a decade of training, Cammie isn't sick of trampoline.

"Trampolinists typically don't peak until like their early 20s so I still have years to go," said Cammie. "People that I've idolized since I was like nine and 10 years old are still in the sport. I'm competing against them now."

She'll keep competing. That love and passion are things she's extra thankful for this year.

"The schedule came out a few days ago and I found out that I'm competing on Thanksgiving Day," said Cammie.

It'll be a holiday to remember as she jumps toward the world title.

"I'm really proud of her for reaching her goals," said Finley.

Gymnasts have to pay their own way to the competition.

Cammie's making and selling t-shirts to pay her way there.

You can help her get to the championship by clicking this link.