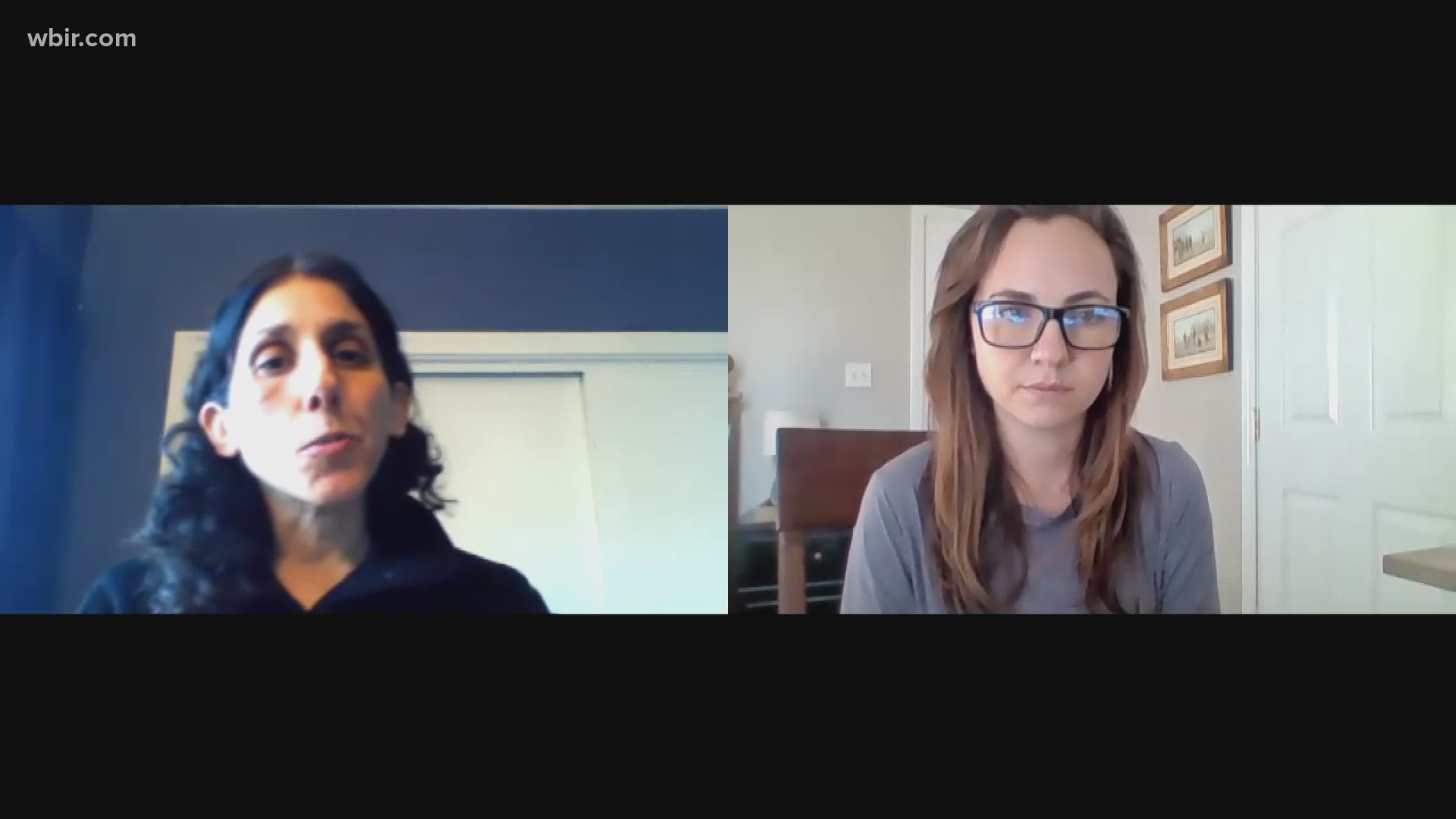 KNOXVILLE, Tenn. — A study at the University of Tennessee says that pregnant women who get moving for roughly eight minutes longer than daily recommendations from the  U.S. Department of Health and Human Services may lower their risk of developing gestational diabetes.

Samantha Ehrlich, an assistant professor in the Department of Public Health, studied 2,000 women in their first trimester who self-reported their daily levels of physical activity. The participants were all receiving prenatal care at Kaiser Permanente Northern California.

“These data are really good at ranking people by how much activity, they do, so I didn't take ‘38 minutes,’ [and say] ‘let's look at that.’ We looked at the data more objectively. We said, ‘all right, those in the upper 25%, we're going to label those as the people getting physical activity at a high level, and everybody else is not.’ And, when we did the analysis that way we saw an association with the reduction in GDM [Gestational diabetes mellitus],” Ehlrich said.

“We know that six to 10 women per 100 get gestational diabetes,“ Ehrlich said. “If being more active could reduce that by two women per 100, that’s a clear benefit.”

Gestational diabetes can pose serious health problems during the pregnancy and put mother and child at a higher risk for developing diabetes later on.

“I think the idea that you could prevent GDM through a modifiable lifestyle factor, like physical activity, is very attractive because it's not a pharmacological intervention. And, there's potential to help the women in their pregnancies and also improve health outcomes for the children later on,” Ehlrich said, adding that if 38 minutes sounds daunting, any amount of physical activity is better than none.

“Take the dog for a walk, have a dance party with kids in the living room for 10 minutes, whatever you can do to get your body moving. Anything is better than nothing. And, even if you don't see the benefits right away, in the next three months, down there at the tiny levels, you are getting some benefit,” Ehlrich said.

In an earlier study, Elrich also found an increase in first-trimester physical activity could affect the baby’s size.

Women who were underweight or at a normal weight and exercised at the recommended levels of roughly 30 minutes a day were more likely to deliver a smaller baby.

"It's not just exercise later on in the pregnancy that affects the size of the baby," said Ehrlich.

She said women with higher levels of physical activity tended to see the distribution of the size of the baby at birth get a little bit smaller, which decreased the risk of the baby being born large.

Currently, Ehrlich is looking for volunteers who have been diagnosed with GDM or are considered high risk to participate in a study at the Graduate School of Medicine at UT Medical Center.

“We're trying to look at two wellness programs to see if they help with health outcomes later on. One of them is a program to help increase physical activity and the other one is a health education program that sort of helps the women be prepared for the postpartum period. We talk about contraception options that are appropriate for breastfeeding. We talk about vaccinations, that kind of thing,” Ehrlich said.

If you’re interested in learning more, you can email projectwellness@utmck.edu.

Organizations like the U.S. Department of Health and Human Services and the American College of Obstetricians and Gynecologists only re-evaluate their recommendations every 10 years, so Ehrlich said to not expect any changes in the near future.