Jackson Kilburn's Nashville-based band Juke of June won the Tennessee Titans' first ever battle of the bands, landing them a spot in an upcoming halftime show. 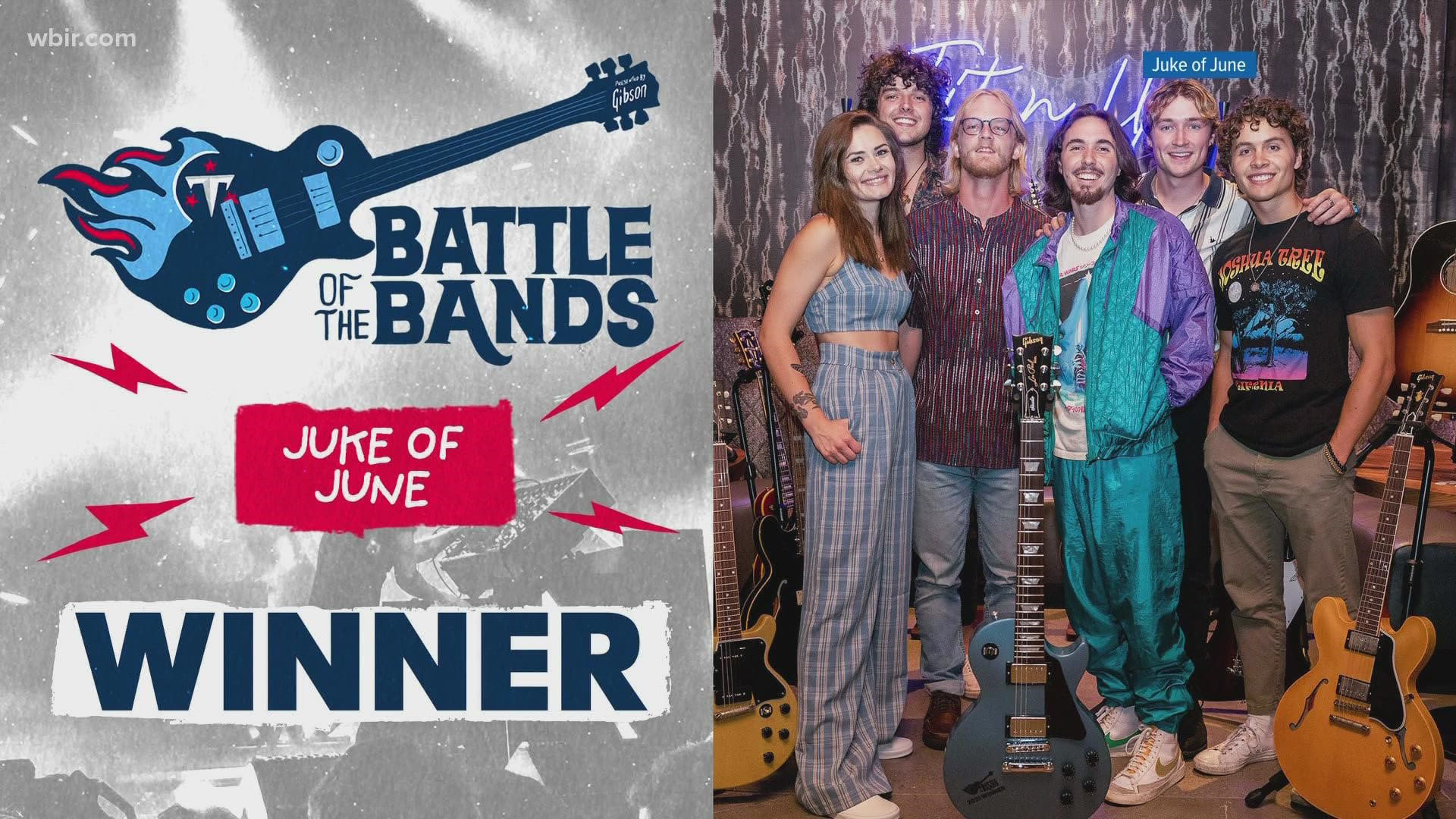 KNOXVILLE, Tenn. — If you're young and in band, it's one thing to play a regular ole concert.

It's another thing to play the half time show of an NFL game.

That's exactly what Knoxville native Jackson Kilburn will be doing in a few months.

"I started playing piano, I think when I was seven or eight, then I moved on to guitar in middle school," he said.

But it wasn't until Kilburn's senior year at West High School in 2016 that he finally performed in front of an audience at the school's talent show.

"That was the first time I played before anyone and I played an original song," he said. "And after that, I was like, 'Okay, I think this is definitely what I want to do and what I feel like I'm meant to do.'"

Fast forward to 2021, Kilburn is now a Belmont University graduate living in Nashville.

While at Belmont, he and a friend formed a band they named Juke of June.

"I would say broadly we're pretty much rock band. But inside of that umbrella we pull from blues, soul and funk," said Kilburn.

The six-person band applied for the Tennessee Titans' first ever battle of the bands contest in and were chosen to compete.

"After the five bands play, they'd pulled everyone back up on stage and announced us as the winner, which is still crazy," said Kilburn.

But also a performance at one of the biggest venues in Nashville: Nissan Stadium.

They'll perform during halftime of the Titans vs. Dolphin NFL game on January 2, 2022.

"That's the last home game of the season, too, which adds even more to that," said Kilburn.

He said the band is still trying to process how big of a deal it is to play a stadium that so many global artists have filled in the past.

"It feels very surreal. It also is very, this whole process has been very reassuring I think for all of us, because it's a very daunting and extremely hard industry to navigate," said Kilburn. "It also just validates a lot of the hard work we've put in."

Juke of June will play its first concert in Knoxville on Thursday, August 26 at Preservation Pub downtown in Market Square.

"It's really full circle for me, because Knoxville is where I grew up and I spent most of my life there to this point. And a lot of people that supported me and directed me towards this path are going to be there," he said.

Thinking back to that first performance back at West High School makes Kilburn proud of how far he's come.

"I think if I told myself, any of this was happening, I would deny it," he said. "I think I tell myself to just be confident in the skill set that I have been given."

Juke of June's concert at Preservation Pub starts at 9 p.m. and is only for people ages 21 and up.