What is 'Today's Dad?' podcast looks at modern-day fatherhood

From professional athletes, Knoxville business owners and NBC's Craig Melvin, the hosts have found that each dad is unique. 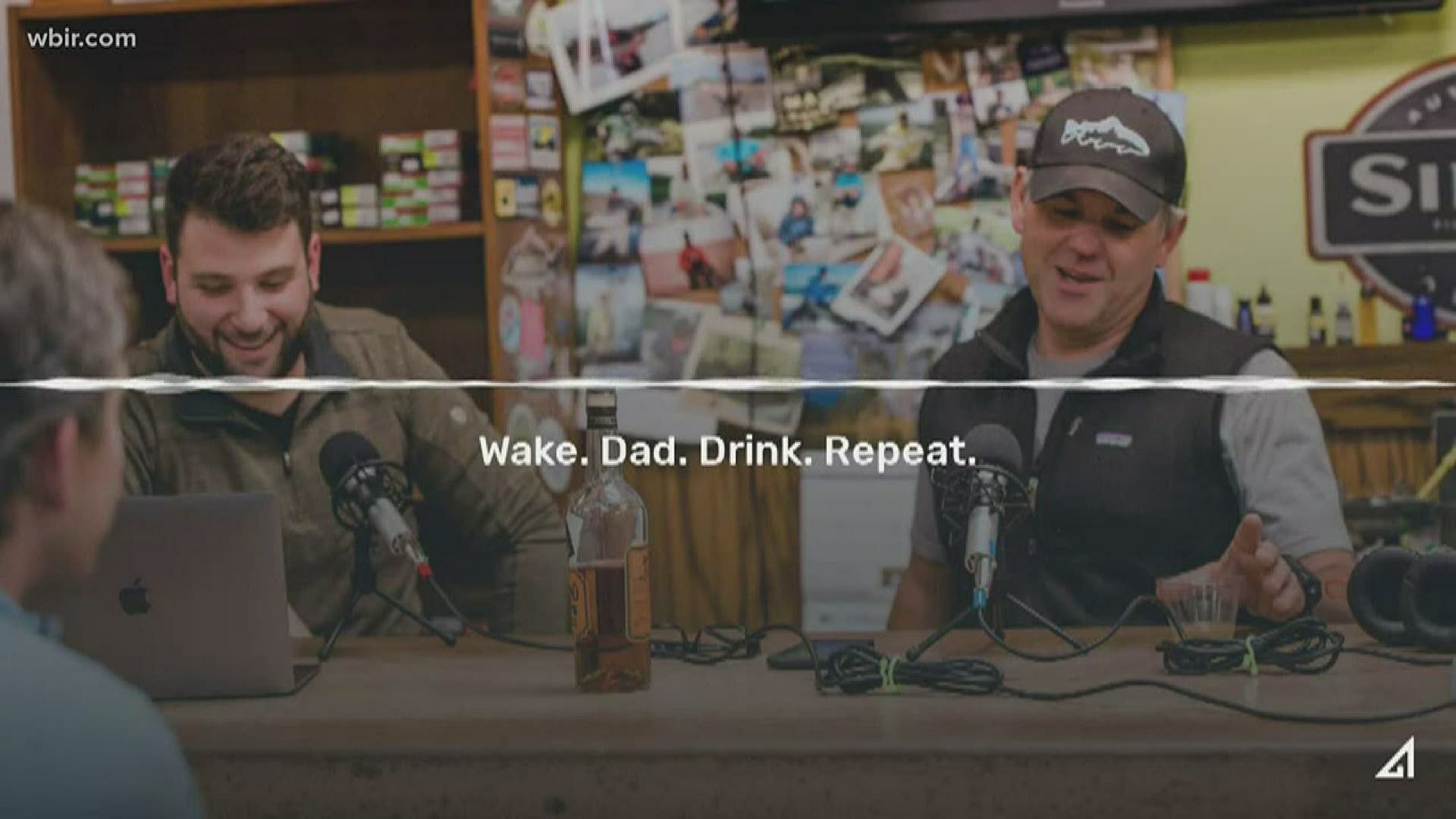 KNOXVILLE, Tenn. — When long-time friends, Anthony Palmer and Mike Smith, started the Wake.Dad. Drink. Repeat. podcast as a way to stay in touch and talk about what it means to be a dad today, they never imagined how much it would grow in under a year.

"We've just talked to some awesome dads here in Knoxville. And, it's[fatherhood] a great equalizer. It doesn't matter who you are or what you do, everybody's kind of marching through it together," Palmer said about the one thing all of their guests have in common; fatherhood.

WBIR's Mike Witcher will be featured on Monday's episode on Wake.Dad. Drink. Repeat., and the two friends recently interviewed NBC's Craig Melvin after reaching out to him on Instagram.

Defining 'today's dad' is something Palmer says they ask every guest to do when they come on the show.

"Today's dad is a father who is able to juggle lots of balls simultaneously and who realizes that we're all as fathers not very good at it. We're just trying to make it up as we go," Melvin said in his interview.

"It's insane to me, the access we've gotten, but the thing Mike and I talk about all the time is that we're giving people an opportunity to talk about something that they don't get to talk about," Palmer said.
With a new show out every Monday, after 45 episodes, Palmer's heard so many different definitions, and that's what he likes most about it.

"Gregg [Spiridellis], I think has two or three kids and is divorced. And, his 'today's' dad definition was all about divorce and about how it actually made him into a better dad because it changed his viewpoint of when he was home and what he was doing. So, that was really an interesting definition to get," Palmer said about an interview with the founder of JibJab and StoryBots.

No matter the conversation, Palmer says they always try to keep things fun on the show, and he hopes this is the first year of many.

"It's been a really fun journey and hopefully there's no end in sight right now. As long as we can keep finding folks who want to talk about their experience of being today's dad," Palmer said.

You can find Wake. Dad. Drink. Repeat. wherever you get your podcasts.

RELATED: Snap a picture of your car, and you can enter the first virtual car show in Greeneville, Tenn.