Missy McBee said around a dozen raccoons visit her back porch every night, and two of those raccoons are completely white. 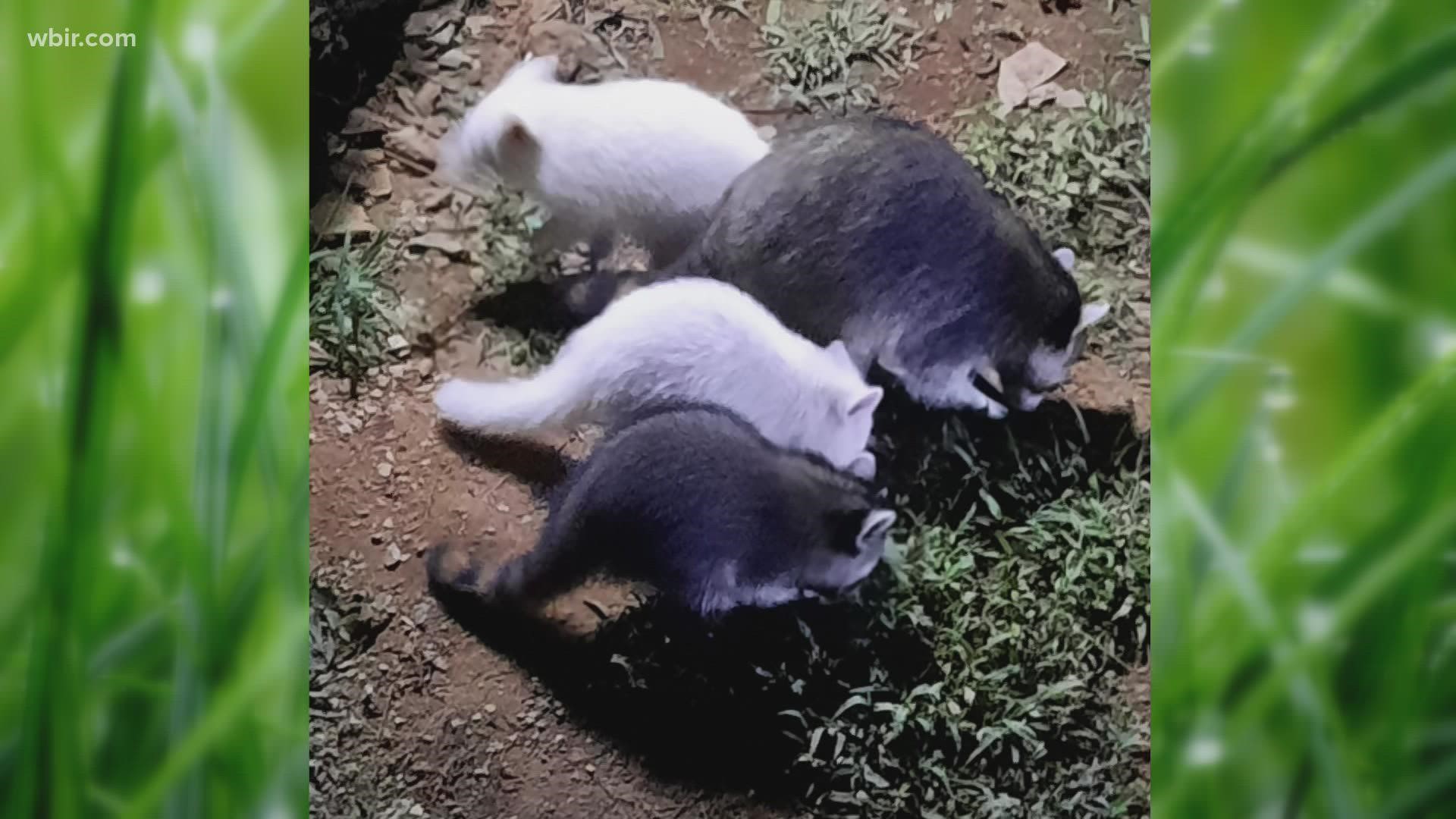 KNOXVILLE, Tenn. — Since raccoons usually eat junk food, you could say their diet is trash. But if you're a raccoon in Missy McBee's backyard, where the Cheerios and cat food flows freely.

She thinks the raccoons are cute, and the white ones are even cuter.

McBee has two albino raccoons that started visiting her West Knoxville backyard about two months ago. She said that they keep coming back every night, and they bring their friends.

McBee said she generally has a dozen raccoons in her yard each night.

They usually show up for dinner around 9 p.m.

Albino raccoons are rare. They've got a roughly 1 in 10,000 chance of being born with albinism, which Zoo Knoxville said isn't the greatest feature for a wild animal.

"It kind of cancels out their camouflage so usually they don't survive to adulthood to continue on those genetics, so yeah it's pretty unusual to have adult ones. My guess is they're not very old," said Phil Colclough, the Director of Animals, Conservation and Education with Zoo Knoxville.

His guess is McBee's furry friends may have been someone's pet.

"Unfortunately there are lots of raccoons in the pet trade and they are less than ideal pets. Sometimes they'll tease out a gene and make albinos more appealing to the pet trade, so my guess is they could be escaped pets," said Colclough. "At the very least they could just be escaped genes from escaped pets, but albinism happens for sure in the wild too."

McBee said she knows they're scavengers and that they keep coming back because she feeds them.

But she said feeding the raccoons keeps them away from her birdfeeders, which she said they've destroyed several times.