Kids living with chronic illnesses often feel alone, unsure how to explain their condition to other kids. One UT grad hopes a special teddy bear can help. 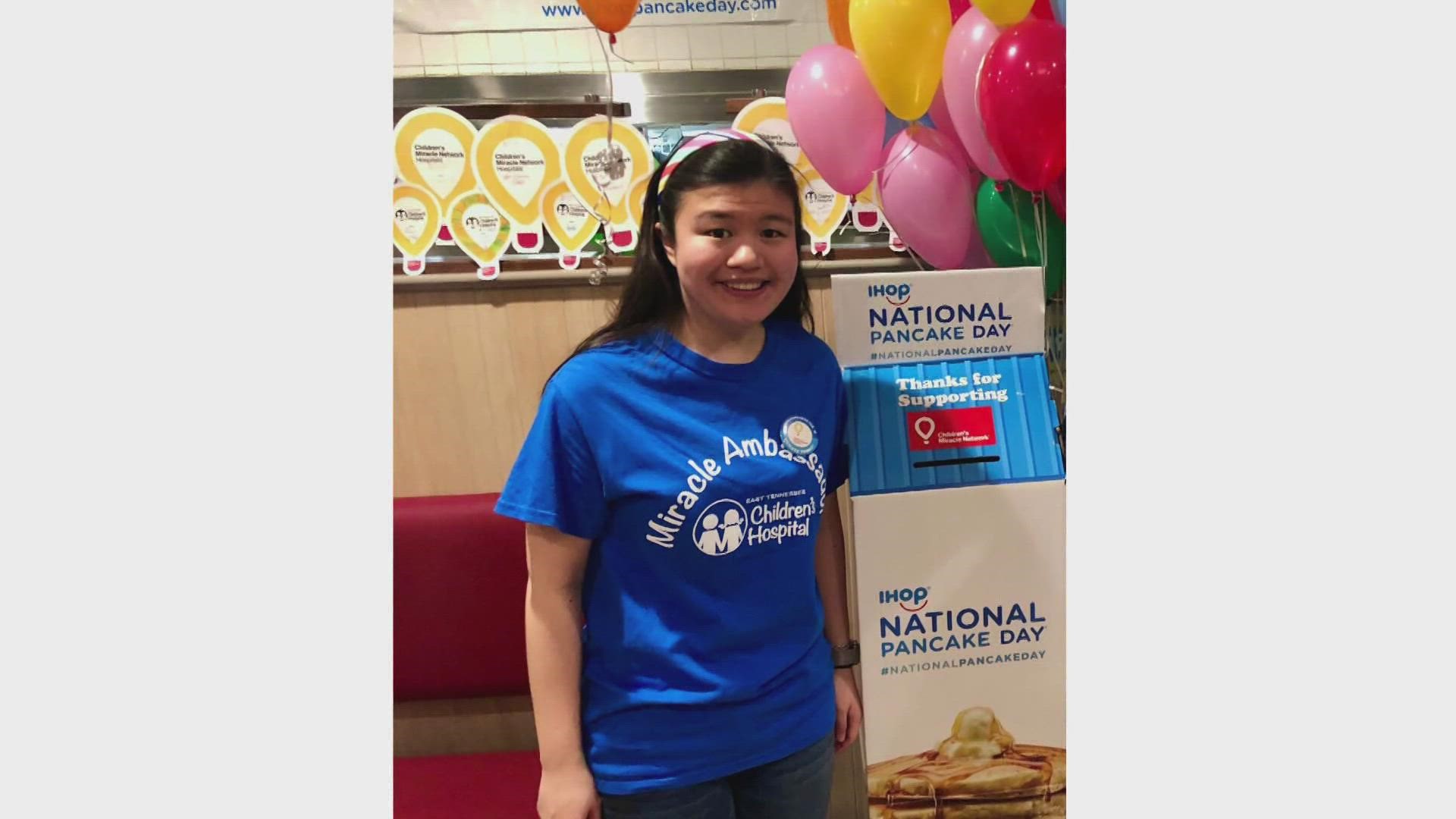 KNOXVILLE, Tenn. — Being sick is no fun.

Being chronically sick with an illness a lot of people can't see is a whole different battle, one Allison Campbell hopes she can make a little easier for kids.

"The detrimental effects of chronic illness are lifelong, and they're really quite impactful. So and we've seen cases where, I mean, kids are clinging on to the part of childhood that that was stolen from them," she said.

Like the parts of childhood where they have to explain their conditions to those who just don't know.

That's where Campbell's creation comes in.

"It's essentially just one of our vehicles to provide comfort to these kids," she said. "To provide true empathy to what they're going through when clearly kids their age, but even some grownups might not understand."

She's doing that with teddy bears.

The bears have secret pockets that hold plush versions of the treatments their kids are going through.

"Provide them with a little buddy who can understand what they're going through in every way," said Campbell.

That's why she started the nonprofit Fluffy Friends for Children with Chronic Conditions.

The first round of Fluffy Friends will be for kids with hydrocephalus, which is a buildup of spinal fluid on the brain.

It's treated with a shunt, which according to Johns Hopkins Medicine is a hollow tube surgically placed in the brain to help drain cerebrospinal fluid and redirect it to another location in the body where it can be reabsorbed.

UCLA Health said about 33,000 shunts are placed annually in the United States.

The Fluffy Friend bears will have plush ones.

She got the idea from another medically themed activity many know well.

"The teddy bear wellness clinic at the Fantasy of Trees, which is East Tennessee Children's Hospital's like annual fundraising event, where the children get a teddy bear, they diagnose it for a certain ailment, and then they treat the bear for that ailment."

Her bears will have ailments specific to the kids they'll go to.

She'll start with hydrocephalus, then make bears for kids with Turner Syndrome and sickle cell anemia.

Campbell has no business background.

The pre-med UT grad took a chance on her idea and competed in the 2021 Boyd Venture Challenge.

She left with a check for $5,000 in start-up funding for Fluffy Friends, giving her $11,000 from other competitions.

Campbell said that should pay for about 900 bears, and the instructional story book that will come with each of them.

"It will go towards launching our pilot program at East Tennessee Children's Hospital for phase one."

As an ambassador for the hospital who's spent plenty of time herself at Children's, Campbell knows what a difference this small act of kindness can make.

"We're definitely just trying to make sure that everyone who could benefit from them is reached," she said.

She's getting a prototype made now, and will continue to raise money through donations to spread this program to any kids who need it.

She thanks her mentors through the Haslam Business College who helped her get the grant money to start this venture.

Campbell is currently applying to medical school with plans to become a pediatric neurosurgeon.