Kelvion has been in Knox County about three years. 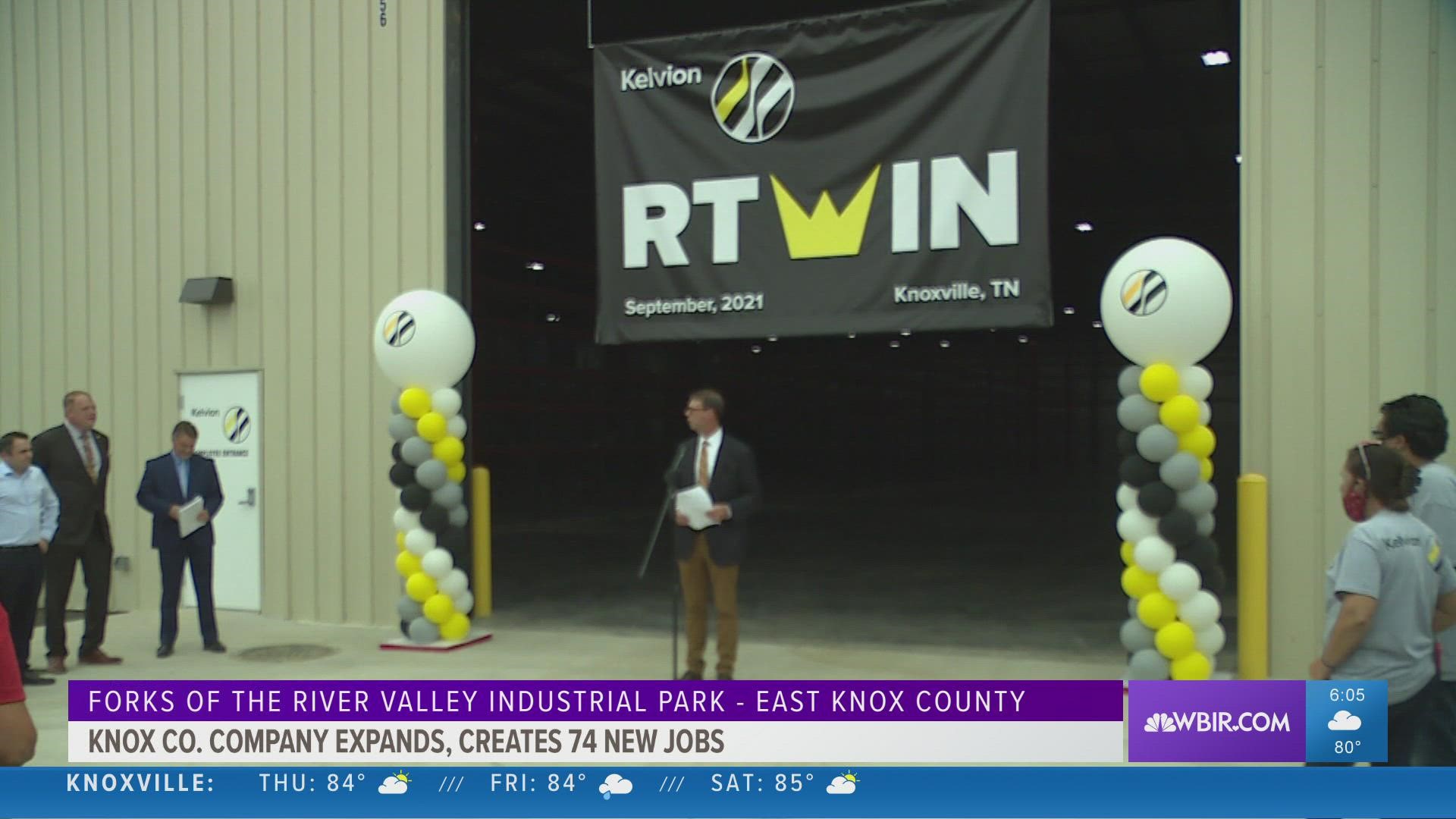 KNOXVILLE, Tenn. — A Forks of the River manufacturer has expansion plans that call for adding 74 jobs for which there are openings.

State economic development and county officials announced Wednesday afternoon that Kelvion, a global heat exchanger maker, will expand operations at its plant at Forks of the River Valley Industrial Park on National Drive. It's been there three years.

The expansion is valued at $3.8 million.

The company's heat exchangers are used in the refrigeration and data center industries.

The state issued a released Wednesday with comments from various officials.

"I congratulate Kelvion on this expansion, which is taking place less than three years since establishing operations in Knoxville and look forward to the company’s continued success in Tennessee," Gov. Bill Lee said.

Kelvion is intent on expanding its U.S. operations, with Knoxville viewed as the "first of many" expansions to come, Simon Jones, president of the Kelvion Refrigeration Technology Business Unit states in the release.