Four women will soon take seats on the Knoxville City Council. According to city leaders, that's the most women the city has elected to a council. 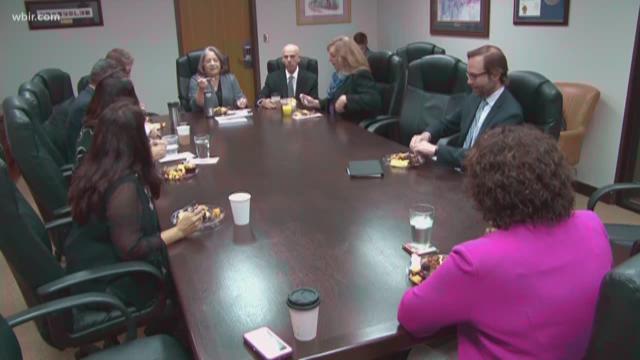 In the coming year Knoxville will see more women serving on the city council that at any time in city history, city leaders say.

Four women were elected to the nine-member City Council on Tuesday.

Each of the four women said they are excited for the historic moment.

"Having four women is historic and it's a wonderful thing to be part of that," Welch said.

In the 3rd District, Seema Singh Perez was elected.

"Having different points of view on the City Council is just going to help Knoxville more," Singh Perez said.

In the 4th District, Lauren Rider won the seat.

"It was just kind of a natural progression of the work I've already been doing in the community," Rider said.

And in the 6th District, voters elected Gwen McKenzie, who said she is the first woman to be elected in the district.

"I realized that sitting in this seat I really can do a lot to help people," McKenzie said.

"The more people vote and get active with government, the better government we get," Cohen said. "That's just an absolute proven fact."

According to the Knox County Election Commission, more than 11,000 votes were cast in Tuesday's election. Mayor Madeline Rogero said that's one of the largest turnouts in recent years.

"I think overall this says a lot about the voters of Knoxville and about the quality of candidates who want to run and want to serve," Rogero said.

The new council members will be sworn in in December.