The Sweetwater native crash-landed in a canvas and wood glider behind enemy lines in France almost 75 years ago. 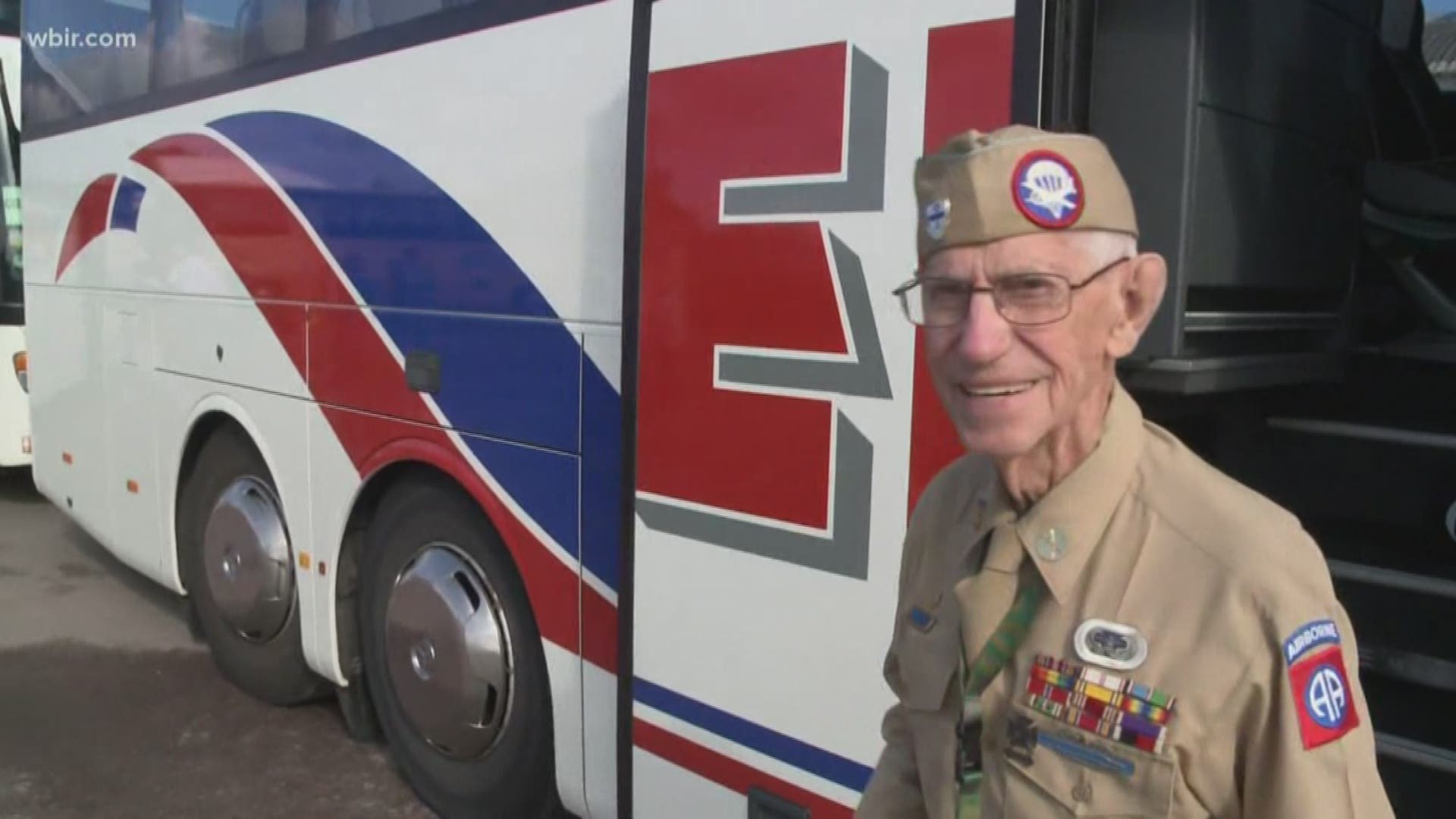 The 98-year-old served in the D-Day invasion and is credited with more than 400 days under enemy fire.

To take a step in Clinton Riddle's boots, means looking back on where he's been.

Those boots traveled with him from the beaches on D-Day to the celebration of his life in his hometown at First Baptist Church Sweetwater.

"Today is very much bitter sweet," his daughter Connie said.

She joined hundreds in walking through the reverend's life Saturday.

"Seeing all these people, all his friends," Connie said. "He loved people. People loved him."

Part of his journey involved crash landing in a canvas and wood glider behind enemy lines in France almost 75 years ago.

In 2014, he recounted his time with WBIR's John Becker to celebrate the 70th anniversary of what was the largest land and sea invasion the world had ever witnessed.

"First dead German I saw was laying in one of the alleys here," Riddle said.

His boots carried him through.

Now, the memories will carry his daughter Connie through a time of mourning.

"All different little snapshot moments is what I remember the most," Connie said. "Being able to walk on the fields where he landed in World War II. That is indescribable."

His impact on his hometown is beyond words as well.

"In this area, he was a pastor," Connie said. "He married half of the town and presided over the funerals of the other half."

And. the 98 years of memories created are too many to count.

"People coming through would say 'oh I remember him doing this' and 'he came and did that for me', 'my momma and daddy just loved him', 'he came and sat with us' and just -- unable to count the number of memories," Connie said.

Connie said she's thankful for the community support for Riddle over the years.

RELATED: Return to Normandy: A look back