Gatlinburg cancels Fourth of July parade due to COVID-19 concerns

City officials said new, patriotic events are in the works for families who want to celebrate while social distancing. 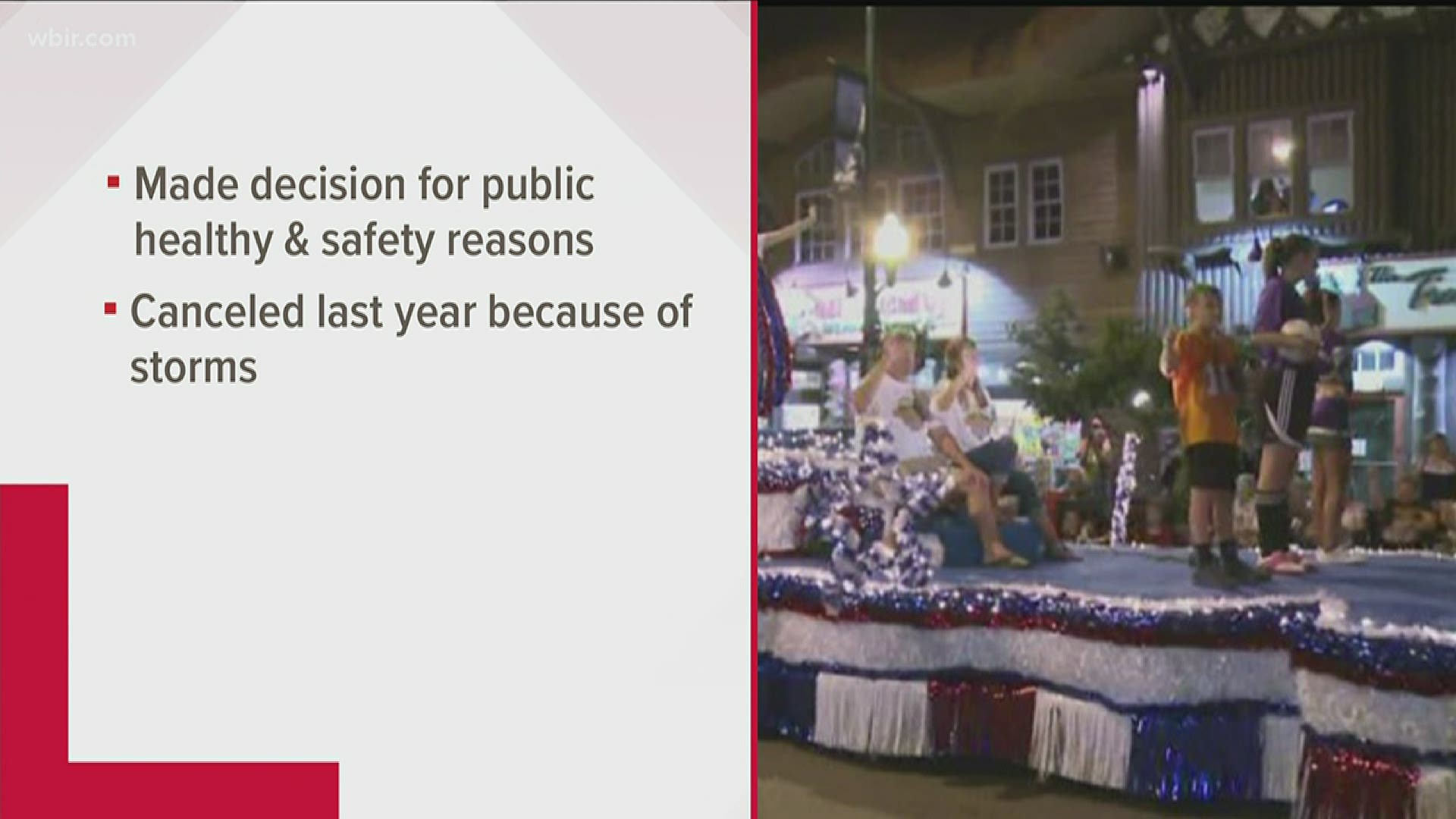 GATLINBURG, Tenn. — Gatlinburg officials said the city's Fourth of July parade is canceled for a second year in a row due to public health concerns.

The city will plan new patriotic events for families who want to celebrate while following social distancing guidelines, officials said in a Tuesday press release.

“This is very disappointing for us, our participants and visitors.  But in light of these unprecedented times, it is the right thing to do for everyone’s health and well-being,” said Mark Adams, president and CEO of the Gatlinburg Convention and Visitors Bureau. “The city plans to create new, reimagined patriotic events that account for families who may still wish to celebrate the holiday with new healthy travel standards.”

The city said its 45-year parade tradition is a special one -- it's the only midnight Fourth of July parade in the nation, and the city boasts yearly it is the first to celebrate the holiday in the continental U.S.

In 2019, the parade had to be suddenly canceled due to strong storms that rolled into the mountains that night.

Gatlinburg is asking visitors who plan to return to the area to travel responsibly and institute new healthy travel practices while they are on vacation.

Officials provided the following list of suggestions in the same press release: