The restaurant's co-owner said she learned the man was terminally ill and was living his last few months by paying it forward. 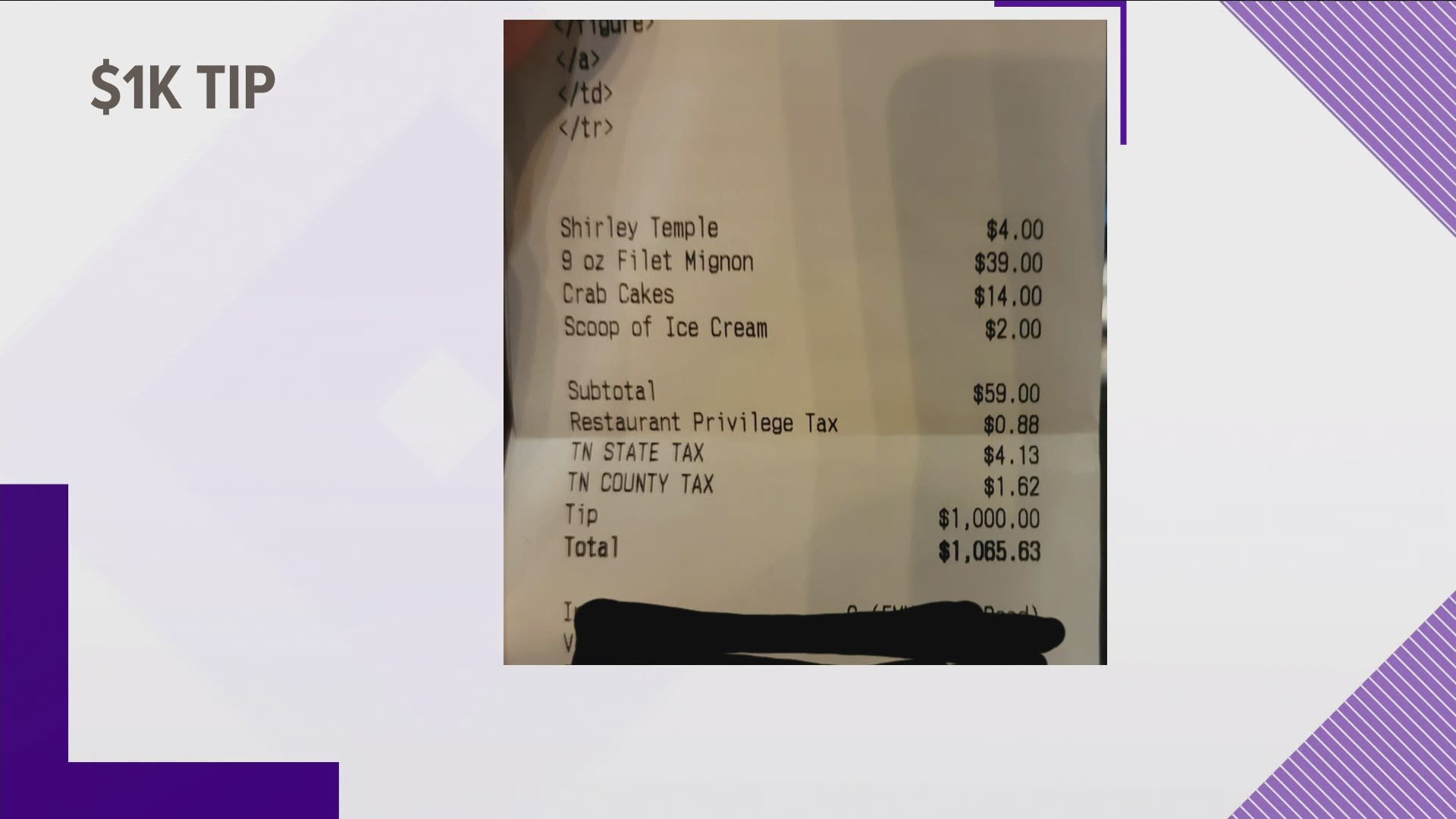 GATLINBURG, Tenn. — The staff at a steakhouse in Gatlinburg was in for a big surprise when they took a look at the tip left behind by one customer.

Michelle Stanga, co-owner of the Burg Steakhouse, said a tourist brought his daughter in for lunch and later returned for dinner.

The original bill was $59 for a Shirley Temple, a filet mignon, crab cakes and a scoop of ice cream.

Stanga said she learned the man was terminally ill and was living his last few months by paying it forward.

"He came in for lunch, and came back for dinner and he surprised our staff with a $1,000 tip. He wanted everyone in the steak house to have a piece of it to pay it forward and everyone was just so appreciative. "

Credit: WBIR
The co-owner of the Burg Steakhouse says a man brought his granddaughter in for lunch and returned for dinner, leaving a $1,000 tip.

The big tip will be spread among the staff. The man also paid for meals at two other tables.

The waitress said the man wished to remain anonymous.