Records show 100 white hummingbirds ever documented in United States and a small percentage of those were albino, making this an incredibly rare bird. 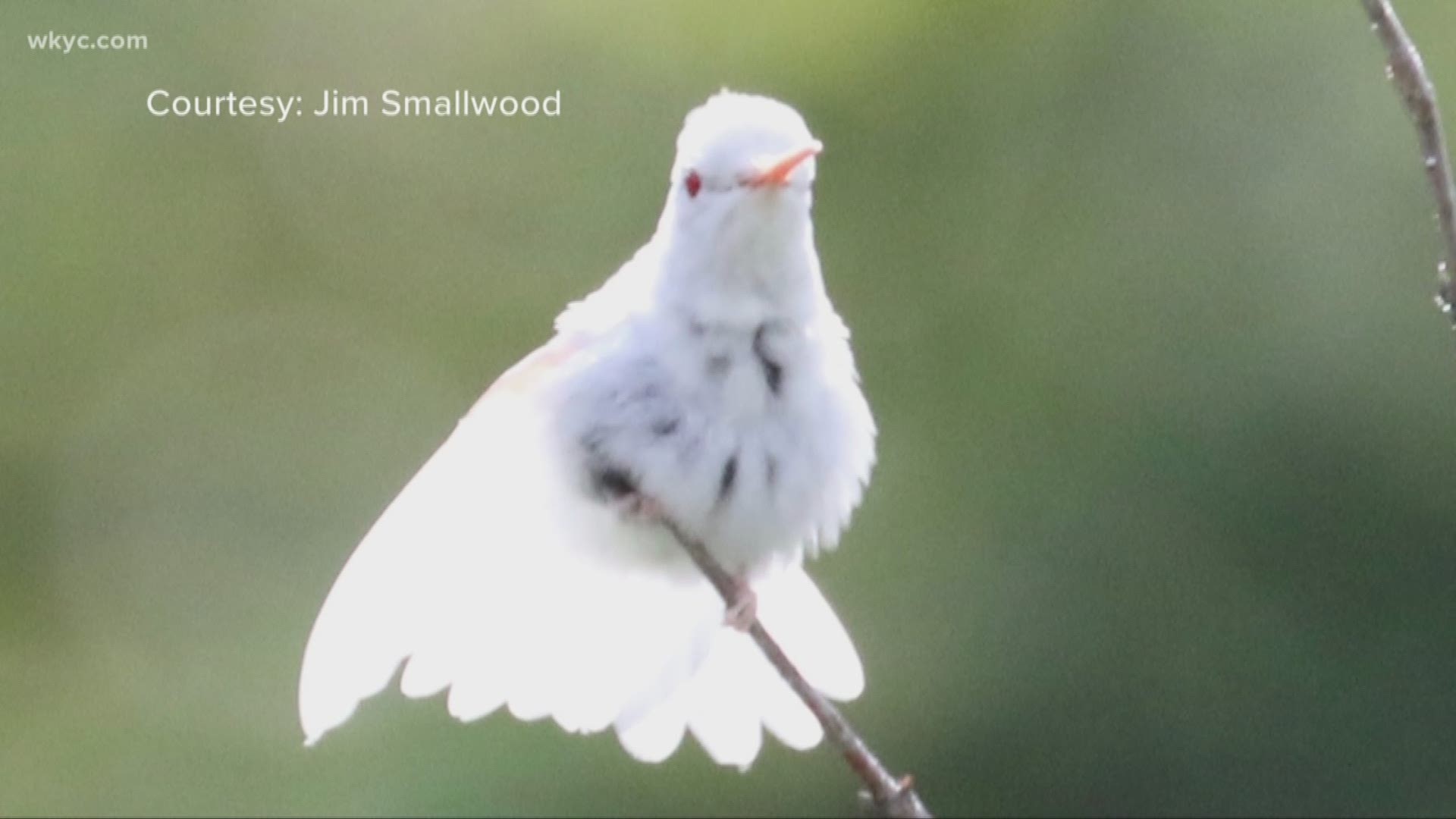 For the Gutka family, it was a cool sighting at their Chardon Township home. For a birder, it would be equivalent to seeing a unicorn.

Albino hummingbirds are incredibly rare and seeing one would make any binocular-clad birdwatcher weak in the knees.

Andrea Gutka has seen the tiny, white beauty buzzing from flower to flower in her yard. She's seen many normally colored ruby throated hummingbirds in her yard this year and credits the blooms on the Rose of Sharon shrub along her white picket fence and something else. Gutka says, "We put up some red patio furniture and that seemed to bring them in."

The Gutkas have a variety of plants growing in the area from jewelweed to gladiolas. They even have a hummingbird feeder on their second floor deck, but the favorite haunt of the white wonder is a pot of brightly colored New Guinea impatiens. Andrea says, "the bird visited us about three times we could see over the past week."

For one visit, Gutka had her cell phone handy and recorded a short video. The latest time, family friend Jim Smallwood captured three photos of the incredible bird, complete with pink eyes and light colored bill.

Birds can be born with something called leucism. That's when there is some pigment loss in their feathers, leaving them with white patches on their bodies. Albinism, on the other hand, is a complete loss of pigment and is much rarer.

The Gutka's bird exhibits the pink eyes and bill related to albinism. Andrea says she's thankful the little bird has chosen her home to feed up before its long migration to Central or South America this Fall. "We felt pretty priviledged, yeah for sure. We felt like we hit our own little lottery out here in the world of nature."