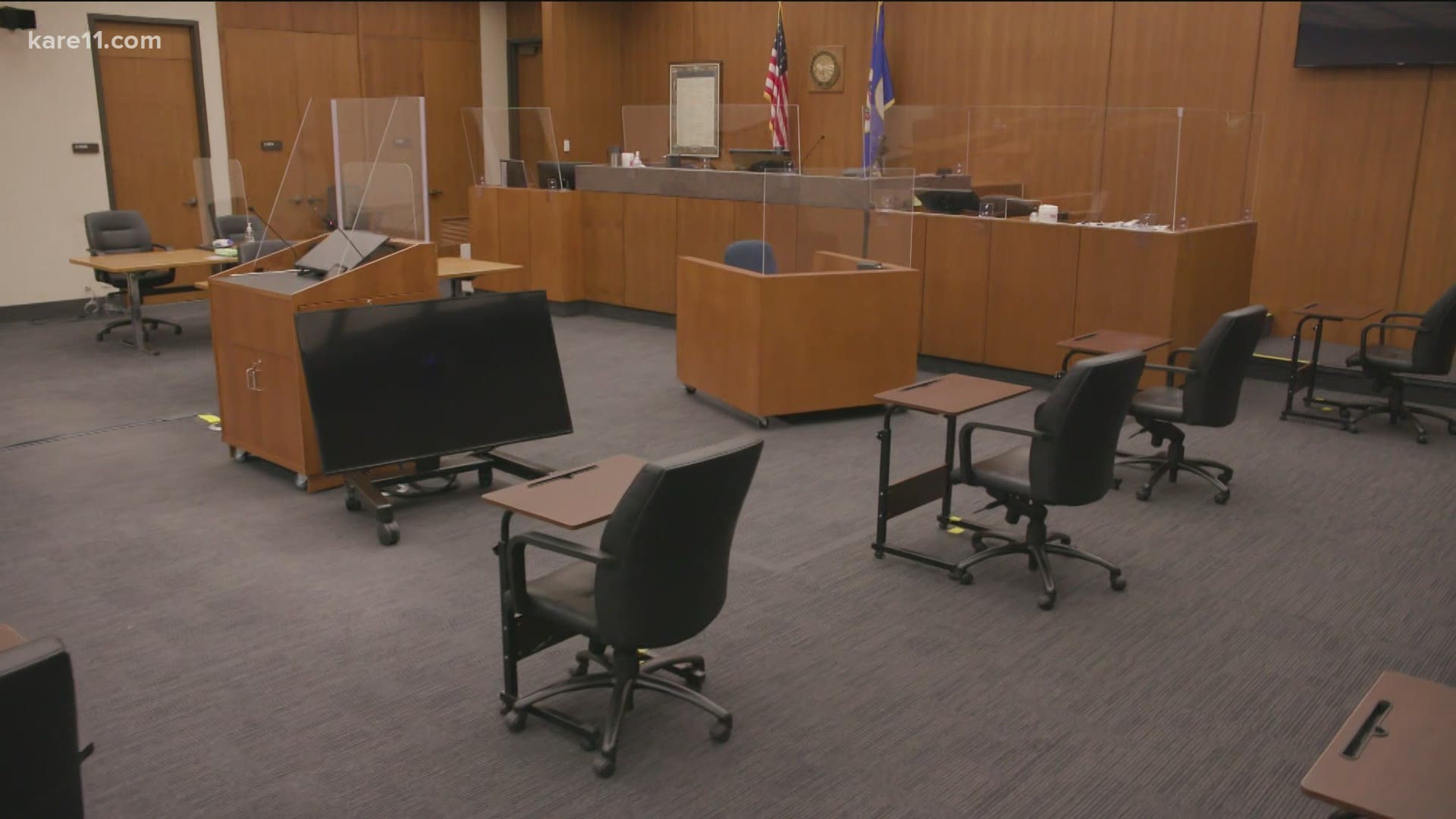 MINNEAPOLIS — After 14 days of testimony in Derek Chauvin’s murder and manslaughter trial, Judge Peter Cahill turned to the jurors on Thursday and addressed a question all of them had likely been asking privately.

How much do I pack?

Cahill told them to “plan for long and hope for short,” explaining how they would head straight into deliberations following closing arguments on Monday. It is difficult, if not impossible, for the general public to understand the pressure those jurors will face when they begin their private discussions next week, as they decide one of the most important and high-profile cases in recent memory.

Dave Berggren is among the few who can grasp the concept.

Berggren, a former KARE 11 employee and Twin Cities resident, sat on a jury in a Ramsey County murder trial in 2003 – as a college senior.

“When Judge Cahill turned to the jury yesterday and said, ‘pack a bag for the long haul,’ it immediately brought back memories of being told that same thing from our judge,” Berggren said. “I completely feel the weight of what they’re going through.”

When I was a senior in college, I was a juror in a murder trial. We were sequestered too. In my experience, we took our duty extremely serious and understood the weight of our decision.

Although Berggren acknowledges his murder case did not approach the level of publicity of Chauvin’s, he can provide rare insight into a process most people know nothing about. In his case, jurors sat through a first-degree murder trial for a week and a half, learning about blood splatter and ballistic evidence as the defendant adamantly denied involvement.

Berggren described his time as a juror as a somewhat lonely experience, having to carry the burden of such enormous responsibility without any ability to discuss the case with friends or family. Even the jurors themselves aren’t allowed to mention the case to each other until deliberations; which, in the Chauvin case, means they’ve had to remain silent after watching excruciating body camera video of George Floyd’s final moments.

That will change Monday after closing arguments.

“It really is your first opportunity to finally just talk about it. All these thoughts and feelings, finally getting to verbalize it… it becomes this strange, weird case study. Who is going to step up and be a leader? Who is dominating the conversation?” Berggren said. “It’s a bizarre setting, but for our deliberation in particular, we elected a leader, a foreperson, and from there took a vote. And we were clearly divided right away.”

With such high stakes in the Chauvin trial, many KARE 11 viewers have asked about potential scenarios where the jury remains deadlocked, particularly because the jurors must reach unanimous agreement on each count separately.

LaJune Lange, a retired judge and legal analyst, said Chauvin would not face another trial to resolve deadlocked counts.

“There would be no interest of the state, or the court to try [those],” Lange said. “It’s called Double Jeopardy, if there’s a conviction on one count, to try again on a different count."

However, Lange said any deadlocked jury scenario is probably unlikely. First, she said, the judge would likely issue special instructions to the jurors if they struggle to come to an agreement after four or five days, in an attempt to resolve the deliberations.

Secondly, the Chauvin case is not a traditional murder case, in the sense that the jury has a wealth of video evidence and will be considering the defendant’s actions on a “reasonable officer” standard. There is no doubt that Chauvin was present at the scene where Floyd died; the entire interaction is captured on several camera angles.

When Dave Berggren served on that Ramsey County jury in 2003, he and fellow jurors found the defendant guilty.

“Walking back into the courtroom, decision in hand, was the most nervous I’ve ever been,” Berggren said. “I’ve thought about it for 17 years. And I have no doubt, the jury that will see the case next week, this will be something that will change their life forever.”