The Minister's Treehouse was once billed as the biggest tree house in the world. The pastor who built said he was inspired by a vision from God. 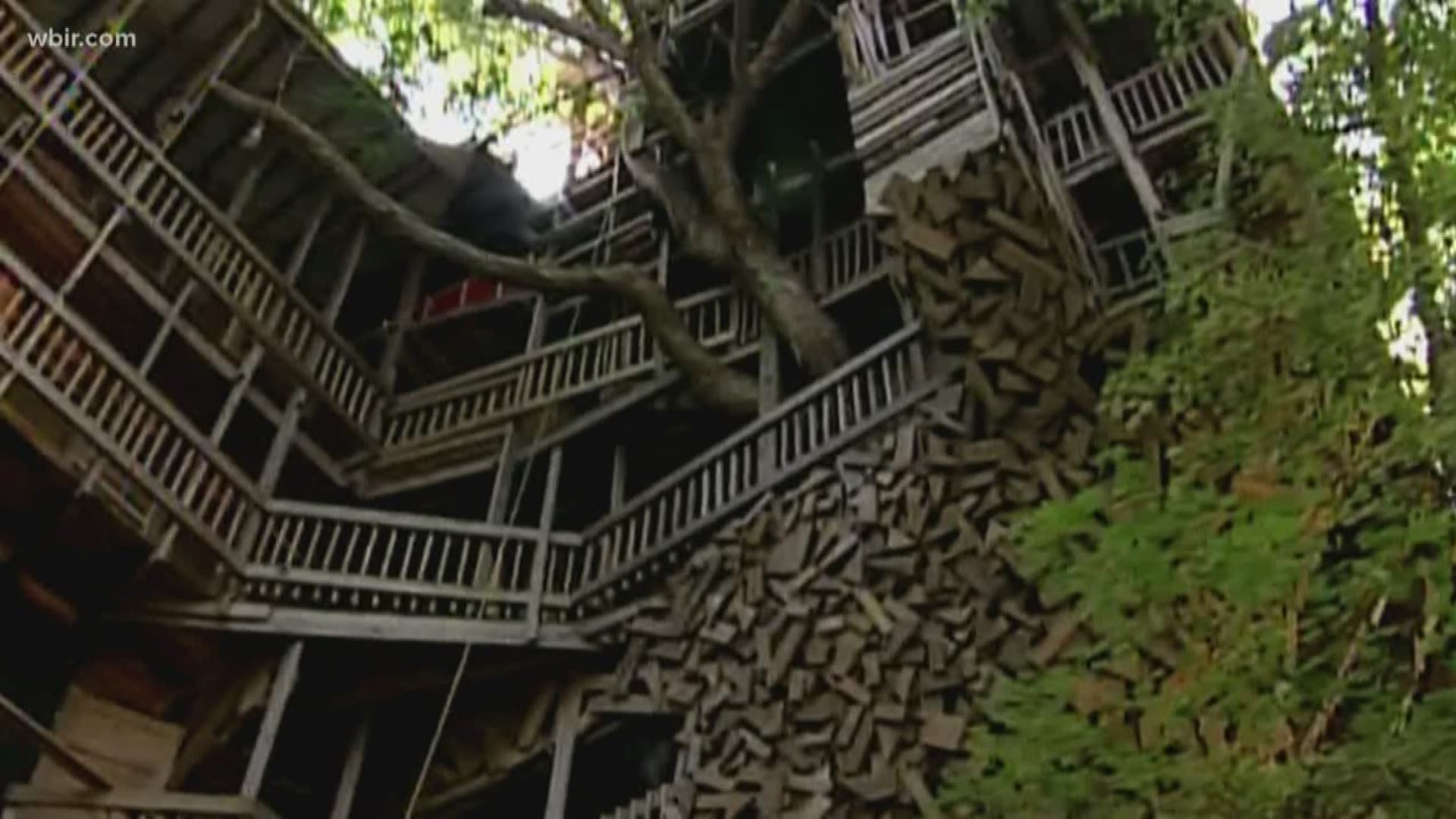 CROSSVILLE, Tenn. — The new owner of the property where a giant treehouse stands in Crossville says he's won't tear it down.

The city council just approved a water line extension to the property where the new owner of the property on Beehive Lane is planning to build a new house.

Mayor James Mayberry told 10News earlier that he assumed the new owner would tear the treehouse down to prevent people from climbing over the fence to visit the old treehouse, which the fire marshal shut down in 2011.

But 10News reached out to the new owner, Glenn Clark, who said didn't plan on tearing the treehouse down.

The treehouse, now abandoned and dilapidated, stands over 100 feet tall and was built around 7 trees. It was once billed as the biggest treehouse in the world and was called the Minister's Tree House since it was built by a pastor who said he was inspired by a vision from God. It took about ten years to build.

People used to tour the treehouse regularly until the fire marshal found violations including no handrails and steps that were too short.