Gibbs students remember the life of their classmate and best friend, Zach Munday

The Knox County Sheriff's Office confirmed it was investigating the death of 15-year-old Zach Munday on Wednesday. 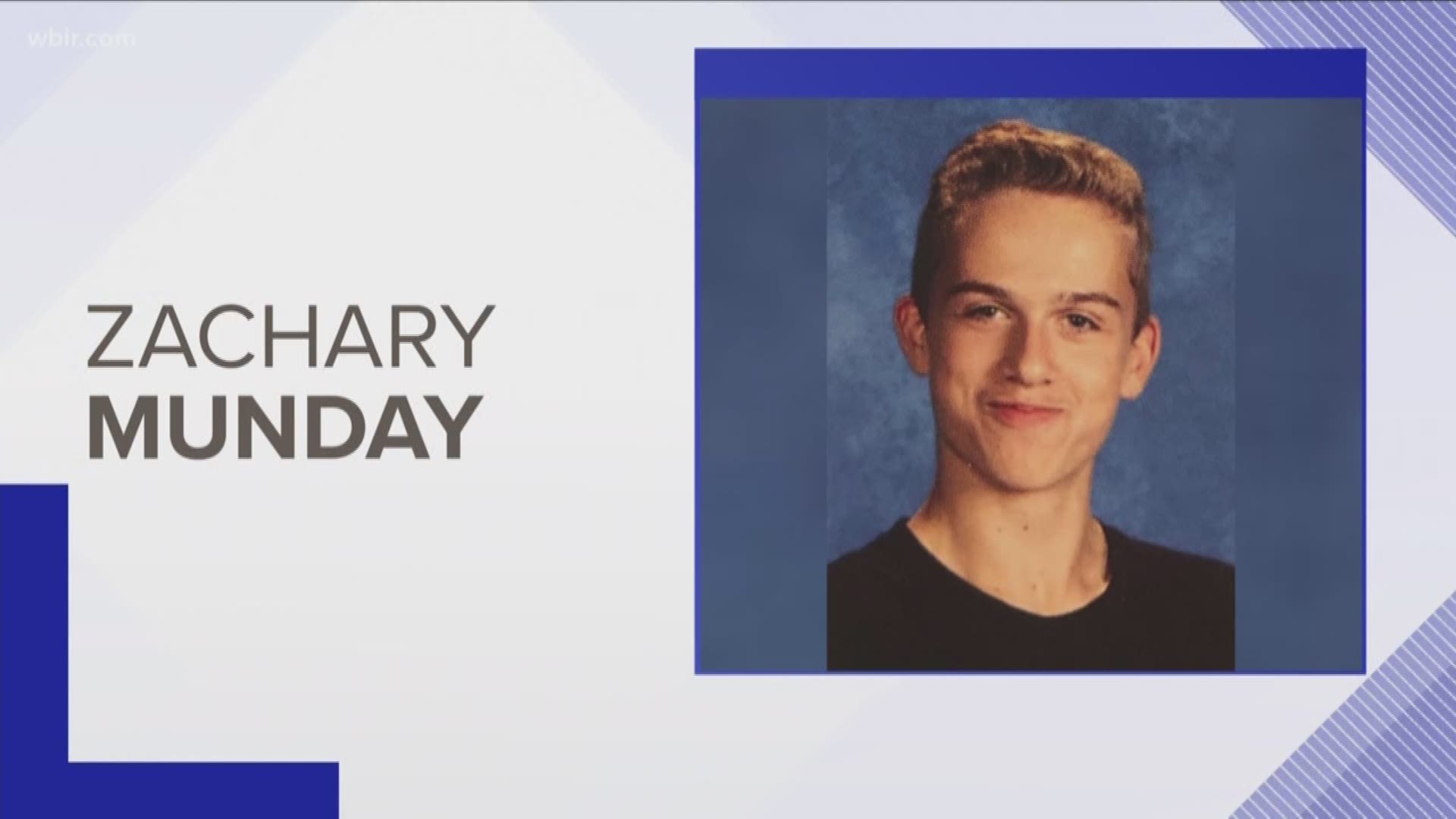 "I just didn't think it would be him because he was my closest friend," Gibbs High School student Christian Underwood said.

Some of Munday's friends gathered on Wednesday to remember their classmate. Most of them were still in shock.

"He has a whole life ahead of him and for that to be taken away is awful," Gibbs High School student, Emily Royal said.

Friends said Munday was outgoing, played football and wrestled. One of his friends easily described who he was in just one word.

"One word? 'Sunshine' would be the word," Royal said.

Police haven't released how or why the student passed away, but friends want to focus on the life he lived.

"He was very sweet all the time and never upset about anything,"Royal said.

"If I got down he would pick me up and if he got down I would do my best to pick him up," Munday's friend, Austin Meyers said.

"He was really fun to be around and he was my best friend," Christian Underwood said.

The Gibbs community has rallied together with fundraising accounts, kind words on social media and some have gathered to pray.

"We've come together a lot to pray for him at different places in different groups," Royal said.

If Munday could hear one last message from some of his best friends, this is what they want to say:

"I love him and it's not fair this happened to him. He was one of the best people that's ever come in my life," Emily royal said.

"I just want him to hear that I love him and he will always be like a brother to me and he'll always be my best friend," Christian Underwood said.

"I wish I could pick him up in the morning one more time on the way to school and just listen to music with him," Austin Meyers said.

The sheriff's department said they plan to release more information about the investigation soon. It could be as early as Thursday afternoon.