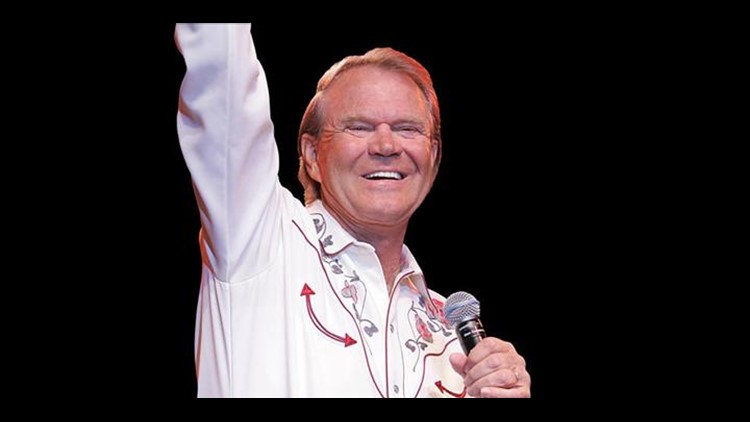 Glen Campbell's children give up challenge to singer's will

Nashville — Three adult children of the late-singer Glen Campbell have ended their effort to contest their father's will, which specifically excluded them from any inheritance.

Campbell's will left his estate to Kimberly Campbell, his wife of 34 years, and five of his eight adult children, but left out three children from prior marriages — William Campbell, Kelli Campbell and Wesley Campbell.

On Monday, the three siblings agreed to dismiss their fight for a piece of their father's estate. A legal filing in Davidson County Probate Court did not detail why. The three had contested the validity of the 2006 will, questioning their late father's capacity.

The legal dispute pitting Campbell's widow against three of Campbell's children has long delayed resolution of the singer's final affairs, including the question of who has the rights to future royalties on his music. The legendary performer was known for songs like "Gentle On My Mind", "Galveston", "Wichita Lineman" and "Rhinestone Cowboy".

Through her attorneys, Kimberly Campbell issued a statement that said she was pleased to put the matter behind her.

"The filing of a will contest last January came as a shock to me," the statement said. "There was never any merit to these claims.

"I am pleased to finally put this difficult experience behind me so that I may focus on my family, my continued mission to educate, destigmatize, and raise awareness for Alzheimer's disease - and to honor my husband and his amazing music legacy."

Campbell's statement noted that there was no settlement made with the adult children.

Attorneys for the three adult children contesting Campbell's could not immediately be reached.

Though unofficial estimates initially placed the value of the Campbell estate in the millions, estimates given to the probate court listed an estimated value of $420,221.