It's not clear yet how much space the company would occupy and for how long. 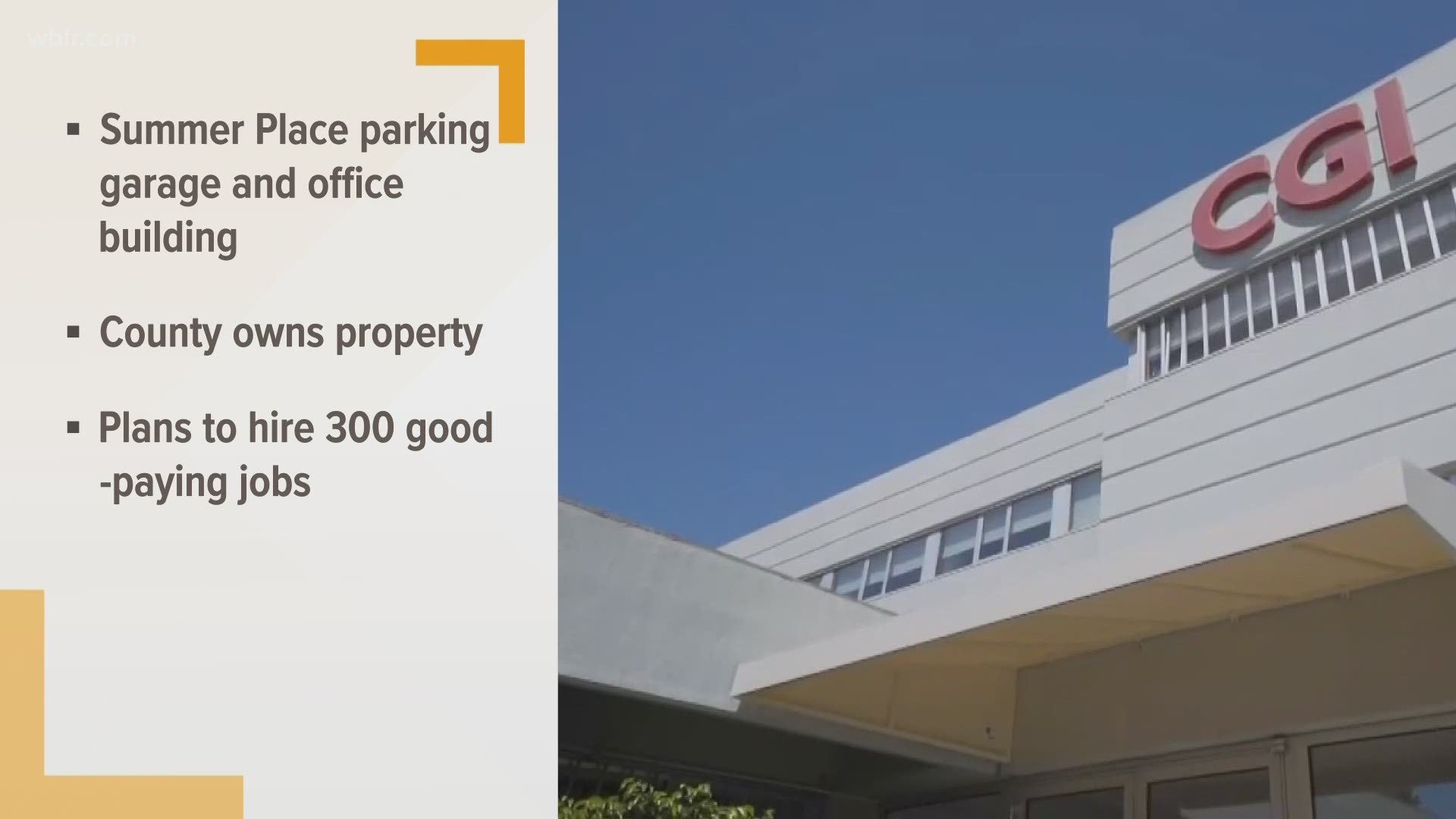 KNOXVILLE, Tenn. — Knox County government staff is finalizing the details of an agreement for a global IT company to occupy space in the county's newly acquired Summer Place parking garage and office building downtown.

A resolution confirming the county's deal with CGI was on the Knox County Commission's Agenda Committee schedule this week, but Finance Director Chris Caldwell said the document may need another month to finish. Full terms were not yet available.

CGI announced in February it was coming to Knoxville with the prospect of creating some 300 jobs. It's looking at a long-term commitment, likely with its own space some day but would occupy temporary space in the interim.

Company officials indicated a preference for being downtown, Caldwell said at the time. The county was happy to oblige.

The county recently acquired Summer Place at 500 Summit Hill Drive for about $1.6 million from TVA. It was part of a deal that allowed the county to become a long-term tenant in TVA's nearby East Tower for school system space and for University of Tennessee System space. 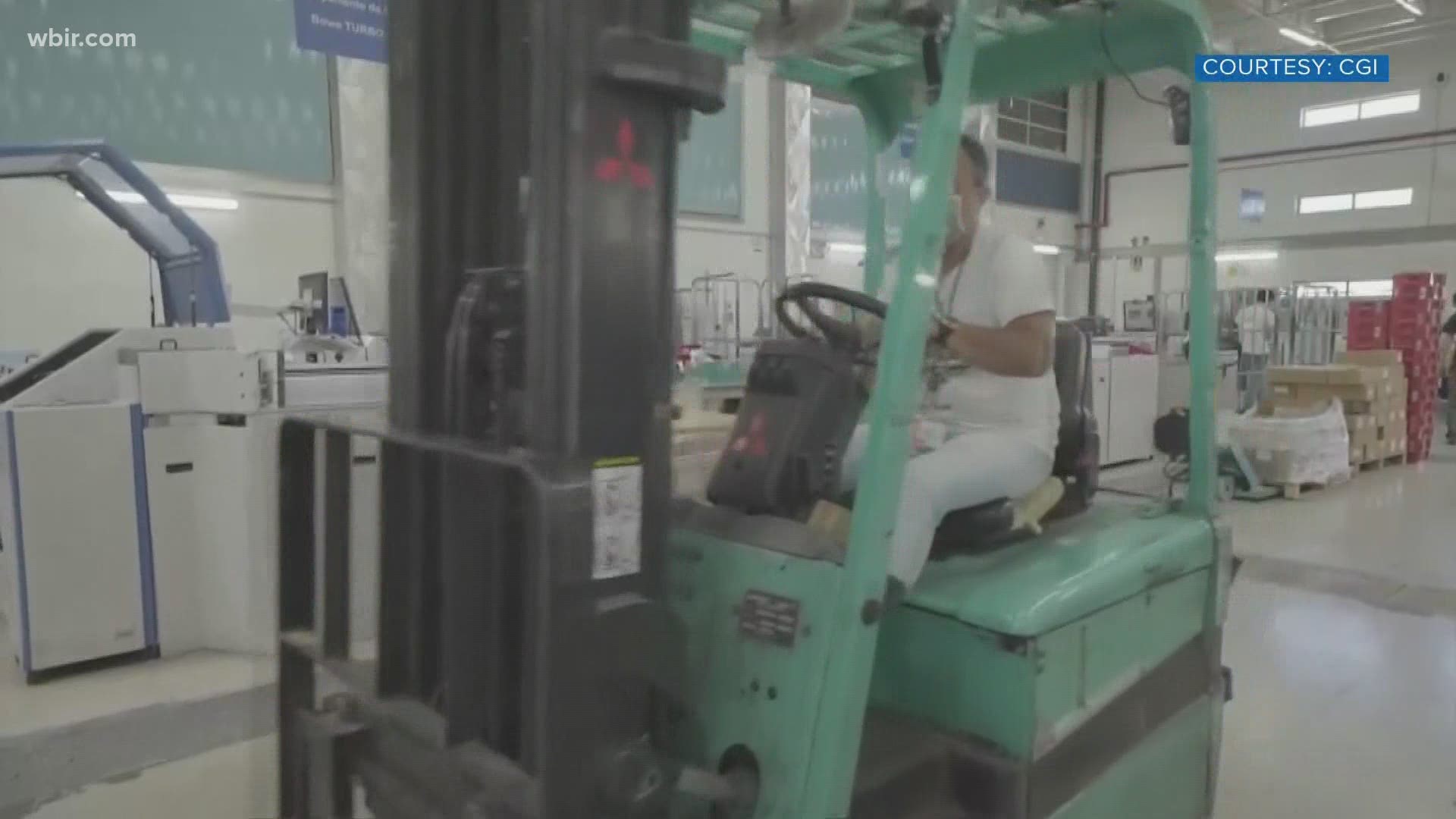 CGI intends to open an information tech delivery center here, gradually hiring with a target of 300 personnel in five years.

It will be CGI's eighth IT delivery and support center in the U.S.

The average starting salary for an "early career" professional in Knoxville will be $60,000 annually, according to Alison Hallett, vice president of CGI's U.S. marketing communications. 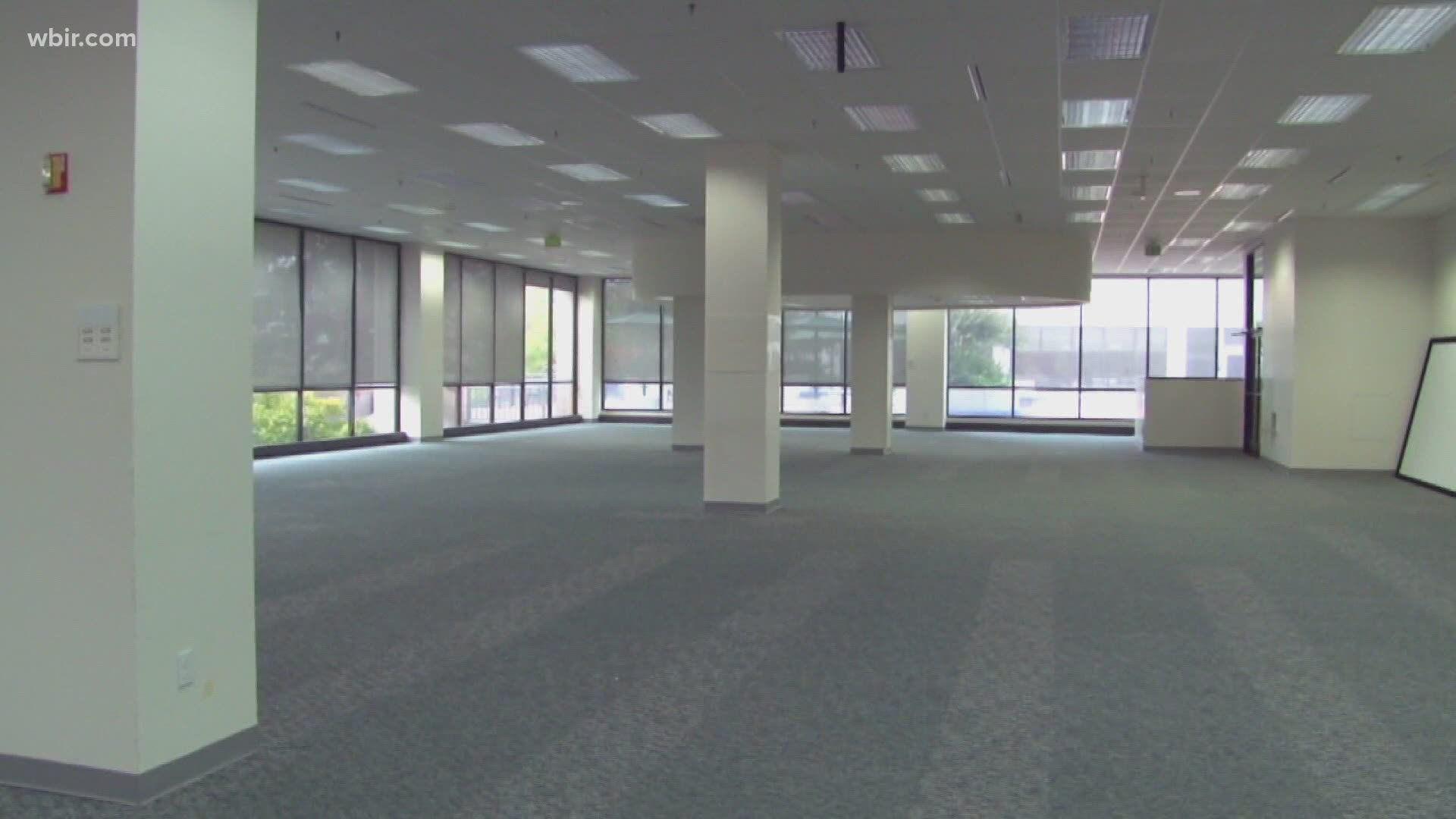 Knox County Schools administrative offices are slated to occupy about six floors of the East Tower. They would move from their current home in the Andrew Johnson Building on Gay Street.

The UT System would combine space from various locations, including campus, in the tower as well.

TVA has consolidated into the West Tower, fronting Summit Hill.