As beer sales pick up at Neyland, so do recycling initiatives

UT's Office of Sustainability said the university has a goal of diverting 90-percent of waste from the landfill. 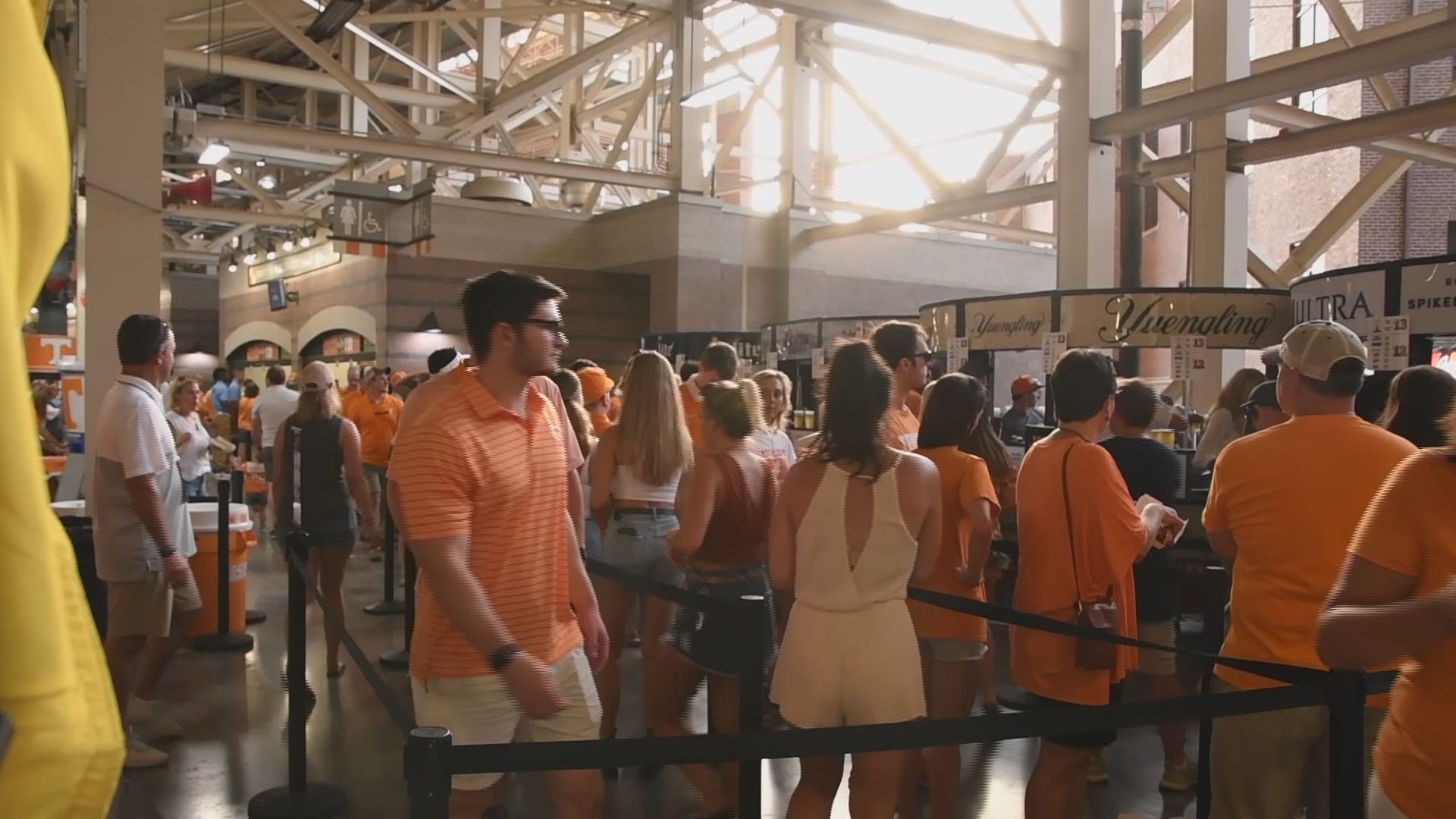 All of them had to be poured into clear plastic cups before being served to fans.

So, what happens to all the empty beer cans?

UT Facility Services helps make sure all of them are recycled.

Aramark employees serving beer put the emptied cans into special canisters that are taken to recycling teams outside of Neyland.

"They bring the canisters out to us," supervisor Joe Van Cleaver said. "I have to count how many canisters come out that go into the recycling truck."

Outside Gate 23, Derek Allen was waiting with Van Cleaver to empty the canisters into the truck.

"By helping separate the recycling, it makes the recycling process when we drop it off easier," he said. "It's cleaner waste."

Plus, it's contributing to the university's zero-waste goal.

In 2015, the Office of Sustainability said 66-percent of game day waste was kept out of landfills by composting, recycling or donating food.

"Instead of taking everything to the dump, we're taking it and recycling it," Van Cleaver said. "And it helps make money for the university."

Still, that's okay. UT officials said the main goals are creating a culture of sustainability and keeping waste from filling up landfills.

"They should [recycle] all the time regardless in their own communities as well as their homes," Van Cleaver said. "Once you come out to a venue like this, you'll know that we're recycling as well and hopefully everyone will get more involved."