The governor said he will be working with Knox, Shelby, Madison, Hamilton and Sullivan counties and their health departments to plan re-opening strategies. 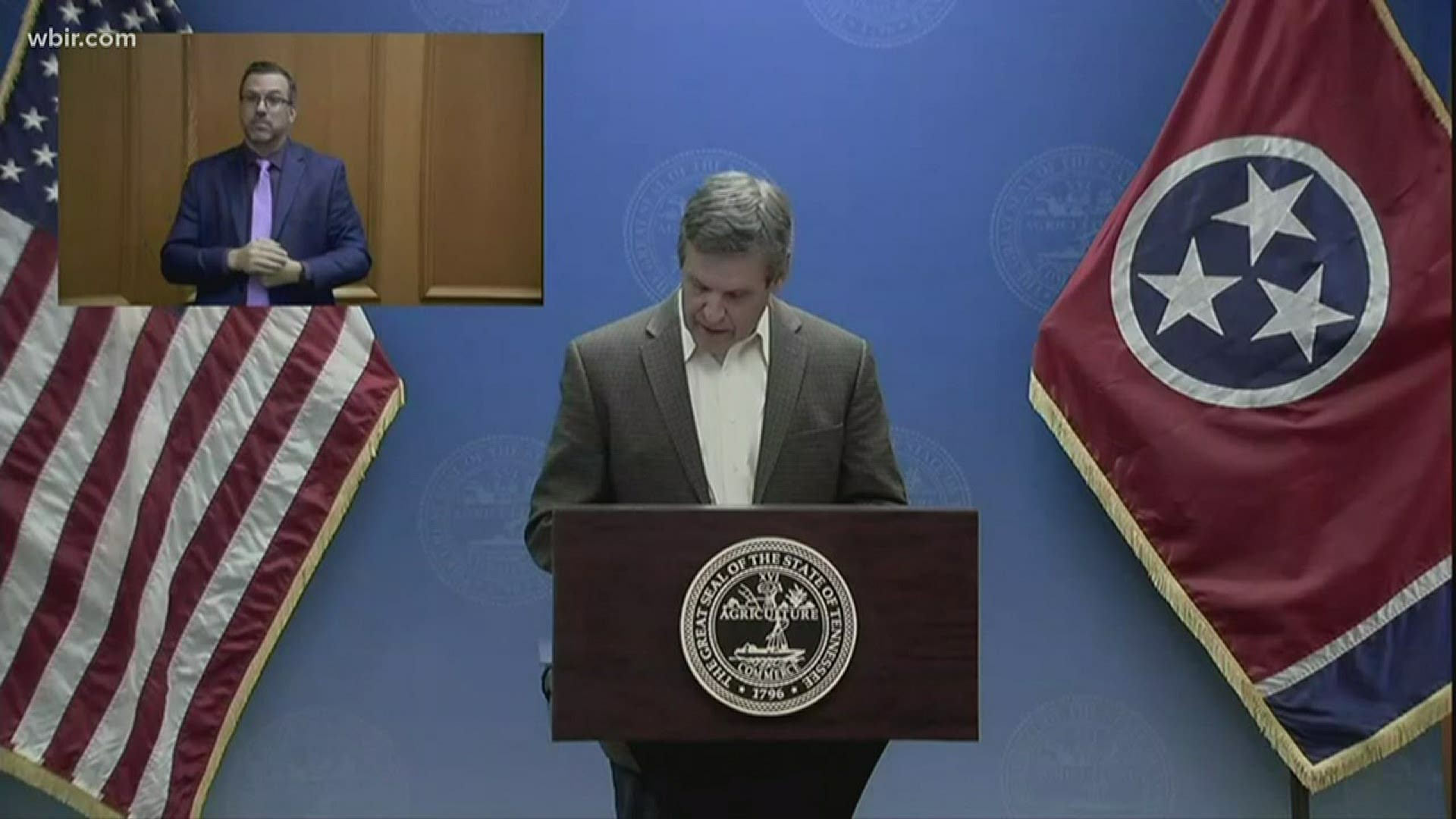 Gov. Bill Lee announced Monday his Safer at Home order will expire on April 30, allowing the 'vast majority' of businesses in Tennessee to reopen beginning Friday, May 1.

Gov. Lee said some businesses will be allowed to reopen as soon as Monday.

“Our Economic Recovery Group is working with industry leaders around the clock so that some businesses can open as soon as Monday, April 27,” said Gov. Lee. “These businesses will open according to specific guidance that we will provide in accordance with state and national experts in both medicine and business.”

The governor said he will be working with Knox, Shelby, Madison, Hamilton and Sullivan counties and their health departments to plan re-opening strategies.

“While I am not extending the safer at home order past the end of April, we are working directly with our major metropolitan areas to ensure they are in a position to reopen as soon and safely as possible,” said Lee. “Social distancing works, and as we open up our economy it will be more important than ever that we keep social distancing as lives and livelihoods depend on it.”

Gov. Lee said he will be providing guidelines for businesses on how they can facilitate phased reopenings starting next week.

Knox County Mayor Glenn Jacobs agreed with the governor's decision, saying it's important for people to get back to work and make a living.

"I agree with Gov. Lee’s decision to end the Safer at Home Order on April 30 and am pleased he has said that some businesses will be able to open as early as next Monday,” said Knox County Mayor Glenn Jacobs. “I look forward to working with the State to develop a plan for Knox County that gets people back to work as safely and quickly as possible.”

Jacobs said people should realize the reopening process will not be instantaneous, saying some measures taken after reopening to prevent COVID-19 from spreading further will likely be in place for 'some time.'

"I just think it's great. I just can't wait for folks to start getting back to work," he said.

Knoxville Mayor Indya Kincannon said she supports lifting restrictions so long as numbers continue to show the curve being flattened.

"Recent trends in Knoxville indicate that our social distancing efforts are working. If the numbers continue to show this 'flattening of the curve,' I support reopening our economy, lifting restrictions in a gradual way, based on data, not dates," she said.

Gov. Lee said Monday during his daily briefing he is also going to allow state parks to begin reopening in phases starting on Friday, April 24. Most of Tennessee's state parks will reopen for day-use on Friday, according to a release from officials.

Mayors from Tennessee's four largest metropolitan areas, including Knoxville, said last week they formed a task force of health and business professionals that will guide the phased reopening process. The task force will begin meeting this week, saying they will publicly announce their initial discussions, findings, and action steps.

Tennessee Department of Health Commissioner Dr. Lisa Piercey said trends such as increased state testing capability and promising daily numbers showed it's "probably safe from a medical standpoint" to start relaxing restrictions that were put in place in March.

Gov. Lee said social distancing remains critical to begin the next phase of reopening the economy -- saying the health and safety of Tennesseans will remain the first priority.

"The only way we can do that is if Tennesseans remained committed in social distancing," he said. "It will be lifted as a mandate, but not as something necessary for us to participate in."