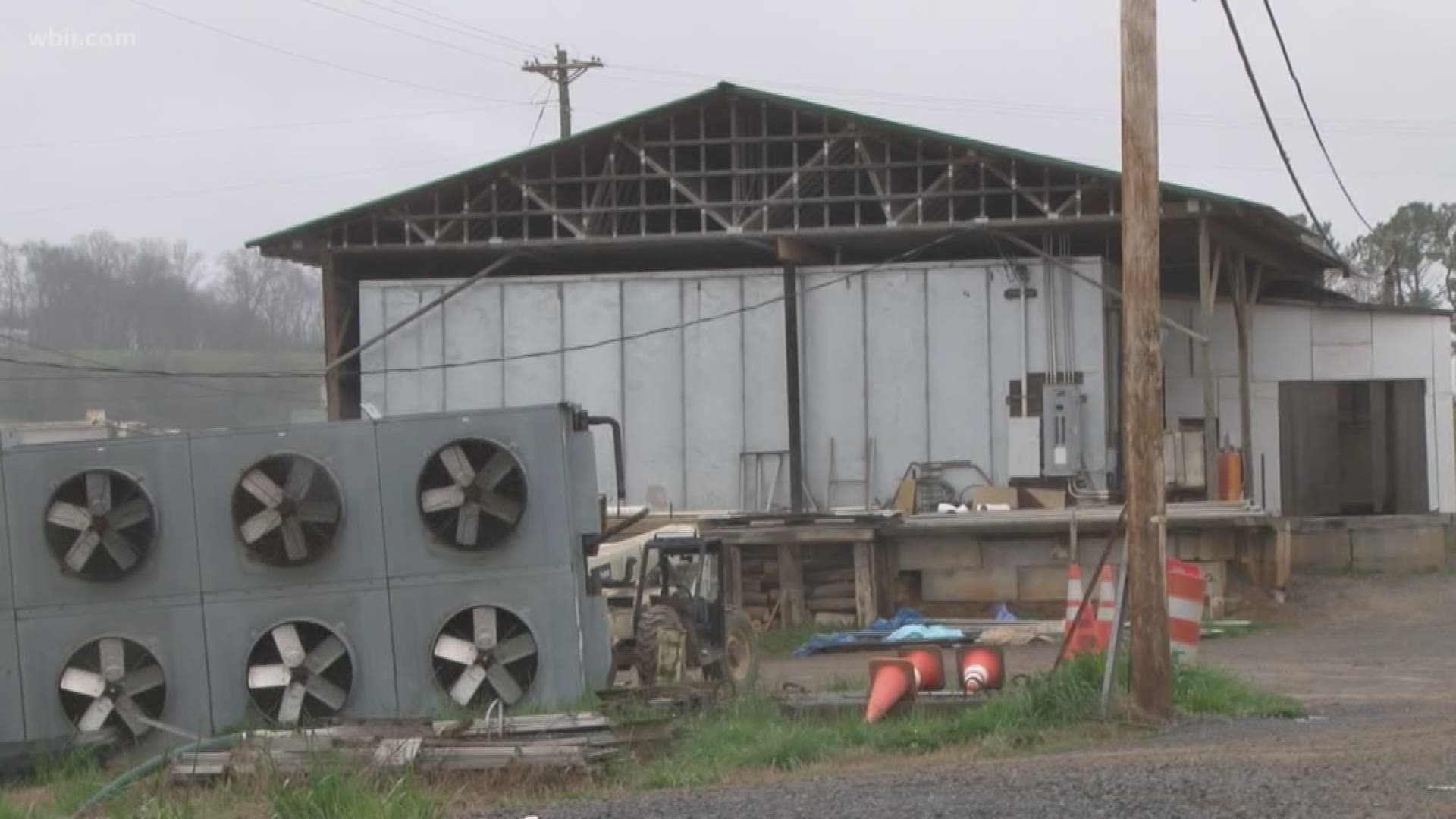 The father says his six-month-old daughter had been bathing in bacteria-filled water for months.

But the father of a six-month-old daughter wishes it were further away.

"Nobody ever notified us that the water was bad," Blankenship said. "The only way we found out was on Facebook."

Blankenship says his family never heard from the Tennessee Department of Environment and Conservation, even after the septic system at the plant failed back in March, according to documents obtained by 10News.

TDEC says it provided well sampling to 12 households they say could've been impacted by the spill, but Blankenship wasn't one of them.

"Nobody ever told us, so once we saw that, we're like well, we need to get ours tested," Blankenship said.

The Grainger County Health Department and a third party found E. coli and other bacteria in the water. That water was the same water Blankenship drew from his well and bathed his daughter in.

"All these houses have to be hooked to the same one, I mean, it's not like just the people that literally live across the street from the slaughterhouse that are affected by it. It would be this whole community," Blankenship said.

It's a community Jordan's sister, Kristin, fears may not know about the contaminated water.

"I think a lot of people in the area, if they're not physically seeing something in their water, they think they're fine, when that's not the case," Kristin Blankenship said.

She says she called TDEC who pointed told her to reach out to the health department.

"They really can't provide an explanation of why my parents and my brother were overlooked, why we were never notified of it," Kristin Blankenship said.

10News has reached out to the Grainger County mayor and the health department, but have yet to hear back.