The Supreme Court's ruling does not set a precedent at the intersection of equality, freedom of religion and freedom of expression. One East Tennessee shop owner calls it a win for Christians, but worries future decisions won't go the same way. 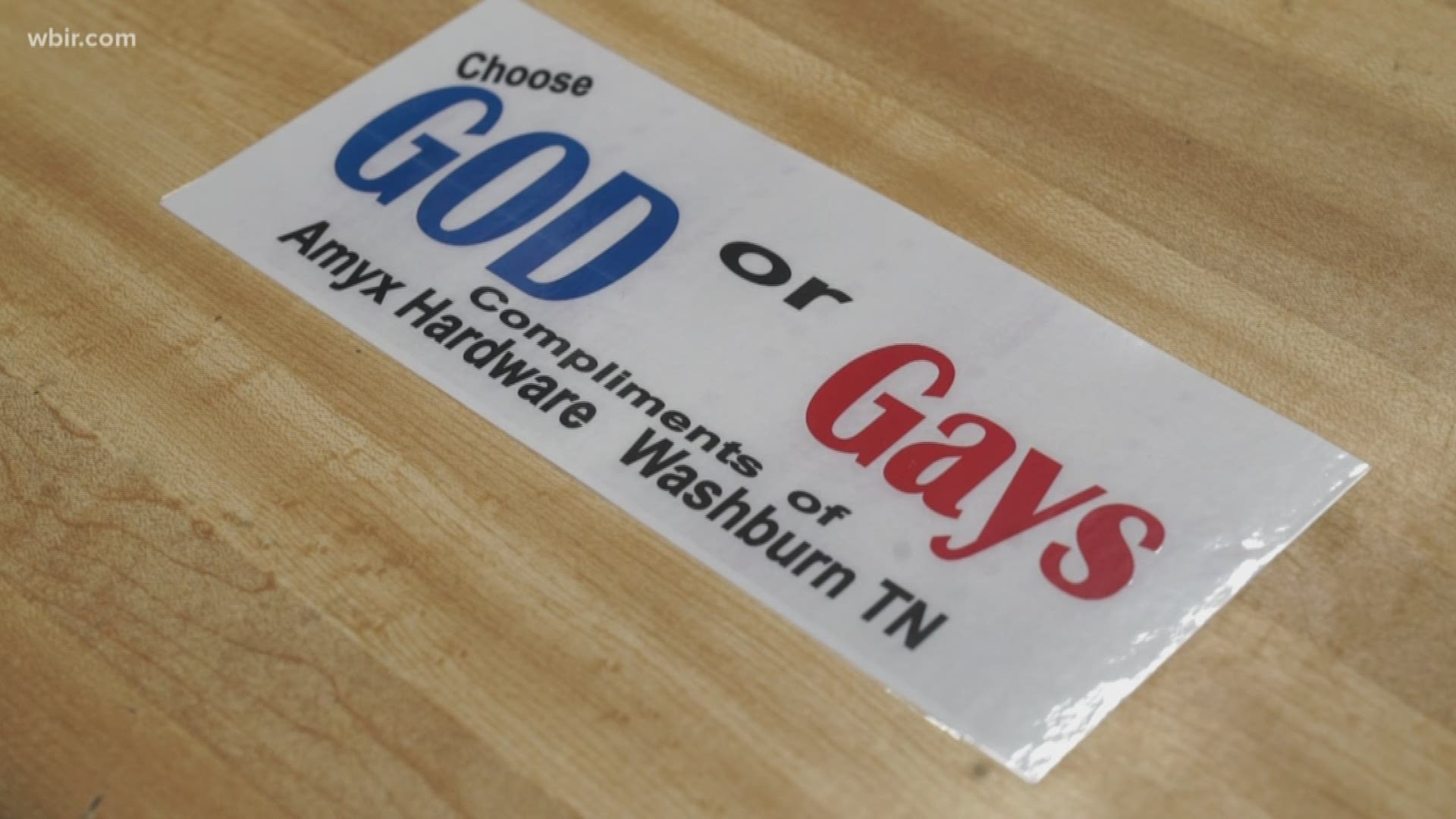 EDITORS NOTE: The story has been updated to clarify the timeline of the signs posted on the Amyx Hardware door.

Nearly three years later after he made national headlines for a handwritten sign reading 'NO GAYS ALLOWED,' Amyx said Monday's Supreme Court ruling in favor of a Colorado baker who refused to make a wedding cake for a same-sex couple is a win for Christians.

Amyx said in 2015, he put the sign up originally because gay and lesbian couples were against his religion and he believed he should stand for what he believed in as a Christian. He took it down and replaced it with another that said: "We reserve the right to refuse service to anyone who would violate our rights of freedom of speech & freedom of religion."

Amyx says that sign was only posted for two days before he replaced it with a sign bearing the original message. Amyx says the "NO GAYS ALLOWED" sign has been posted on his shop's door for the past three years.

For Amyx, the Supreme Court ruling came as a surprise.

"I was shocked. I was really shocked because of the track record of our Supreme Court," Amyx said.

Stewart Harris, associate director of the Abraham Lincoln Institute for the Study of Leadership and Public Policy at Lincoln Memorial University, said the court's opinion was narrow -- meaning it pertains specifically to the case of the baker and doesn't dive into the larger issues many people expected the case to resolve.

"There're two very important constitutional issues here at least. On one side, you've got equality. It actually came to us in the form of a state statute, but still the idea is that the law has to treat everyone equally. On the other side, you've got the freedom of religion and freedom of expression," Harris said. "Of all those issues, the only one they even sort of tangentially addressed was free exercise of religion."

The Supreme Court said in the case against the baker, the Colorado Civil Rights Commission showed 'clear and impermissible hostility' toward the baker's religious beliefs.

As for Amyx, he fears that when the next case makes it to the courts, the decision will be different.

"Christianity is under attack. This is a great win, don't get me wrong, but this is not the end, this is just the beginning," Amyx said. "Right now we're seeing a ray of sunshine. This is 'happy days' for Christians all over America, but dark days will come."