An organization that promotes the separation of church and state wants the Knox County government to have an employee remove a religious poem hanging near her desk, visible from a public area. 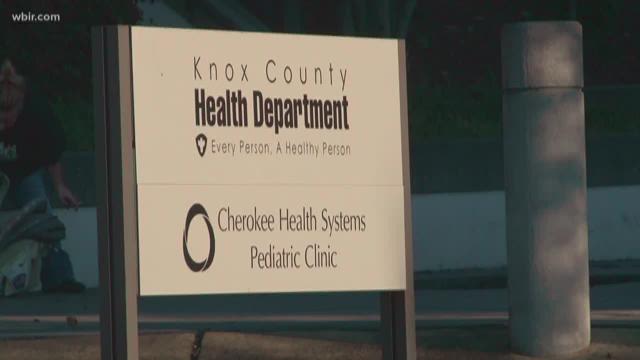 An organization promoting the separation of church and state filed a complaint against the county saying a religious poem that's hanging at an employee's desk at the Knox County Health Department should come down.

The group's director says the display violates the establishment clause in the constitution, but Knox County Mayor Tim Burchett says it can stay.

When Shawnee Casteel, director of the Freedom From Religion Foundation's East Tennessee chapter, walked into the Knox County Health Department to change her last name, she was surprised to see a religious poem in her view.

"There was the display, which I consider, as well as the FFRF East Tennessee chapter considers a violation of the establishment clause," Casteel said.

Casteel contacted the health department about the display, which you can see as you walk up to the counter.

It belongs to an employee as part of her workspace.

The poem can be seen as you approach the counter at the records area in the Knox County Health Department building on Dameron Avenue.

"Mayor Burchett's office responded to us, advising us that they were pretty much not going to do anything about it," Casteel said.

"There are people who aren't Christian, this was obviously a Christian display, who might be offended, or not even offended by it, but feel like the county government doesn't consider them an equal citizen," Casteel said.

Burchett isn't making the employee take it down.

"It's really time for folks who believe like I do, or believe in some sort of liberty, First Amendment, stand up and take a stand," Burchett said.

Casteel said the FFRF has forwarded it to attorneys, who may choose to sue the county.

"I'm not trying to be overdramatic, but in my heart I do answer to a higher calling than a bunch of liberal judges or lawyers or what have you," Burchett said.

He's confident the law department would handle any lawsuit against the county in this situation.

Casteel said most of the time these situations don't go to litigation when the FFRF challenges them.

The group previously asked the Knoxville Police Department to remove or change a religious display in the police department's building.

The organization and the city eventually found a compromise, in which the display was changed to be more inclusive, and the issue never required legal action.