Identifying the Nameless: GSMNP asking for help to uncover African American heritage in the Smokies

Researchers are hoping to uncover a rich and long-untold history in Southern Appalachia through the African American Experience project. 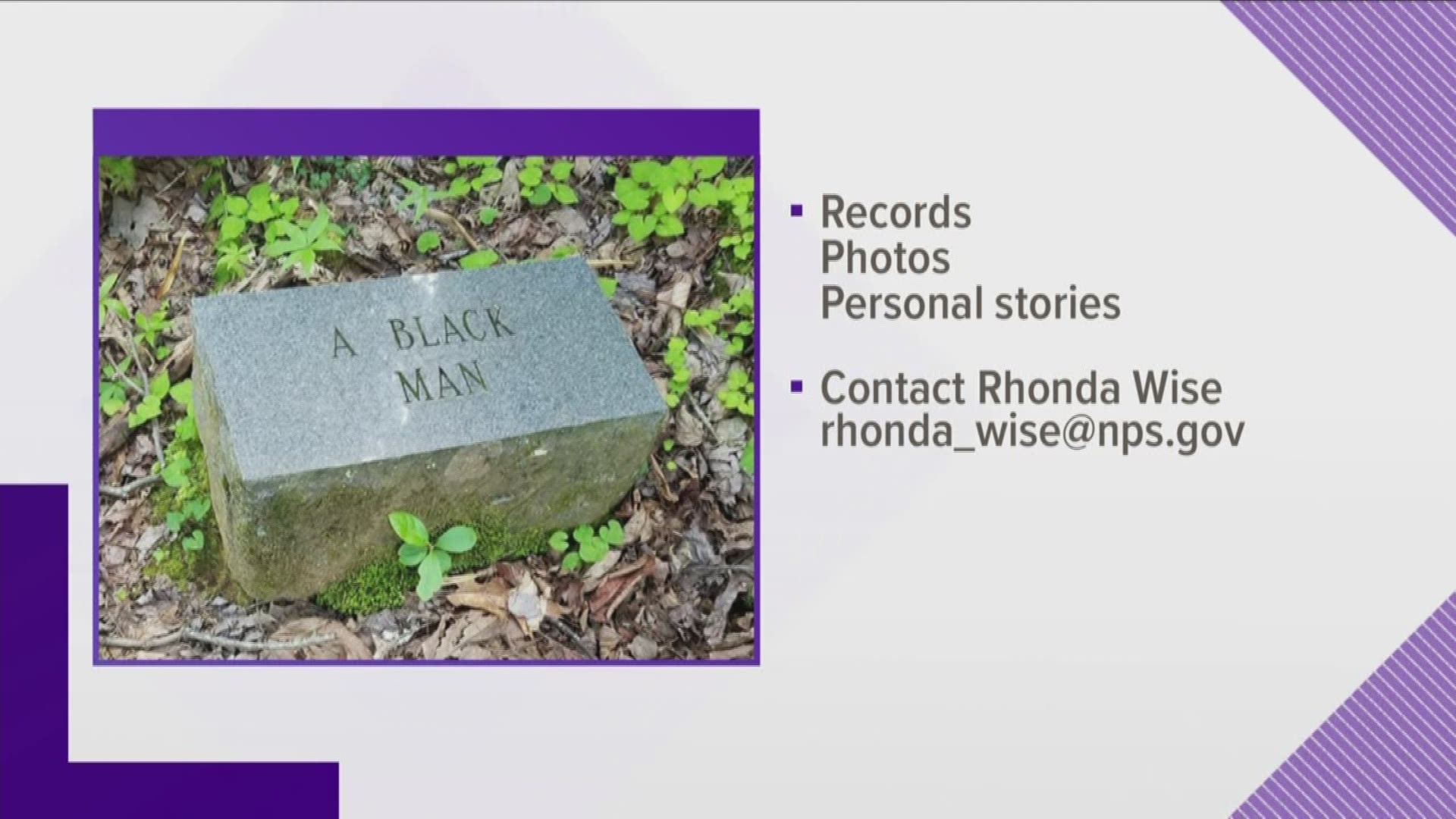 Researchers at the Great Smoky Mountains National Park are looking for help from East Tennesseans in order to learn the names and uncover the history of African Americans buried within the park.

Beyond the trails are hundreds of cemeteries, known and unknown. According to the National Park, one cemetery off the trails of Mingus Mill is the final resting place of slaves from the 1800s. Six graves are simply marked with field stones without names.

In the Higdon Family Cemetery in the Hazel Creek area of the park, the GSMNP said you will find a grave simply marked 'A Black Man.'

“It’s sort of hidden in plain sight. A lot of people come up to the Mill and have no idea that it's even here,” researcher Frank March said. “We don’t know who’s buried here. We do know that they were slaves.”

Researchers are hoping to uncover a rich and long-untold history in southern Appalachia through the African American Experience project. However, the project is facing common obstacles: "the African American members of the communities are nameless and faceless in typical historical records."

Researchers said documents like birth and death records, photos, personal journals, family Bibles and other historic references have been difficult to uncover, as they simply did not exist for many African American people of the time.

The park is asking for help from across the U.S. in order to tell their stories. Anyone with records, photos or personal stories of the African American communities within the Great Smoky Mountains and Appalachia are asked to contact Rhonda Wise with the National Park Service at her email rhonda_wise@nps.gov.