Susan Roberts is remembering the reasons her son brought a smile to her face. He is the eighth teenager in East Tennessee shot and killed in less than six months. 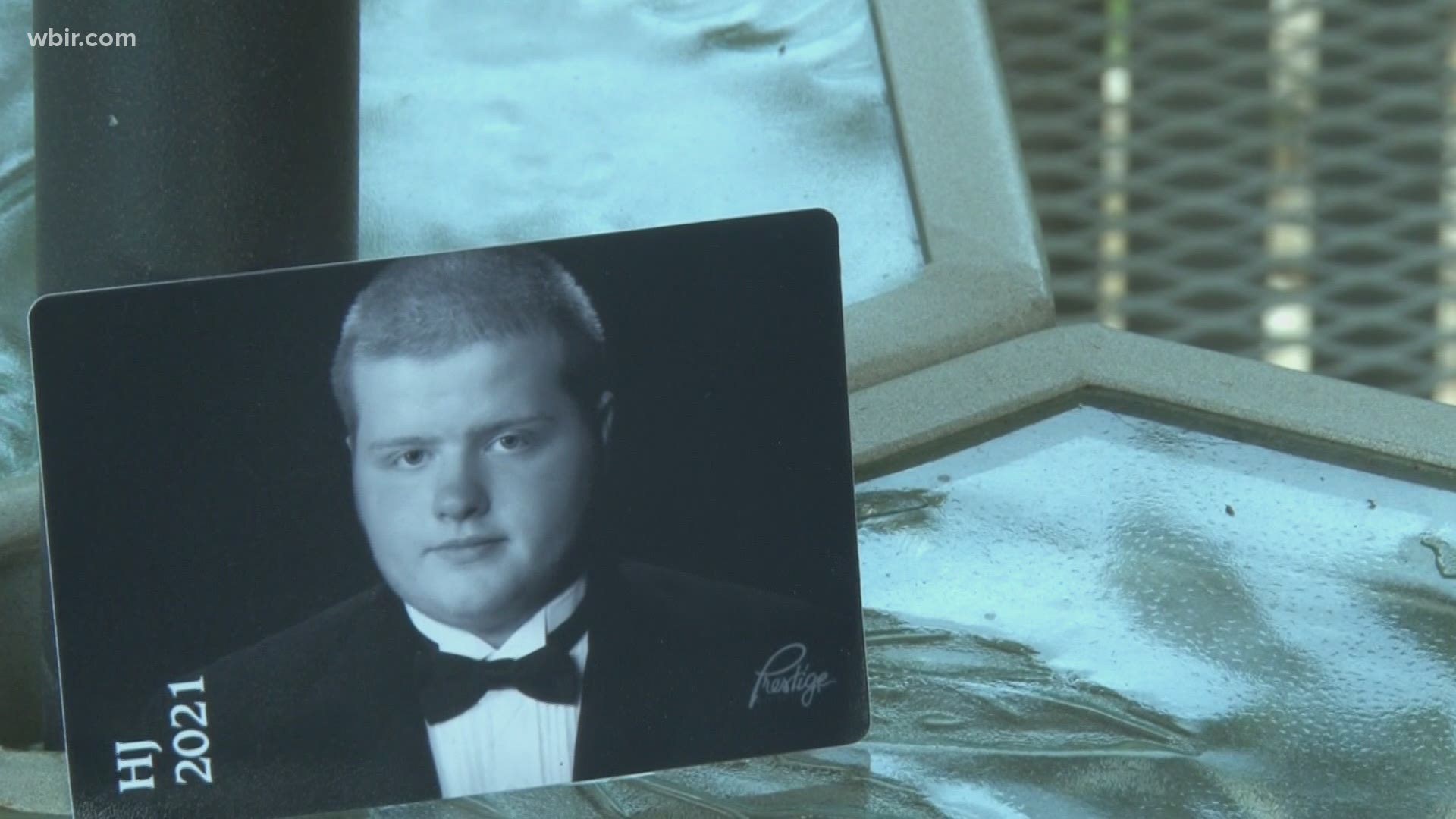 MORRISTOWN, Tenn. — H.J. Roberts, a 19-year-old, was shot and killed in Morristown this week, the eighth teen killed in East Tennessee in less than six months.

Police said several people were inside an apartment when a fight broke out and shots were fired, striking Roberts and leaving his mother in mourning. Now, she wants to send an emotional message to her community.

She is heartbroken and devastated, but she said she does not forget why her son made her smile.

"He would walk in and slam the front door and stomp across the floor with his boots scuffing and say, 'I'm home. Your favorite son is home,'" she said.

He was described by many, including his mom, as a people person who was known almost everywhere he went. But she also said he knew how to get what he wanted.

"He would say, 'Dad, we got to suck up to momma cause we need to go fishing, We need to go hunting. We got to have some money to go do this and do that,'" said Susan.

His absence created a void too big to be filled in her life, she said. His friends and family are still trying to heal from the pain.

"It is like someone has ripped everything in my insides out. As if a white-hot poker was shoved into my heart," Roberts said.

When asked what she would say to the person who did this, she said she would do what her son would do — forgive him. She said she is still searching for peace after such an unimaginable shock and hopes no one ever has to go through the same thing.

"I'm angry that I've lost him, but I don't want to lose anybody else; anyone," she said.

With eight East Tennessee teens dead in six months, she said she has a clear message to the entire region.