The Hamblen County Commission is considering a resolution opposing same-sex marriage. The commission will vote on the resolution on Dec. 21. 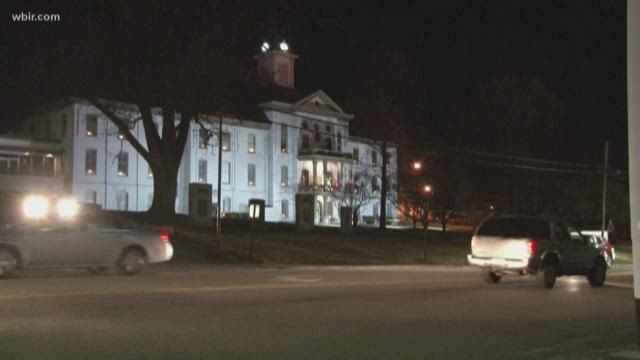 An East Tennessee county commission is considering a resolution that encourages the state legislature to ban same-sex marriage in the state.

A Hamblen County Commission committee voted 7-1 in favor of the resolution.

An organization called the Patriot's Brigade is sponsoring the resolution.

"I just strongly believe it should be between a man and a woman," Hamblen County Commissioner Tim Goins said. "We have a Christian-based county commission, I believe."

Same-sex marriage has been legal in the U.S. for about two-and-a-half years, but Goins said he doesn't agree with the Supreme Court's ruling.

"I hate the way our country is going altogether," Goins said. "I think we're going down the wrong track, for the most part. I think we need to be careful with what we do here in the short future."

He was one of seven committee members who voted for the resolution encouraging the state assembly to make same-sex marriage illegal.

The single dissenting vote on the committee was Commission Chairman Louis "Doe" Jarvis.

He wasn't available for an interview Tuesday, but said he voted against the resolution because he respects the Supreme Court as the final say on the law.

Goins disagrees and said he thinks the constituents are on his side when it comes to the highest court in the land.

"I don't believe what they said was right," Goins said. "Now, someone said they should impeach all of them. I don't agree with that."

He said the problem has become generational, and blames it on parents not encouraging their kids to go to church.

"I just think that maybe, the kids in Hamblen County and the state of Tennessee and the country need to be guided," Goins said. "The children need to be guided. Look what's happening to our children today. If we had more parental guidance, I think we'd do a lot better."

This vote is just a committee vote. The resolution goes before the full commission on Dec. 21.

Goins said he's confident it will pass with his fellow commissioners and eventually at the state legislature.