The chief deputy says the overcrowding leads to more fights and is dangerous for jailers. 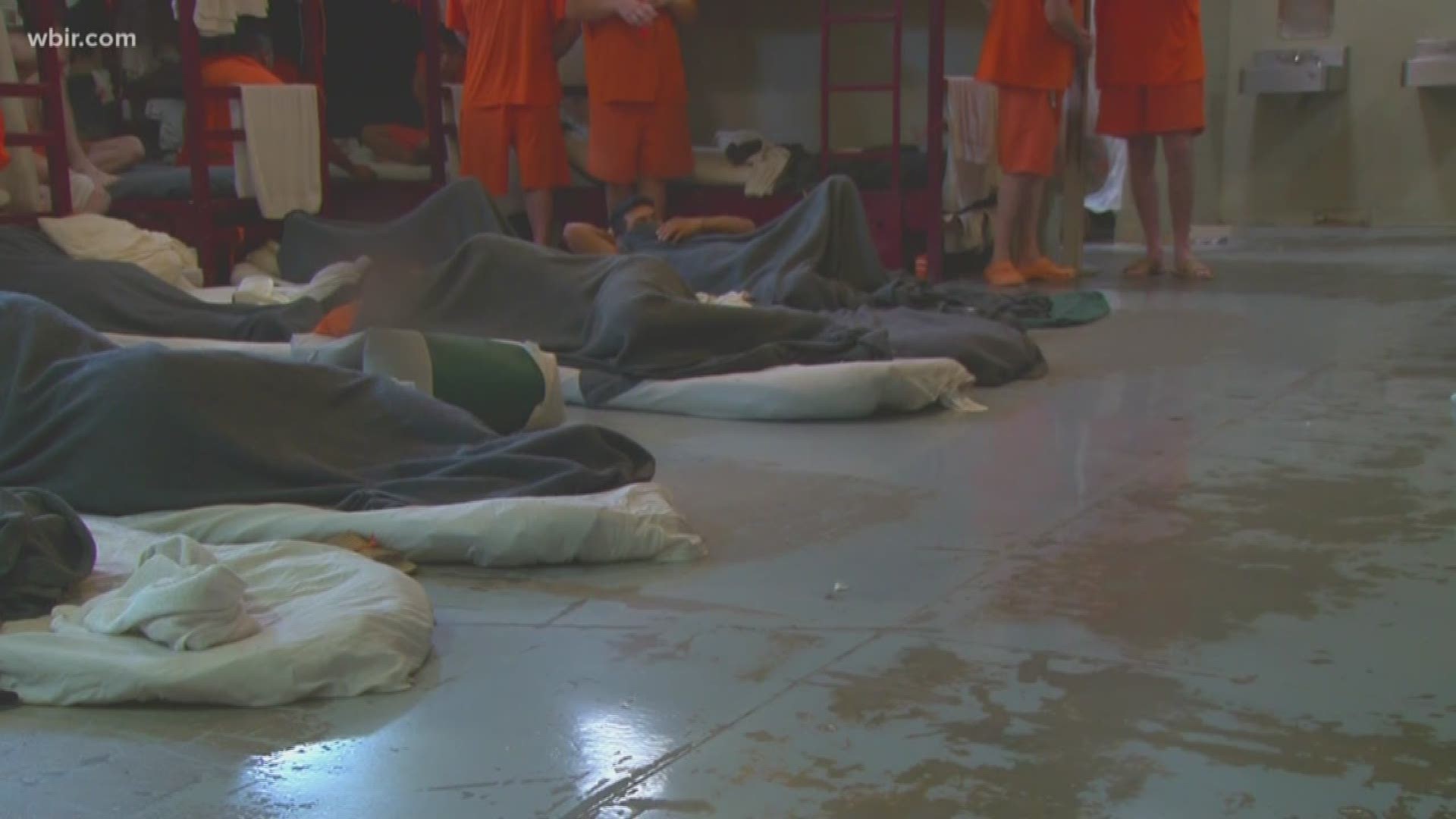 The Hamblen county jail is beyond full, it's overflowing.

There are inmates on the floor and in the hallway, which makes it dangerous for jailers.

"We have six isolation cells, we've got as many as 35 people in those 6 cells," Wayne Mize, the jail's chief deputy, said.

Mize says most of the inmates are accused of drug related crimes. But no matter how they ended up there, it's the jailers job to keep them.

"We probably provide more meals in Hamblen county kitchen than any restaurant in town," Mize said.

The overcrowding also leads to conflict.

"We have numerous fights which increases our medical costs," he said.

Because the jail is so full, some judges have been diverting convicts to community service programs.

"The problem is some of those need to actually be in jail, we just don't have the room for everyone," he said.

Too many prisoners can be dangerous for deputies.

"When you walk into a cell or into a bay area and you've got 75 people, then you can have problems, serious problems," he said.

One deputy has already been seriously injured. Mize said there's only one solution.

"Well, the only thing we can do at this point is to have a brand new jail," he said.

The chair of the Hamblen County Commission told 10News there are plans in the works to build a new jail. The commission is still deciding on a design and keeping price in mind, although any new jail is likely to cost at least $30 million.