UPDATE: Remains found in state park are those of missing Morristown man

The Hamblen County Sheriff's Office and Morristown Police Department are continuing to look into the circumstances that led to the man's death. 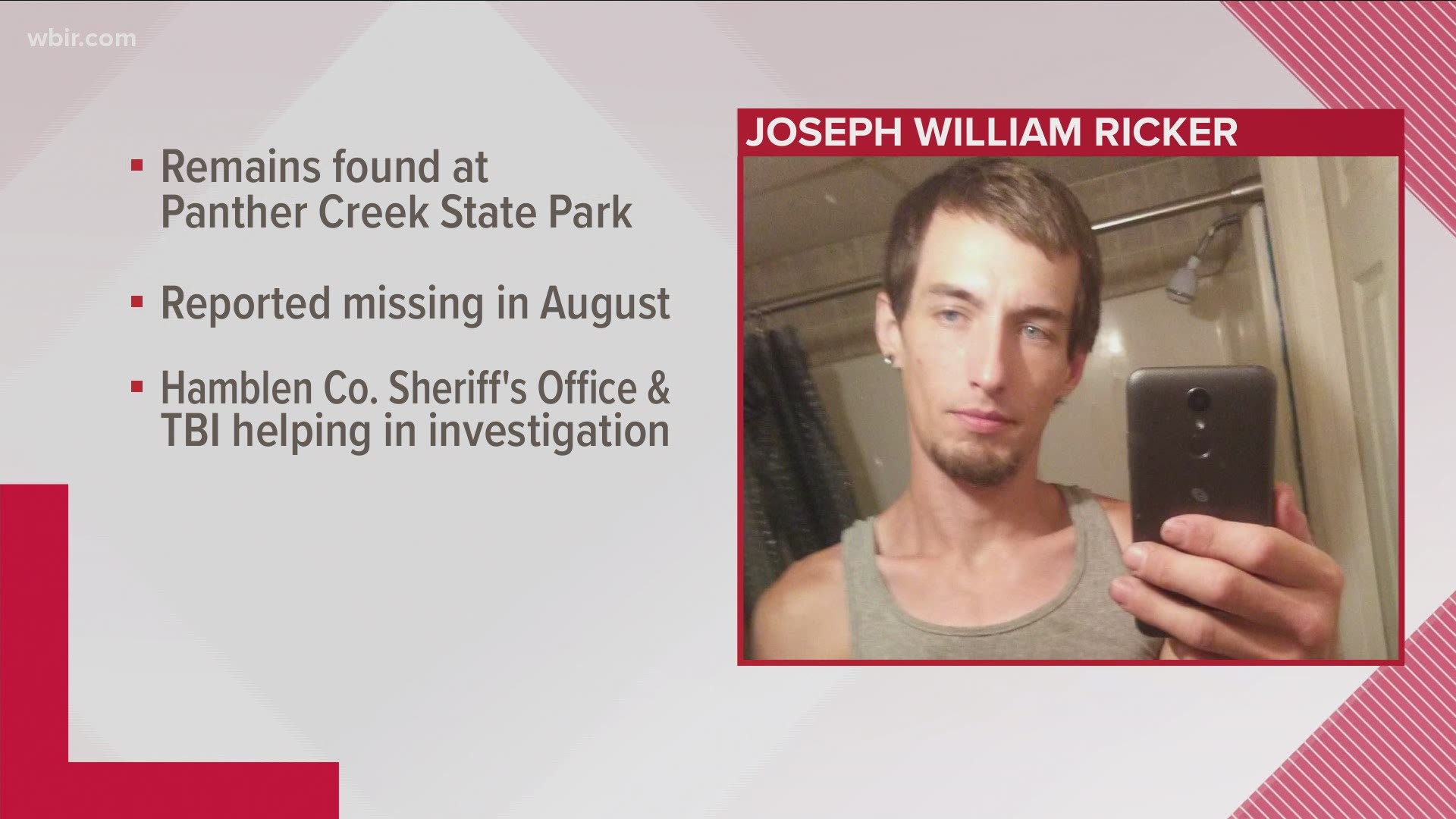 Ricker had been missing since late August, according to the Morristown Police Department.

According to MPD, "We will continue to work with the Hamblen County Sheriff’s Office and the Tennessee Bureau of Investigations to offer any assistance possible as they work to investigate his death."

PREVIOUS STORY: Officials with the Hamblen County Sheriff's Office said that human skeletal remains were found near a hiking trail around 1 and a half miles from the main trailhead in Panther Creek State Park on Thursday.

The sheriff's office said that they are investigating the remains along with the Tennessee Bureau of Investigation. There was no identification found at the scene, officials said.

Officials said anyone with information about the remains should call the sheriff's office at (423) 585-2770 or message Sheriff Jarnagin on Facebook.