On October 3, Joshua Zink will bike from Johnson City to Downtown Knoxville to help raise money for a Jefferson County ministry-based nonprofit. 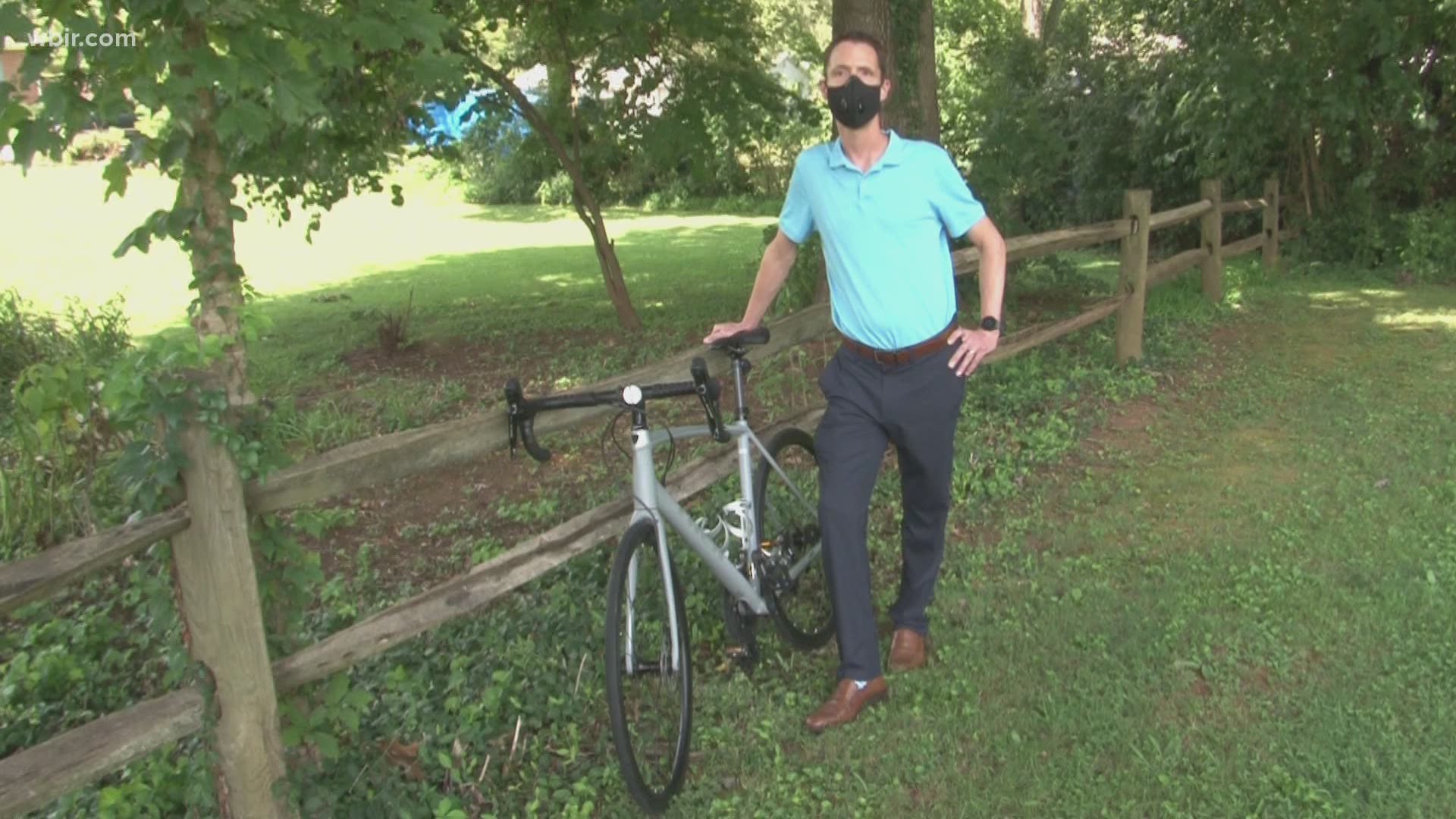 JEFFERSON COUNTY, Tenn. — A Carson-Newman professor is planning to bike 100 miles from Johnson City to Downtown Knoxville, all to raise money for a local nonprofit — Appalachian Outreach.

For many, the world during the pandemic seemed to sit idly as a stopped bike leaned up against a fence. But, according to Carson-Newman University's vocal director and professor Joshua Zink, "You just have to keep pedaling."

So that's what he plans on doing in October, pedaling 100 miles all the way from Johnson City to Downtown Knoxville. He's training for the trek much like has in the past for marathons.

He's an avid runner but just started taking biking seriously in the last few months. He said he and his dad used to watch the Tour De France together.

"It's several hours on the bike every week, but I've gotten to see more of East Tennessee on the bike over hundreds and hundreds of miles than I normally would have," Zink said.

Zink noted on those rides, he noticed just how in need the people of East Tennessee are.

The 100-mile journey is called a "century ride" and it's all to help stock shelves at Appalachian Outreach's food pantry.

"So I thought you know, I think a charity ride sounds like a great idea, and what a perfect organization to have this money go towards than Appalachian Outreach," Zink said.

Jean-AnnWasham, the director of Appalachian Outreach, said 2020 has thrown a lot of obstacles in the nonprofit's path, but Zink's idea will help smooth out some of those bumps in the road.

"Whenever Josh reached out to me and said you know 'would you be interested in partnering with me?' it just was an answer to prayer," Washam said.

The ministry-based nonprofit in Jefferson County has struggled during the pandemic. Washam said they have had fewer volunteers, less money coming in and more families who need help.

"So this is gonna replace a fundraiser that we usually draw in between 20 to 50,000 depending on the year, so I'm hoping that it will be a success," Washam explained.

The nonprofit's golf tournament was postponed this year and fewer large corporations are able to give to support. She suspects their usual fundraiser banquet in the fall will be canceled too, out of an abundance of caution.

Josh will be riding by himself and anyone can donate online at any time to support at cn.edu/aocenturyride.

"It only takes one person to start something that can affect hundreds of people," Washam said.

While Josh trains, he hopes people will pitch in to help their fellow neighbors and give graciously.

"No matter what you think your abilities are, you are capable of great things," Zink said. "God gives everybody different gifts. Utilize that ability and really the sky is the limit."

Or in this case, the road. Zink's trek will start on October 3. He encourages everyone to donate any dollar amount they are able.