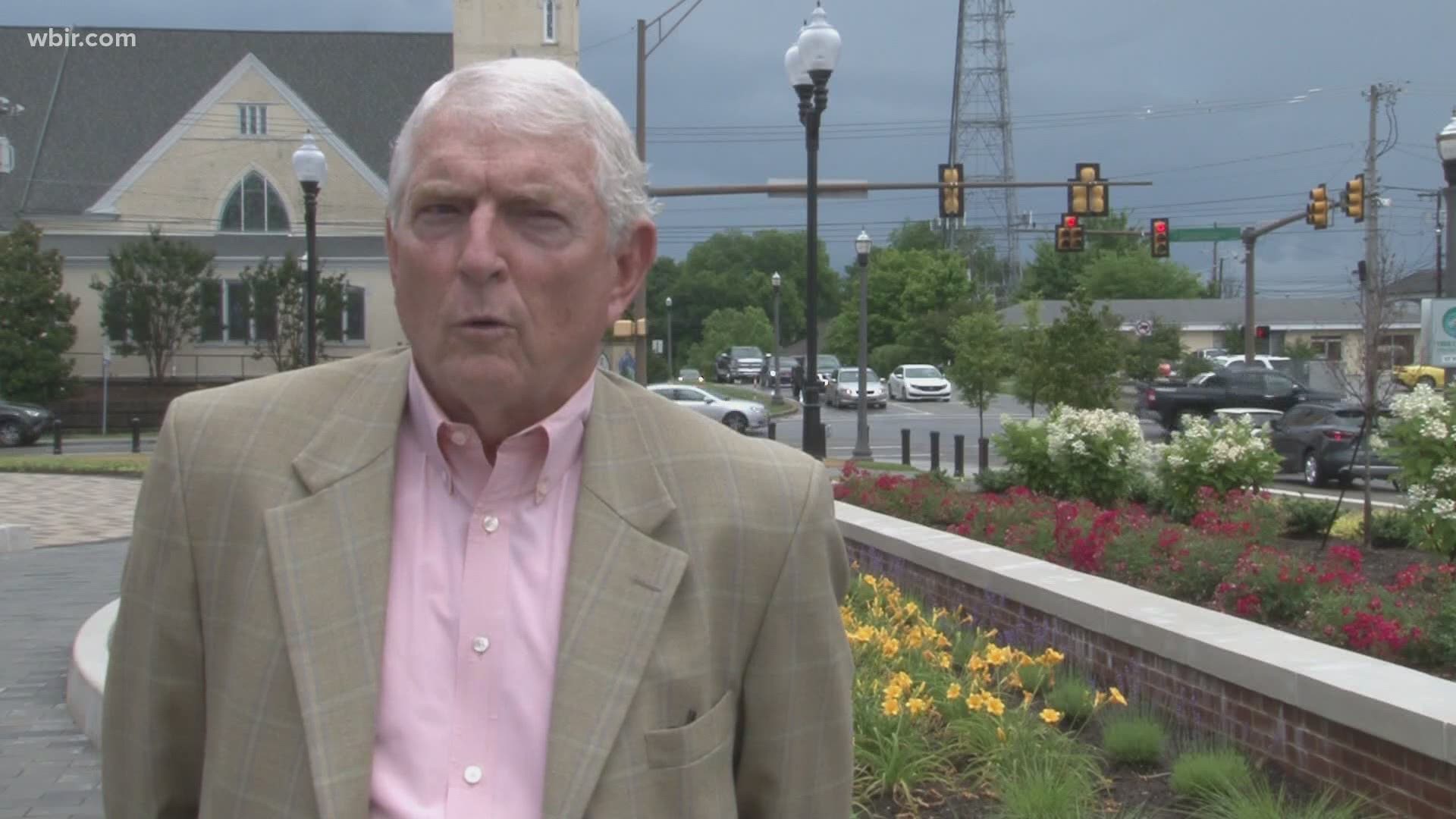 HAMBLEN COUNTY, Tenn — On Wednesday, Hamblen County reported just one new active case of COVID-19, but this comes after a spike earlier in the week.

Numbers shot up from Sunday to Monday and again Tuesday. The county now has a total of 63 active cases.

Wednesday was a relatively normal day in downtown Morristown and Mayor Gary Chesney is thankful for the hum of cars and open signs in windows.

"We're glad to be out and glad to be moving again, but we also need to be smart and safe," Chesney advised.

Hamblen County saw a spike in active coronavirus cases over two weeks after Memorial Day Weekend. Chesney said the county leadership is pretty positive increased social gatherings had something to do with it.

"So the tests from social gatherings, family gatherings, picnics -- we've seen the results from that," Chesney explained.

From Sunday to Monday, the area saw its biggest case spike over a single day, 13, after more than a month of steady reports.

From Tuesday to Wednesday, new cases came in at single digits, slowing down the spike.

"But, the health department tells us that wasn't particularly unusual than what's going on across all the East Tennessee region," Chesney said.

The county reported three coronavirus-related deaths, including one that happened earlier in the week: a 68-year-old woman who lived in a group home.

Chesney said the woman had multiple symptoms and died in the hospital. Three other people who also live in the group home tested positive for COVID-19, but showed no symptoms.

Chesney said Hamblen County's cases are spread out pretty evenly among the Hispanic and non-Hispanic population. They are not seeing clumps in one particular race or age.

There were some clusters of cases in residential areas, but overall, the county is on the lower side per capita.

"We’re a little bit larger than people know," Chesney said. "We’ve got almost 65,000 people in Morristown and Hamblen County, so there's a lot of precautions and safety features we have to make sure we're on top of (virus spread)."

Those safety precautions include weekly broadcasts from the coronavirus task force in the county so people can stay informed and submit their concerns.

RELATED: "We're ready to get back to business" | Hamblen Co. mayor seeks plan to reopen that fits economic needs

Because Hamblen County is a hub for surrounding areas, a place where people come to work and shop, leaders are urging everyone out and about to do their part to follow CDC guidelines.