The 15-year-old macaw got stuck in a neighborhood tree. A nearby homeowner heard the parrot yelling "Mom" from a top branch. Then, the fire department got involved. 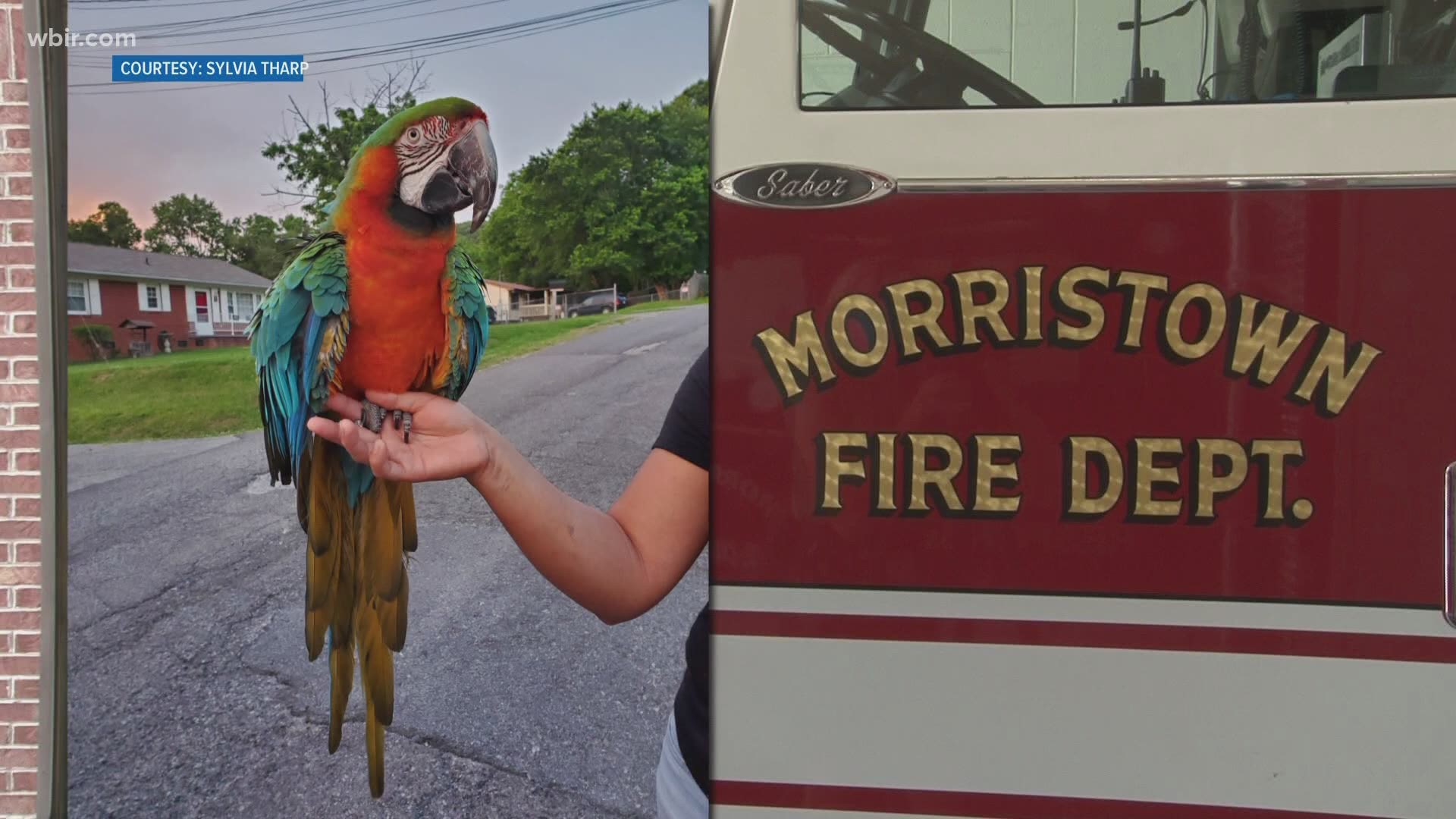 MORRISTOWN, Tenn. — You've heard of firefighters rescuing cats from trees, but what about a macaw parrot? Wednesday, the Morristown Fire Department jumped into action to rescue a bird stuck in a tree.

Lieutenant Greg Williams said it was an average day at MFD Station 2 until firefighters got a call they never expected. Firefighter Ben Lowe picked up the phone.

"When he hung up he said, 'Shane just called and asked if we could go rescue a bird.' I said, 'I guess!'"

They had never gotten a call to rescue a bird from a tree. It was a first for everyone.

"Ben Lowe the firefighter, David Smith the engineer, we looked at each other like who knows what about a bird, anybody know anything about a bird," Williams questioned. "We're firemen so we were gonna give it a shot."

The bird rescue started with Sylvia Tharp. She had just gotten home and let her dogs out in the yard when she heard a familiar sound.

"I heard, 'Mom! Mom! Mom!' and I thought it was a kid at first," Tharp admitted. "Then Harley started squawking like a scream and I knew it was much closer than normal."

But on Wednesday, Harley was stuck in a tree across the street from Tharp's home.

"We even went in and got a banana," Tharp said. "We were trying to get him to come down to eat. His wings are clipped and he couldn't fly from that altitude."

The firefighters' engine pulled in and the ladder extended. Tharp live streamed the whole event on Facebook.

"Once he got up there, the bird wasn't having none of that," Williams said. "He was spooked, he started squawking."

Firefighter Lowe put on a glove to try and get the bird to jump on his arm, so it could be lowered to safety. A crowd watched from below.

"When she would tell him to come down he was saying no and then he would start hollering mama," Tharp recalled. "Which, you know, he's just a bird, but you knew he was frightened and scared."

Eventually, after a lot of limb shaking and careful coaxing, the bird stuck in a tree was finally free.

"We were barely shaking the tree and finally he flew out and he flew off towards his home," Williams said.

The macaw is now reunited with its family, and Tharp said she could tell how much the pet means to her neighbors.