Haslam is currently leading a school safety task force that is looking at a variety of initiatives to keep students safe. 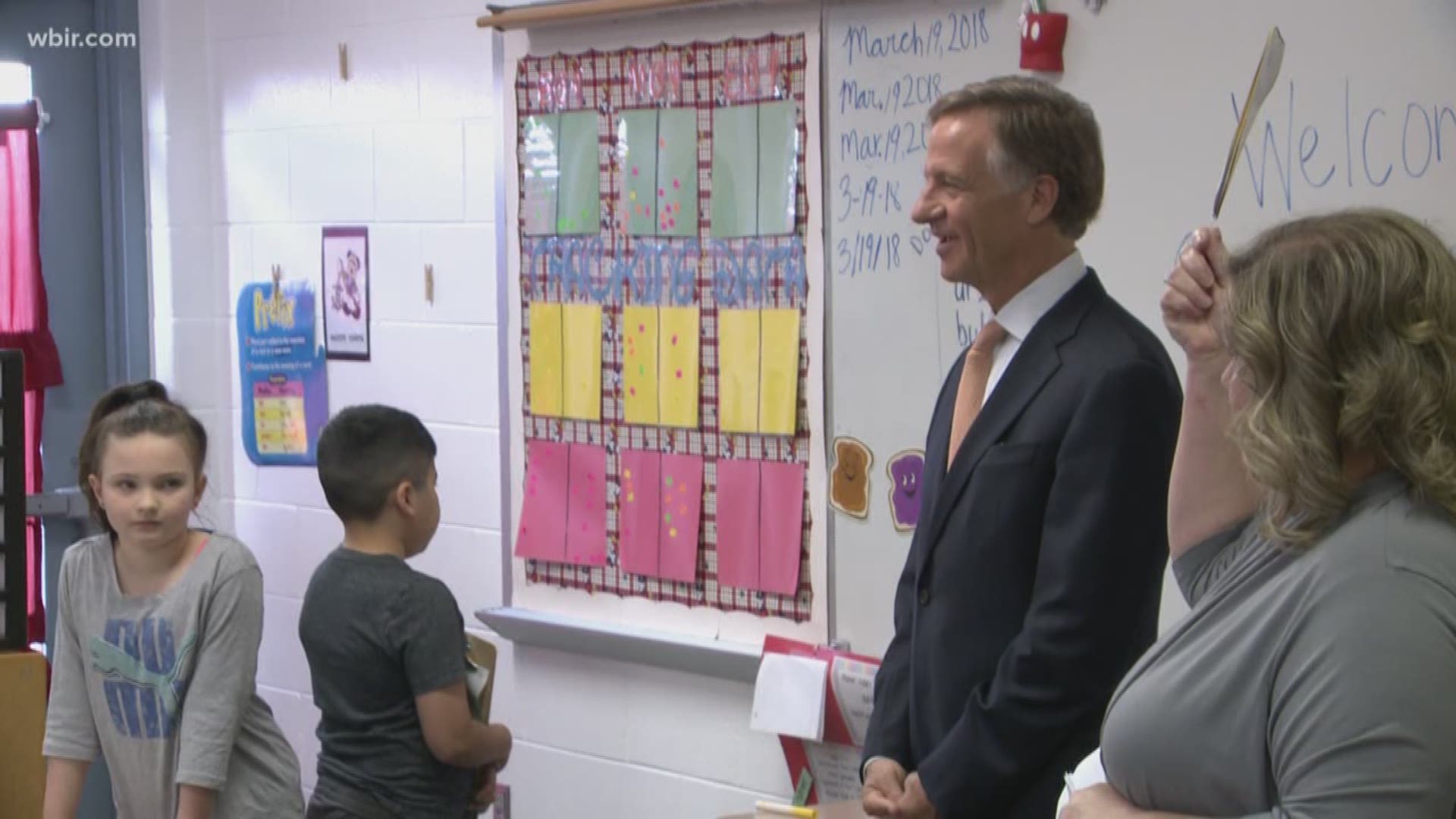 As his school safety task force prepares to deliver its recommendations for the legislature later this week, Gov Bill Haslam says he does not believe teachers in Tennessee should be armed.

Haslam is currently leading a school safety task force that is looking at a variety of initiatives to keep students safe. The working group is made up of 16 people from across the state including psychologists, sheriffs, principals, politicians and one teacher.

Some of the resources the task force is exploring resources like adding more school counselors, resource officers, the layout of schools and communication between schools and law enforcement.

"We're looking at the whole range," Haslam said during a visit to Lenoir City Elementary School Monday morning. "We obviously hope we don't have an event like happened in Florida at Parkland, but we have to be prepared if it does, and we're looking at every potential area that we think might address that."

On Monday, Haslam said he doesn't think teachers would want to be armed.

"I am not one of those that thinks that's the answer. I don't think you'll find many teachers at this school or any other school that want to be armed and feel like they can both handle that responsibility of going out and taking on the bad guy as well as protecting their students," he said.

"You also have the issue - law enforcement comes into the school, how do you know who the teacher is who is out protecting and who the bad guy is with the gun?" Haslam said.

The governor's school safety task force hopes to have improvement steps outlined for the legislature by the end of this week.