Heroic neighbor runs into fire trying to save a man's life

After a Rockford home went up into flames, two neighbors stepped up, simply trying to save a man's life. 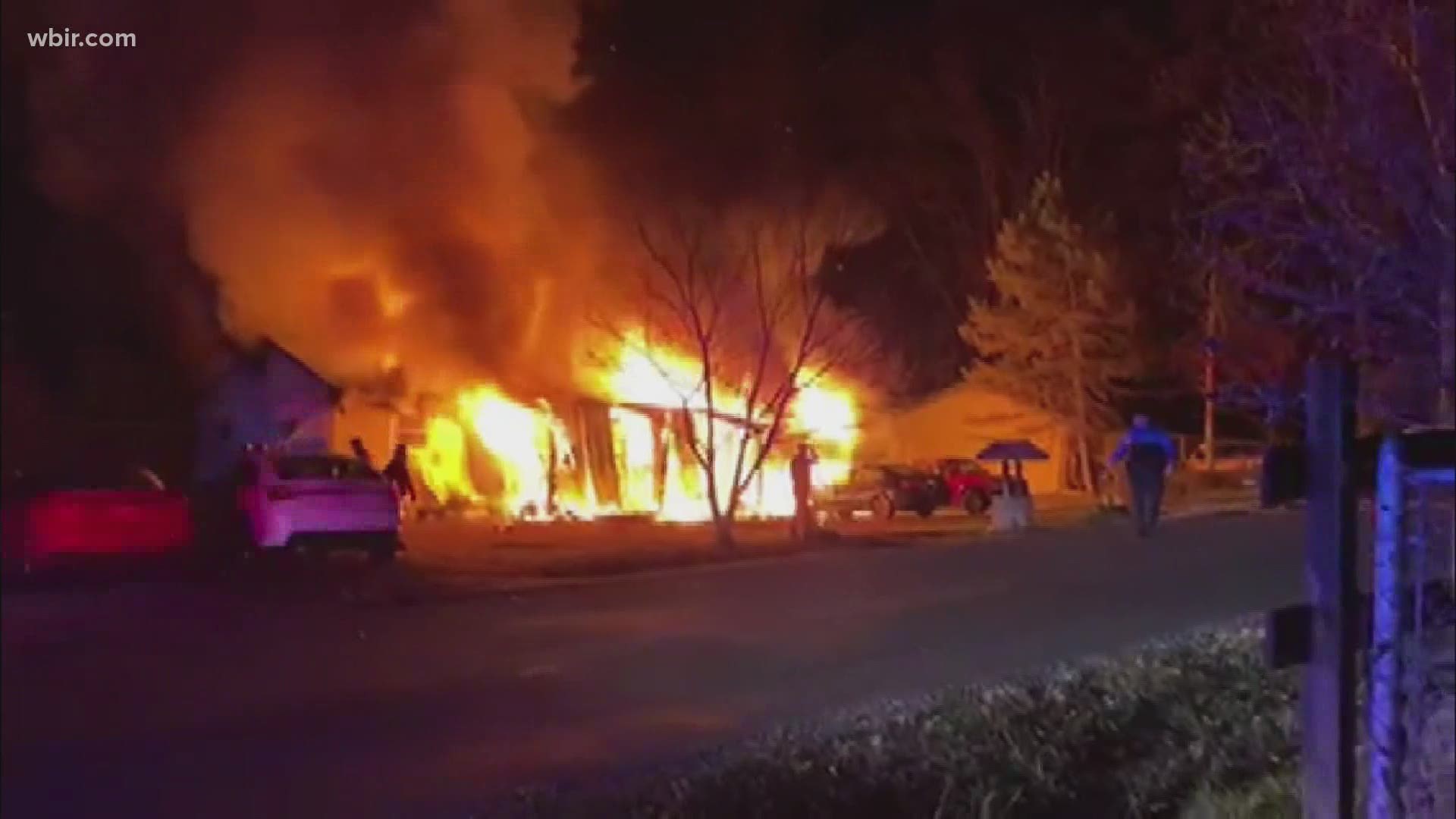 ROCKFORD, Tenn. — One neighbor risked it all in the wee hours of Saturday morning.

"At 5 o'clock this morning, my husband heard someone yelling for help," said Leona O'Brien. "He got up from the bedroom and he could see shining through our bedroom window bright lights."

What the O'Brien's saw next was their neighbors and friends, fighting flames to stay alive.

"We went outside and we see Mary at the corner of the house doing everything she can to save her husband and trying to keep the flames away from him," O'Brien said.

As flames quickly engulfed the house, the O'Brien's sprang into action to save their neighbor Mary's husband.

"My husband tried to go in to get him out but he couldn't get any further than the kitchen," said O'Brien.

They did what they could, screening the room. They saw that it didn't have any flames in front of it, so O'Brien said her husband tried to go into the flames to help. They said they dragged the water hose from their house to help douse the flames.

But they said the fire was too big and too overwhelming to handle.

"Then there was some kind of explosion on the front porch and the flames got bigger," she said. "It just engulfed the whole front of the house"

The man Mr. Obrien tried to save died in the fire, officials said. However, six others made it out.

The pain of what Leona O'Brien and her husband saw is still fresh in their minds.

"It hurts to see anybody suffer tragedy in their family, especially people you're right next door to," said O'Brien.

As this family starts the rebuilding process and picks up the pieces of their life, people said that the community wants readers to know they are just good people.

The cause of the fire is still unknown. The  Blount County Sheriff's Office is investigating, they said.