'Our lives were so blessed by him' | Family, community remembers 8-year-old killed in murder-suicide

Clark Reagan was killed Monday by his father in what police call a murder-suicide. 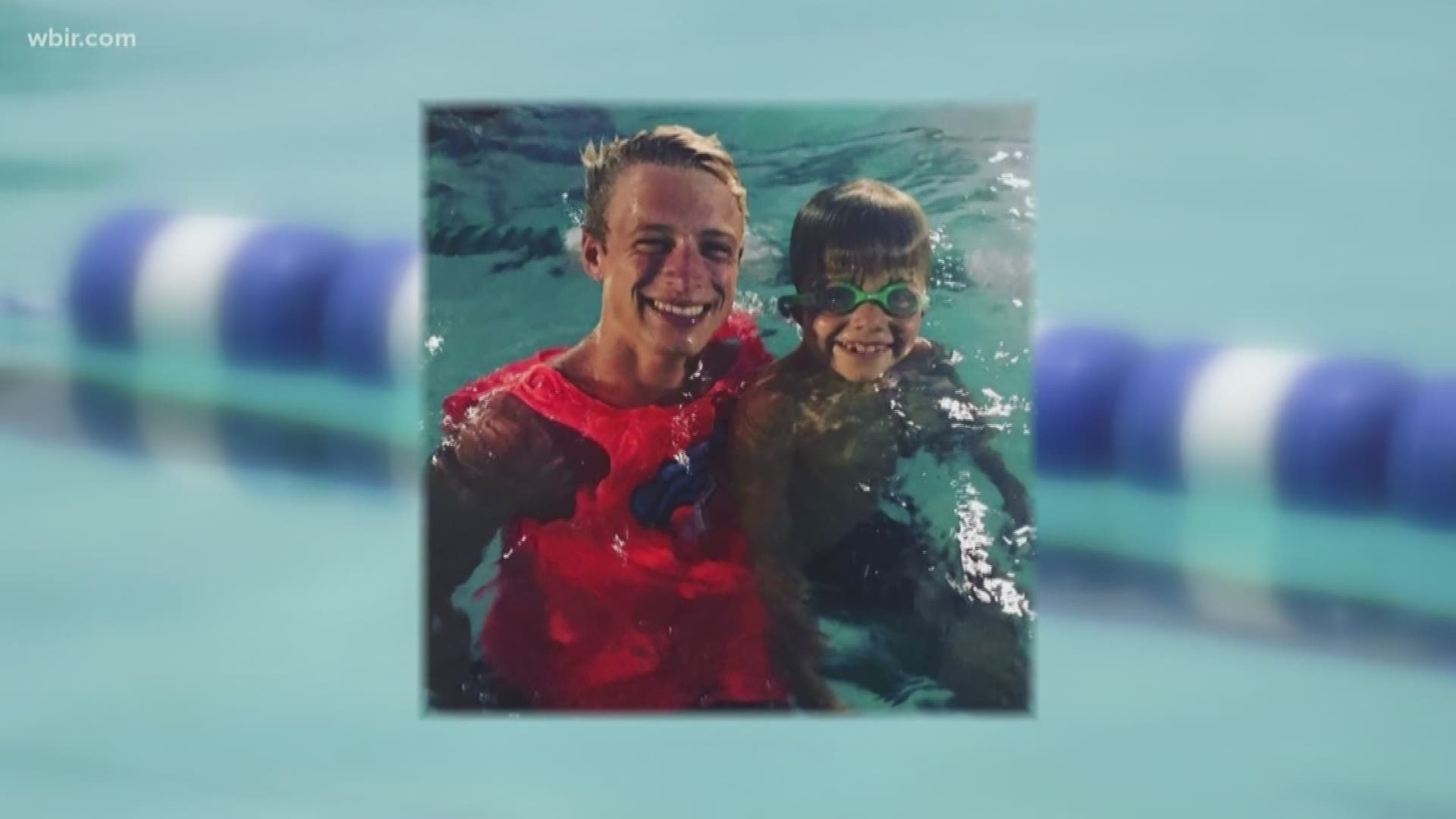 A swimmer, a loving boy, and a child robbed of a life he will never get to live.

Friends and family are mourning the sudden loss of an 8-year-old Maryville boy. Clark Reagan was killed by his father Monday in what police say was a murder-suicide.

"This is a time of unimaginable grief as we process the passing of our beloved Clark Riley Reagan," his family said. "He was a beautiful and joyful boy, and our lives were so blessed by him. We are devastated and heartbroken, but we take comfort in knowing that he is with Jesus now. Our journey forward will begin with a celebration of life."

The family thanked the community for all the love and support they've received, asking people to make donations in lieu of flowers to Escuela Padre Juan José Zugarramurdi II de El Viñedo, a school in need in Venezuela.

People can donate to that school at the Samaritan Hands website.The family said people can specify the donation to be made in Clark Reagan's memory.

READ MORE: 'Compassion is the remedy for anger': Maryville mother shares thoughts after her son was killed in apparent murder-suicide

"I wasn’t expecting anything like that to ever happen here, especially to one of the kids who was such a central part of this team," said Garrett Graumann, one of Clark's coaches at Green Meadow Swim Team. "Clark always had a smile on his face. He was a great kid. Always made the pool a cheerful place."

The tragedy has left an open wound in the community that may not soon heal. At the pool where he swam, his coaches are left remembering the young boy. He would swim with tattoos drawn on his back. You could always tell which lane he was in.

Along the side of the pool,  Adrian Jones is thinking of his smile.

"Clark was such a great kid," she said. "So soft-spoken so sweet so creative. He loved to write books he loved he had a great imagination, just always a kind word for everybody." 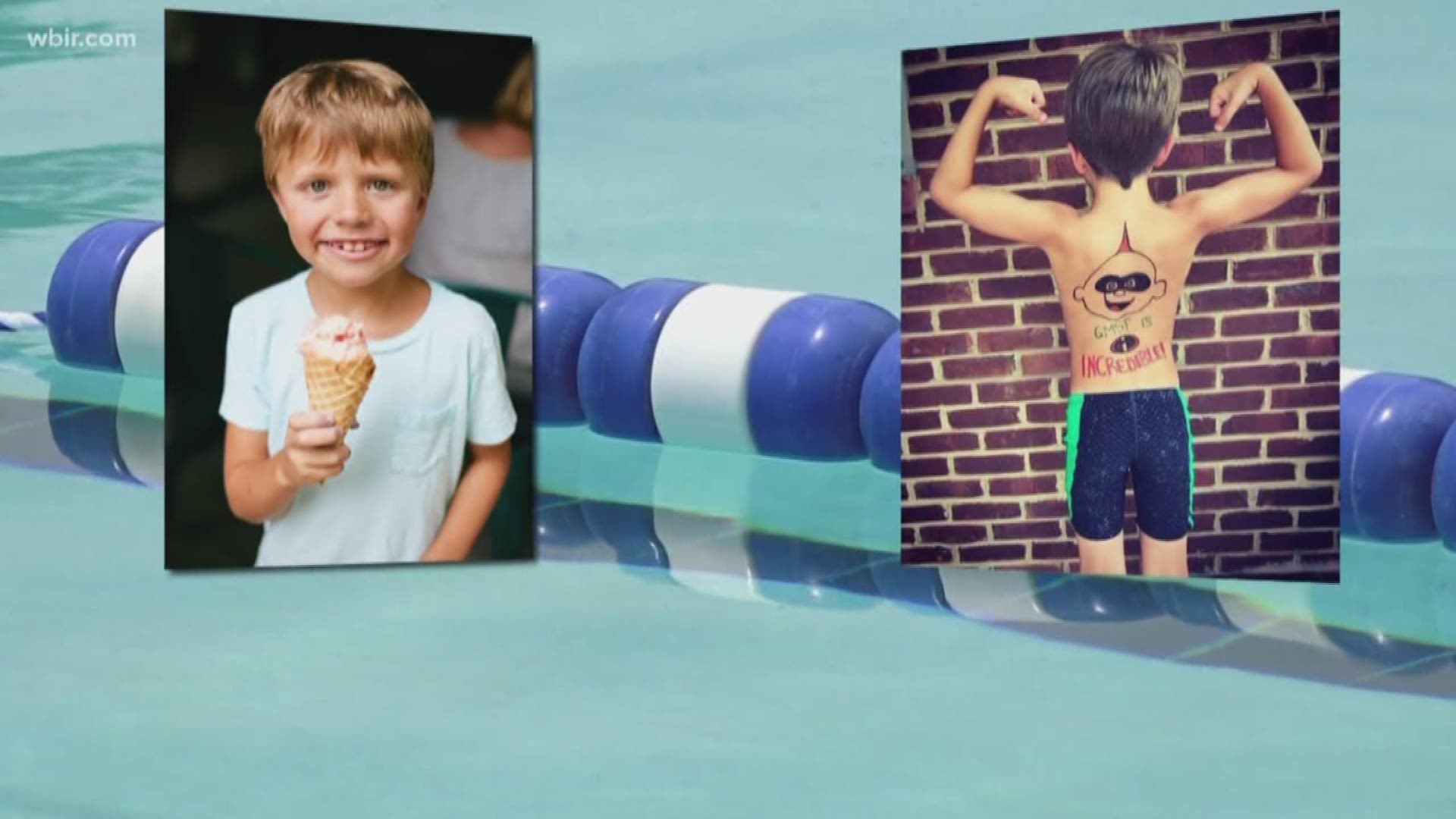 Her eight year-old son Garrett spent summers swimming with Reagan. They weren't always the fastest, but they had fun.

"It was precious. They were the slowest relay at the back to city meet so they came in dead last," Jones said.

"Clark would always have sharpie tattoos on his back at swim meets. They were kind of a way to get the kids excited, get him excited to swim. They had little messages like eat my bubbles," said Graumann. "His smiling face was just a ray of sunshine seeing it at the pool every day."

The team held a moment of silence at the pool Tuesday evening before their meet. They also plan to wore tattoos with his name for the rest of the season.

"He always brought such an intense energy and smile to the pool deck. No matter what we asked of him, he would always have the best attitude and passion for the water. Not just for himself but also for his teammates," said Emily Allen, another coach at Green Meadow Swim Team. "I would love to have every child in every lane be like him."

Down the road, his teachers and classmates are also coming to terms with his death. Counselors answered questions Tuesday at Maryville Intermediate School, dogs were there to listen. Dozens came to figure out what comes next.

"The questions that we’ve heard and that are pretty typical are why and how," said Mona Blanton-Kitts, a counselor with the Helen Ross McNabb Center. "Their minds are curious. They’re experiencing feelings. It’s important to have the dialogue with them. For adults, you will hear a lot of questions of is there anything that I could have done? For children, it’s more fear based. Will this happen to me, could this happen to me?"

Both Clark's parents were employed by Maryville City Schools as teachers. The district is mourning as well, saying their hearts are also broken.