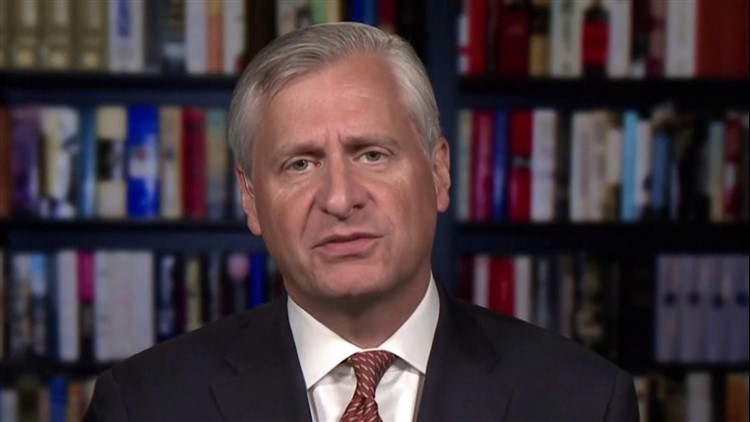 Photo by: NBC
Biographer and historian Jon Meacham will speak in April at the Bijou Theatre.

KNOXVILLE, Tenn. — Popular and respected historian Jon Meacham is coming back to Knoxville in April, set to talk about his biography of the late President George H.W. Bush.

He'll appear at the Bijou Theatre on Thursday, April 9. Meacham will speak about "Destiny and Power: The American Odyssey of George Herbert Walker Bush".

When Bush died in 2018 Meacham delivered a eulogy. Bush, a former vice president, was the 41st U.S. president, serving from January 1989-January 1993. Bush also was the father of George W. Bush, 43rd president of the United States.

Tickets are $55 and go on sale March 1 at the Bijou Theatre box office or through the theater's website, https://knoxbijou.org/.

In 2013, Meacham appeared for a talk at the Bijou with then Gov. Bill Haslam. The men are friends and helped teach a course last fall on leadership at Vanderbilt University.

He's recently co-written a book about past presidential impeachments. Meacham won the Pulitzer Prize for his profile of Andrew Jackson.

According to LMU, he's working on a book about James Madison, the fourth president of the United States, and his wife Dolley.

Patrons helping to put on the talk include the Haslam Family Foundation, KaTom, Lawler Wood, Bill and Chrissy Haslam and DeRoyal.