Dickert said the white oak was one of the oldest trees in Tennessee, dating back to 1787 when it was planted in honor of the signing of the U.S. Constitution. 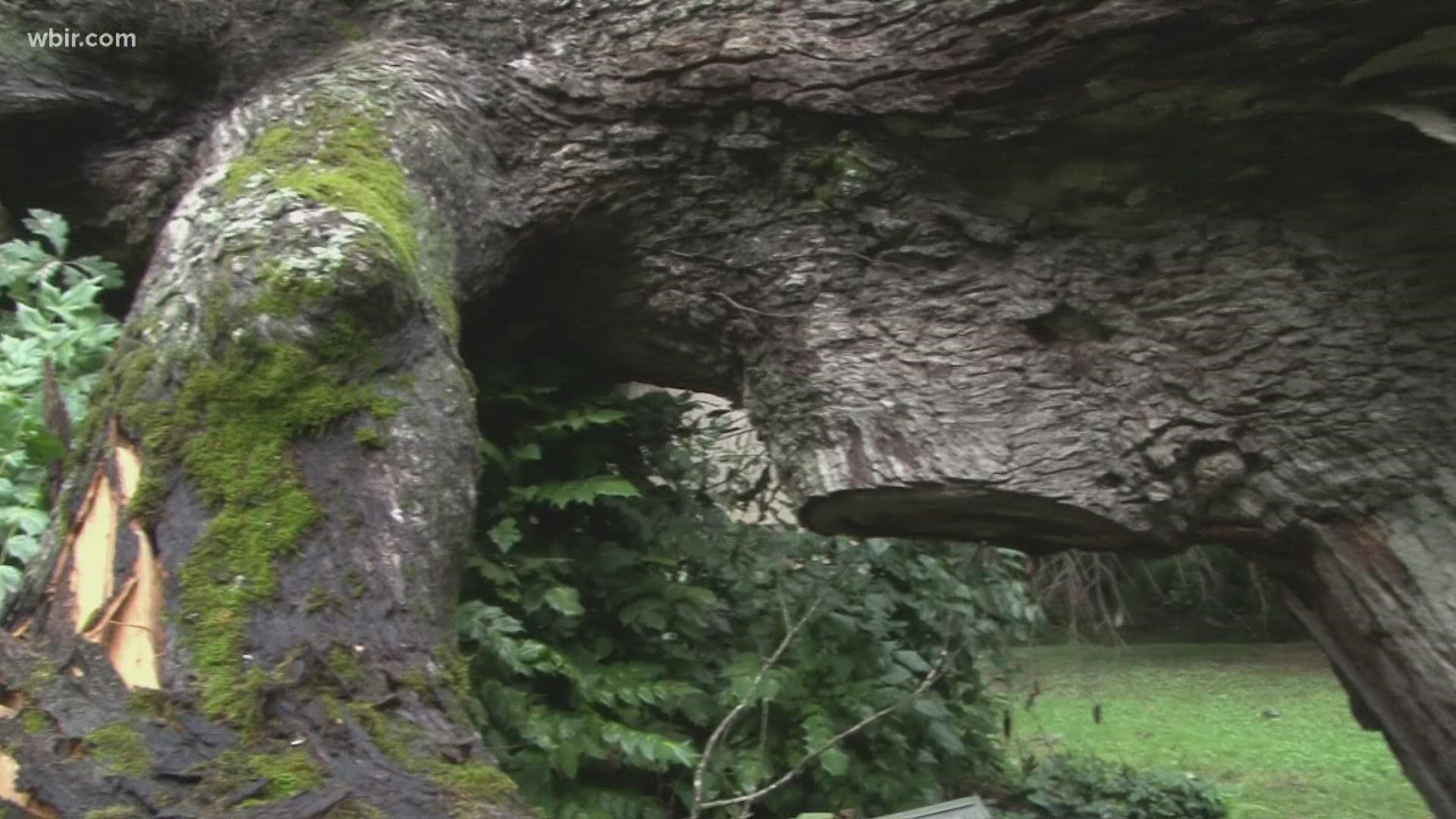 KNOXVILLE, Tenn. — A family in South Knoxville is cleaning up after storms knocked over a massive and historic white oak tree dating back to the early roots of the United States of America.

Leigh Ann Dickert said the tree fell after powerful storms from Ida's remnants moved through Knoxville Monday night, and it nearly fell on top of her and her husband.

"In the storms two days ago, we heard a little crack, and my husband stepped outside and saw the big shadow start to fall and started running and yelled to me to get away. It all happened so quickly that I couldn't move," she said. "It grabbed the power lines and fell... and he was able to move far enough away... it brushed the back of his leg and fell six feet from me."

Dickert said the white oak was one of the oldest trees in Tennessee, dating back to 1787 when it was planted in honor of the signing of the U.S. Constitution.

"It is the second-oldest white oak in the state," Dickert said. "This tree is very near and dear to us."

The National Arborist Association and International Society of Arboriculture dedicated a plaque under the tree to celebrate its bicentennial in 1987.

Even though the tree is toppled, Dickert said it will live on in other forms. She said they are partnering with a local company that works with reclaimed wood to salvage all they can. She's hoping to use it for home projects and furniture, and said the company will be able to use some of the wood for other local projects in the area.

Due to the sheer size of the old white oak, not all of it will be removed. She said a good portion of the downed tree will be left to sit on their property so nature can make use of it.

"Because of its size, the only thing we can really process is what's at the top. Some of this will just have to be left naturally," she said.