Sweetwater Police charged all three juveniles involved. With the help of the community, the stolen snowman and wreath were returned safely. 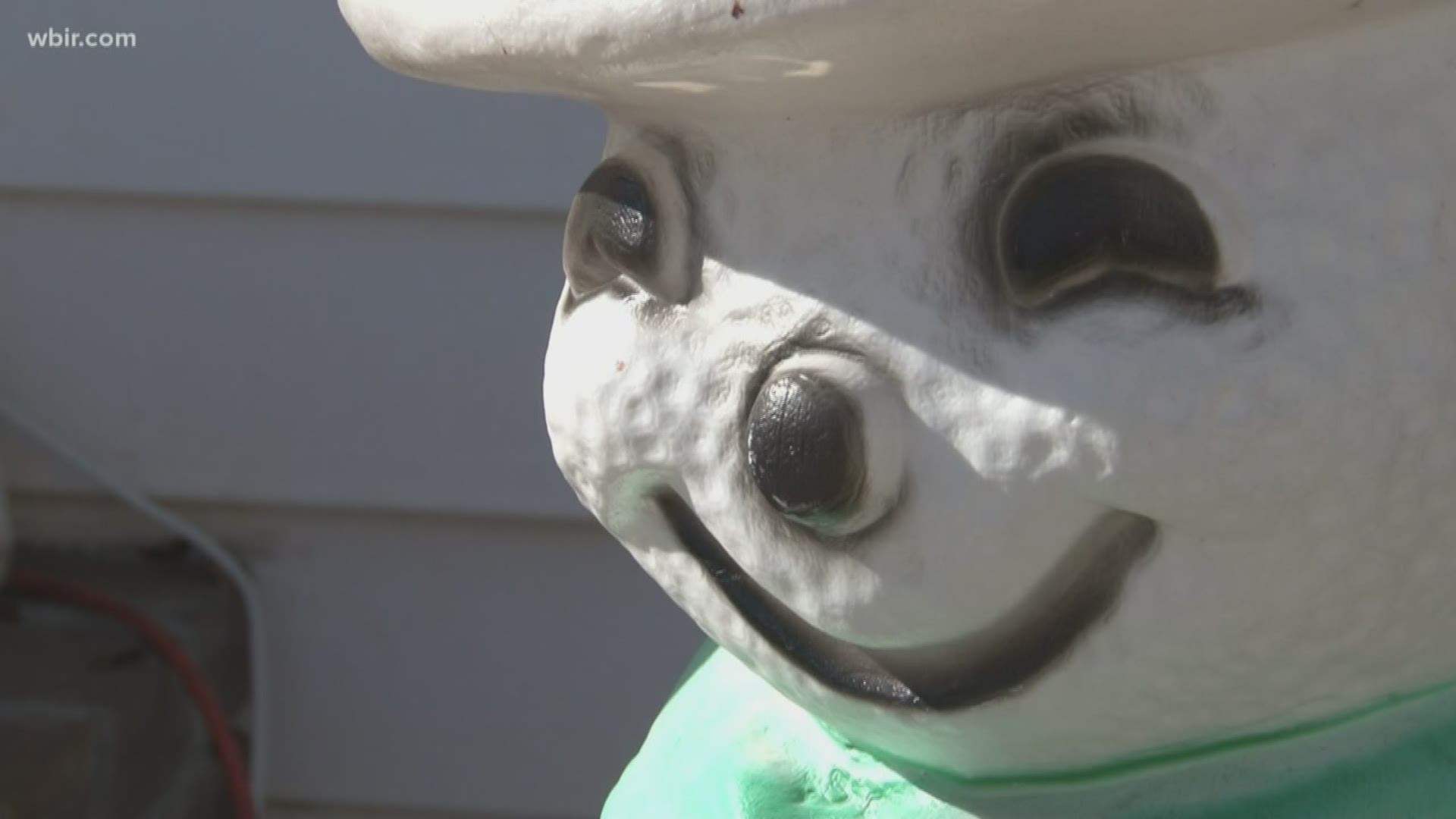 Not even 12 hours after the theft was caught on camera, Sweetwater Police were able to get the antique lawn ornaments back home to Brent Miller.

Officers said cameras and community help played a large role in that reunion.

Miller's Christmas scene is now complete, but that wasn't the case Monday night when Miller noticed his antique snowman and wreath were missing from his yard in Sweetwater.

"Well I was heartsick, I really was heartsick because at the time, there was a lot of uncertainties out there," Miller explained.

He filed a police report because the snowman wasn't a run-of-the-mill lawn ornament. None of his blow mold yard decorations are.

"They were passed down from my family who purchased them from Sears and Roebuck back in the late 60s, early 70s," Miller said.

It wasn't long after the report was filed before neighbors started pitching in to find Frosty. They sent videos from security cameras and offered tips.

RELATED: Local retailers, homeowners start to decorate for the holidays

"You know they took Frosty and just unplugged him and grabbed him up and threw him in the back of the truck, you know that's no way to treat Frosty," Chief Eddie Byrum explained.

On Tuesday, Sweetwater Police found the snowman in a teenager's room.

"To them, it was kind of a prank, you know, to go out and steal decorations and stuff like that, but in Brent's case, it's a very serious issue because this all has value," Byrum added.

Police said crimes like this happen more around the holidays, but that doesn't excuse it.

"Theft's theft, and we're not gonna tolerate it," Byrum added.

Byrum said having surveillance cameras, good lighting and putting decorations closer to the house is a good way to keep things safe.

When Frosty was returned, his hat had a crack.

For now, Miller is thankful to have his now slightly damaged snowman back thanks to the community's help.

"I was thrilled beyond belief," Miller laughed. "Definitely a Christmas miracle."

Miller said he'll be taking extra precautions to avoid this from happening again.