Reconstructed fort reflects the architecture of the day and is built on the original fort's foundation. 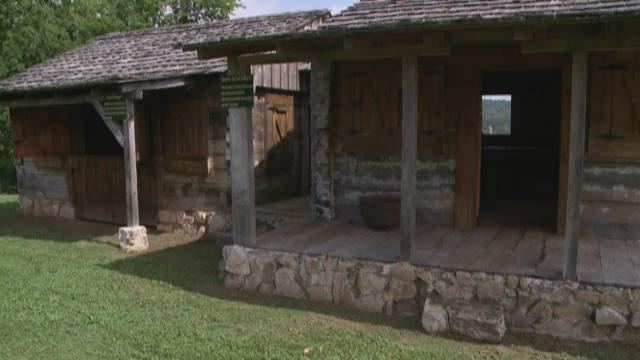 High above Kingston, Fort Southwest Point is on a hill overlooking the Tennessee, Clinch, and Emory Rivers.

"It was a good strategic point because they could control and oversee the rivers," Ken Inmon said.

Of course it wasn't the view back in the late 1700s when Fort Southwest Point was built. That was long before TVA changed the course of the rivers with dams.

"This was the post-revolutionary period right after the revolution but before the war of 1812," he said.

Ken Inmon is the Fort Agent.

He said Fort Southwest Point was built in 1797 and remained a working fort through 1811 when the soldiers moved to a different location.

It was a large fort with about 15 buildings. It housed hundreds of soldiers.

But the buildings there today are not the original barracks and supply buildings and palisade walls.

"It's a reconstruction. It's the only fort in Tennessee that's been reconstructed on its original foundation site," he said.

The reconstruction process started in the mid-1970s with archeological digs to discover the building foundations.

The structures reflect the building materials and sizes of the time. For example, the short doors are built for the shorter people back then. But it's impossible to create an exact replica.

"Most of the records were destroyed in the war of 1812 concerning the Fort," he said.

The City of Kingston owns and operates the Fort. You are welcome to visit it to learn its history and enjoy its beautiful view.

Fort Southwest Point is open Tuesday through Saturday from 10:00 to 4:00. It is free!