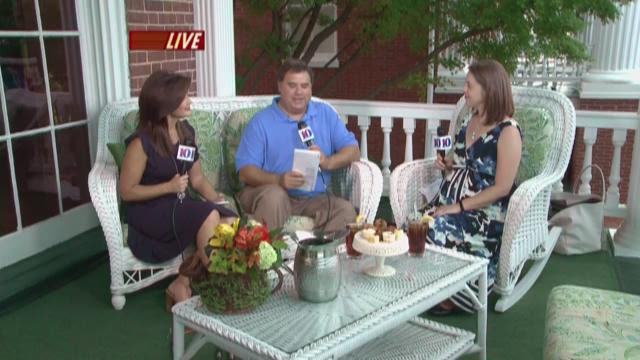 The Barter Theatre is a staple in the Abingdon, Virginia community.

It was started in 1933 by a man named Robert Porterfield.

Porterfield owned a farm in Abingdon and was a professional actor working in New York City.

During the Great Depression, many actors didn't have anywhere to work.

Porterfield suggested making the old Abingdon Opera House a “trading theater”, and they traded goods with other local farmers.

"You could see shows for 33 cents or the equivalent of produce,” said Associate Artistic Director, Katy Brown. “Their first summer they made less than $5, but there was a collective weight gain of over 300 lbs. So they decided that it was a great big success, and we've been operating ever since."

The Barter Theatre now has a staff of more than 130 people, and they still have trading nights.

Those goods are donated to local food banks.